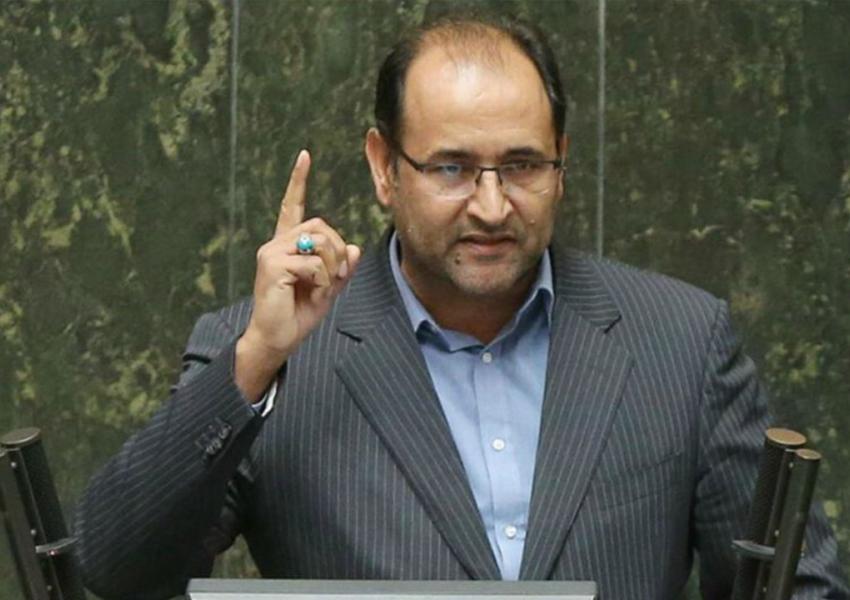 A hardliner lawmaker close to Iran's President Ebrahim Raisi (Raeesi) says nuclear negotiations with the United States and other world powers are most likely to resume by late March 2022 before the Iranian New Year Nowruz.

Jalil Rahimi Jahanabadi, who is a member of the Iranian parliament's National Security and Foreign Policy Committee, said in an interview with the Iranian Labour News Agency (ILNA) on Thursday that the 2015 nuclear deal is a framework for international cooperation based on rationality.

Explaining the Joint Comprehensive Plan of Action (JCPOA), Jahanabadi, who recently accompanied Raisi during his visit to Tajikistan said the agreement is a solid framework that can still work. Referring to Iran joining the Shanghai Cooperation Organization (SCO) this month, he argued that "there is no need for us to choose between Asia and the JCPOA. We can continue the negotiations on the JCPOA while continuing our ‘Looking East’ policy at the same time.”

In a strange claim Jahanabadi said that "the sanctions have caused losses to Iran and the West, but “the West's loss has been four to five times bigger than our loss.”

Echoing recent statements by other hardliners, the lawmaker said, "The JCPOA provides a mutual opportunity that allows Western countries to come back to our country and revive their economic power while also giving us a chance to maintain good relations with the East and acquire a major part of our requirements through our ties within the SCO. At the same time, the SCO offers political, security and economic advantages to us.”

He explained that Westerners can return to Iran's gas, oil and petrochemical products markets and protect themselves against the perils of sanctions that work like a two-edged sword that cause damage to both sides. "It was the West's stupidity that deprived them of many opportunities in our country," Jahanabadi said.

The international community has mostly stayed away from Iran’s domestic market and has avoided investments even before the nuclear dispute and sanctions in the past 15 years.

Reiterating that negotiations can start before the Iranian New Year, Jahanabdi said it is up to the Western countries to make the talks fruitful for both sides.

He said that what happened in Afghanistan showed that the West is in a downhill course toward decline. "The United States is dragging the rest of the Western world in its declining course," he opined.

Meanwhile, in an interview published by ILNA in Tehran, political analyst Ali Bigdeli said that Iran's position during IAEA Chief Rafael Grossi's visit to Tehran and agreeing to allow the agency to resume monitoring at Iran's nuclear establishment was a "timely retreat," however, he added that Iranian Nuclear Chief Mohammad Eslami's speech at the IAEA headquarters was not strong enough.

While Eslami had called for the lifting of all the sanctions against Iran, Bigdeli said Iran should lower its expectations.

Bigdeli said that US President Joe Biden's comments about Iran in his UNGA address was devoid of threats and strong words and that is a good sign. "Both sides are looking forward to reviving the negotiations," he said.

He also said that Iran wishes to return to the JCPOA as it was, which means Iran's commitments will end by 2025, but the United States wants a new deal that would push the agreement's termination to 2050. Iran finds this difficult, particularly as the US side wishes to include other subjects including Iran's missile program, its regional ambitions and its violation of human rights in the new deal.

Iran's currency has dropped to its lowest level in one year due to pessimism over the chances of success in nuclear talks with the West. END_OF_DOCUMENT_TOKEN_TO_BE_REPLACED

A French presidency official has told reporters that Iran must return to nuclear talks with world powers to avoid an escalation. END_OF_DOCUMENT_TOKEN_TO_BE_REPLACED

Iran has rejected a US call to grant UN inspectors access to a nuclear site, saying Washington was not qualified to demand inspections without condemning a sabotage attack on the facility END_OF_DOCUMENT_TOKEN_TO_BE_REPLACED

The head of Iran's atomic energy organization, Mohammad Eslami, has arrived in Moscow for talks with the chief executive of Russian state nuclear firm Rosatom. END_OF_DOCUMENT_TOKEN_TO_BE_REPLACED