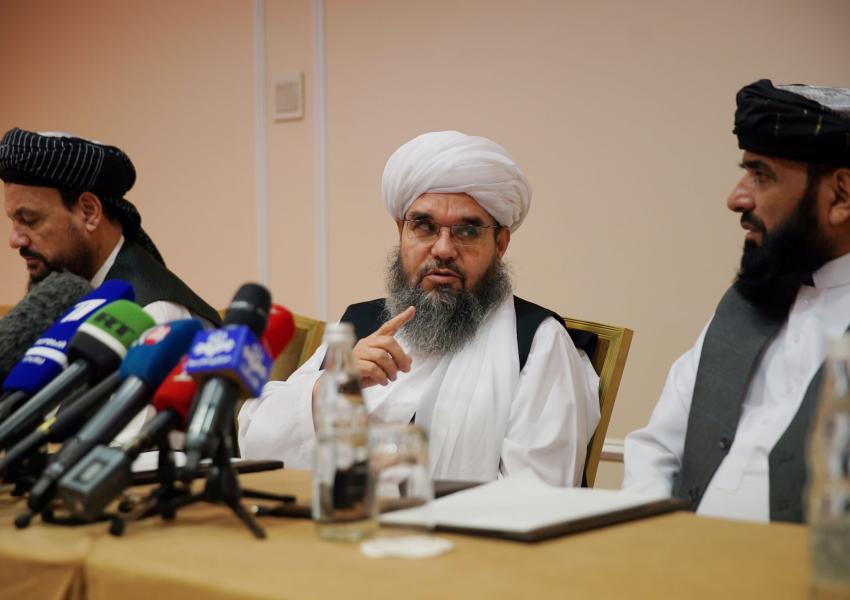 Mohammad-Taghi Hashemi, an Iranian official in Khorasan-Rzazavi province bordering Afghanistan said Sunday that the Taliban has "unofficially" agreed to normalize transit through border crossings they have seized. Officials say transport of goods through one of the border crossings into Taliban-controlled territory is in process now.

Transport of goods between Iran and Afghanistan stopped following the Taliban capture of two key border crossings --  Dogharoon-Islam Qala, near the city of Taybad in Iran's Khorasan Razavi province, and Mahiroud, near the city of Birjand in South Khorasan province on Thursday and Friday, leaving open only the Milak-Zaranj border crossing in Sistan-Baluchestan province further south.

According to Hashemi, the official opening of the border crossings is awaiting orders from the capital. The border is expected to open officially in the next few days given "the people and government of Afghanistan and the local people's need for exchange [of goods] across the border and the income from that," he said, although it is the Taliban who would charge fees from transit of goods, not the government.

The spokesman of Iran's Customs Organization, Seyed Ruhollah Latifi, said Sunday that Mahirood-Abu Nasr Farahi border crossing in South Khorasan is now open to trucks delivering Iranian goods to Afghanistan and transportation across the border is in process as normal.

Latifi said Saturday that what happens on the other side of the border is outside the Iranian customs' jurisdiction and merchants can move their merchandise out of Iran if they complete the Iranian customs procedures. "After completion of customs procedures, Afghan merchants based on their own discretion are moving their merchandise out of Iran using their own trucks."

According to Latifi traffic across the border from Mahirood was slow on Saturday due to abandoned trucks on the Afghan side of the border.

The Taliban have recently made considerable territorial gains in fresh offensives, particularly in the north, the traditional stronghold of many former mujahedeen leaders. Kabul has in response tried to arm local volunteers and militias.

The seizure of border areas across from Iran on Thursday cast a shadow on two-day talks between the Taliban and the Afghan government in Tehran that concluded Thursday with a joint commitment to peaceful resolution of the Afghan conflict. The Taliban advance came only hours after the two sides had issued a statement describing the talks as "cordial."

Some Iranian hardliners have recently welcomed the idea of a Taliban government in Afghanistan. Kayhan, funded by the office of Supreme Leader Ali Khamenei, tried to lessen the potential dangers of a Taliban takeover in a commentary on June 27.

A Wall Street Journal report from Kabul Sunday quoted a Taliban Commander in Central Afghanistan as claiming that Iran sponsors the Taliban fighters with rifles and ammunition, and a monthly wage of $580.

The report also said Afghan and Western officials say Tehran has quietly increased its supply of weapons, ammunition and funding to the Taliban and is now recruiting and training their fighters to counter US influence in the region and provide a counterweight to Islamic State's move into the Taliban territory in Afghanistan.

Iran's president Ebrahim Raisi addressed the UN General Assembly saying his country wants a resumption of nuclear talks with world powers to lead to the removal of US sanctions. END_OF_DOCUMENT_TOKEN_TO_BE_REPLACED

President Joe Biden told the UN General Assembly on September 21 that he will prevent Iran from getting nuclear weapons. END_OF_DOCUMENT_TOKEN_TO_BE_REPLACED

India has seized nearly three tons or $2.72 billion worth of Afghan heorin shipped from Iran. END_OF_DOCUMENT_TOKEN_TO_BE_REPLACED

Iran's foreign ministry spokesman has said that nuclear talks with world powers will start in a few weeks but has not given a firm date. END_OF_DOCUMENT_TOKEN_TO_BE_REPLACED