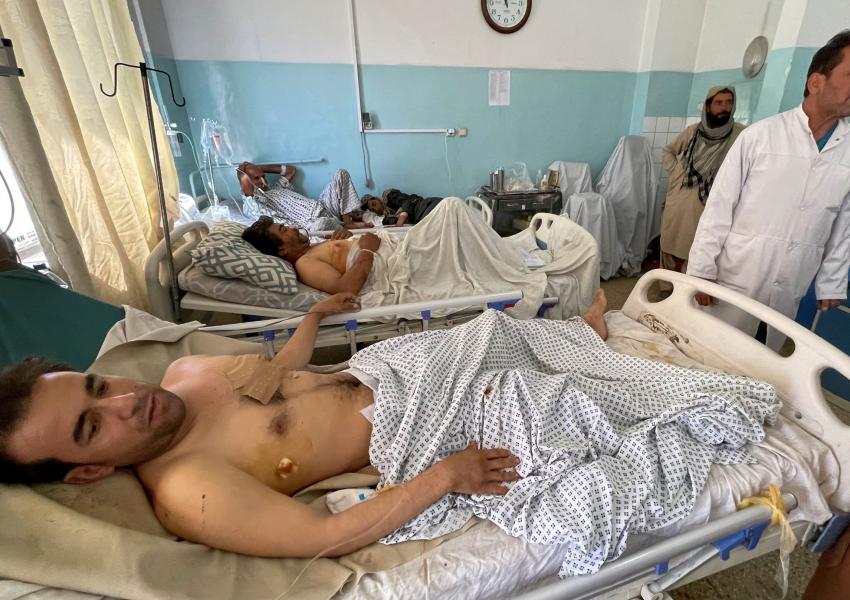 According to Tasnim News Agency, Khatibzadeh expressed support for the forming of "an all-inclusive government" in Kabul that could combat the "targeting the defenseless people of Afghanistan and any terrorist operations in which women, men, young people and children are attacked.”

The Telegram channel of the Islamic State group (Isis, Daesh) based largely in Syria and Iraq announced that Abdul Raham al-Logari − a member of the ‘Islamic State of the Levant, Khorasan Province (ISKP),’ Isis’s Afghan affiliate − had carried out “the martyrdom operations near Kabul airport” targeting "translators and collaborators with the American army."

While the Iranian media made sparse comment Friday, many Iranians on social media were taken aback by the use of the word ‘Khorasan.’ One BBC Persian-service journalist suggested this could be seen as a snub to Iranians: “Khorasan is a beloved name for us in Iran and Afghanistan, as an essential part of our culture and history. It is unfortunate if many hear the name for the first time affiliated with Isis. Khorasan is the land of incredible music, poetry and architecture.” 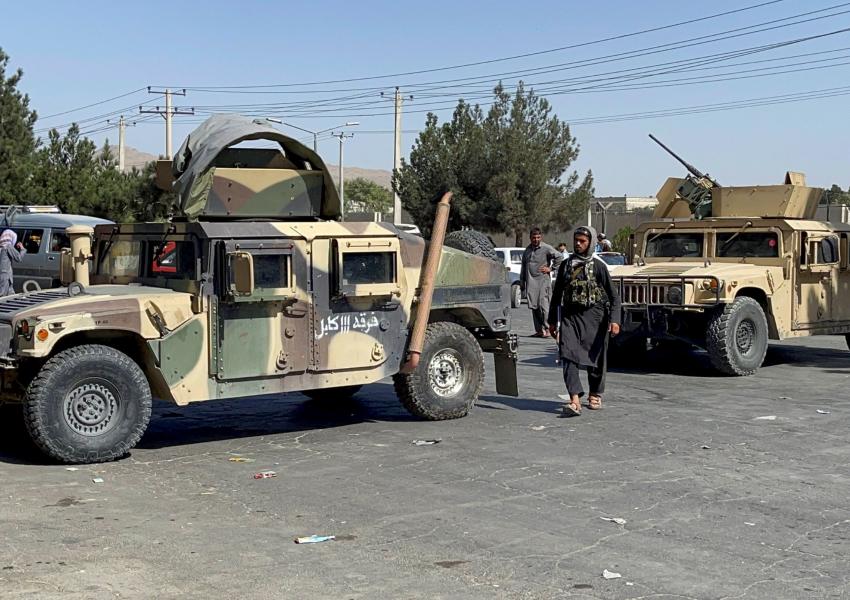 ISKP takes its name Khorasan from a swath of land including parts of eastern Iran and central Asia held by a series of Muslim dynasties. ISKP has operated since around 2015, after being formed apparently by militants who had fought in Syria and Iraq, and has carried out many attacks in Afghanistan.

While these attacks, including ones on a maternity ward, a Shia mosque as well as the Taliban and Afghan government officials, the group had so far attracted little international attention. The media’s blanket coverage of Kabul airport, often focused on the efforts to leave by those who had worked for American forces, offered a tempting target, as several intelligence agencies had warned.

For Iran, the dramatic emergence of ISKP highlights a potential threat from virulently anti-Shia militants, and need for a broad-based government, just as it broadly welcomes the ending of the 20-year United States military presence in Afghanistan.

In a meeting with Pakistani Foreign Minister Shah Mahmood Qureshi on Thursday, before the bombing, President Ebrahim Raisi (Raeesi) called the US withdrawal from Afghanistan "a turning point for the interaction of all Afghan groups for peace, security and stability in Afghanistan” and said that other countries, including neighbors, should “be a facilitator to the establishment of an inclusive and participatory government.”

On his first day in office, Thursday, Iran's new foreign minister, Hossein Amir-Abdollahian, met with Makhdoom Shah Mahmood Qureshi, the Pakistani foreign minister, and welcomed Islamabad’s proposal for an early meeting of the ministers of Afghanistan's six neighbors, with Iran willing to host.

US forces helping to evacuate Afghans trying to leave rule braced for more attacks in Kabul, Reuters reported Friday. The US is sticking to its August 31 deadline – already extended from the May 1 deadline agreed by President Donald Trump with the Taliban in 2020 – for withdrawing US forces, although Washington is set to continue drone and other strikes. President Joe Biden vowed Thursday to complete the evacuation of Americans and others from Afghanistan and to avenge the deaths of the US soldiers killed in Thursday’s attack.

Associated Press reported Friday that evacuation flights had resumed. “We expect these attacks to continue,” General Frank McKenzie, who oversees the US evacuation, said Thursday. McKenzie noted that the Isis threat persisted alongside "other active threat streams," adding there was no evidence that Taliban forces had let Thursday’s bombing take place.

Iran's president Ebrahim Raisi addressed the UN General Assembly saying his country wants a resumption of nuclear talks with world powers to lead to the removal of US sanctions. END_OF_DOCUMENT_TOKEN_TO_BE_REPLACED

President Joe Biden told the UN General Assembly on September 21 that he will prevent Iran from getting nuclear weapons. END_OF_DOCUMENT_TOKEN_TO_BE_REPLACED

India has seized nearly three tons or $2.72 billion worth of Afghan heorin shipped from Iran. END_OF_DOCUMENT_TOKEN_TO_BE_REPLACED

Iran's foreign ministry spokesman has said that nuclear talks with world powers will start in a few weeks but has not given a firm date. END_OF_DOCUMENT_TOKEN_TO_BE_REPLACED