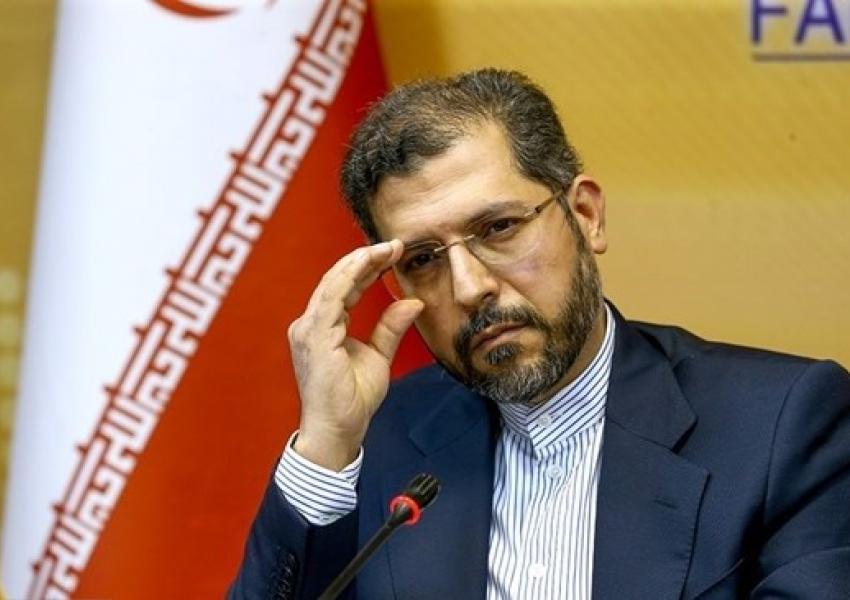 Saeed Khatibzadeh, Iran’s foreign ministry spokesman, said Monday at his press briefing that Foreign Minister Mohammad Javad Zarif had met earlier in the day with President-elect Ebrahim Raisi (Raeesi) to discuss international issues including the JCPOA (Joint Comprehensive Plan of Action), Iran’s 2015 nuclear deal with world powers that talks in Vienna have been working to revive.

Khatibzadeh said a committee had been formed to examine a draft text on steps to revive the JCPOA, which had been prepared by negotiators in Vienna. Representatives from the current presidential administration, parliament and the Supreme National Security Council (SNSC) were all on the committee, he added, without mentioning names.

There has been varying assessments internationally over the possible impact of Raisi’s election on the nuclear talks. During one presidential debate, Raisi said he would accept the JCPOA if this was in the “people’s interests,” echoing his comment during his unsuccessful 2017 presidential campaign that signing the JCPOA had been a “national decision.”

The new committee had met once before the latest round of talks in Vienna, Khatibzadeh said, and would reconvene once Abbas Araghchi, Iran’s lead negotiator, returned from the Austrian capital this week. The talks are currently in recess.

Both President Hassan Rouhani and Supreme Leader Ali Khamenei have said policy over the nuclear issue is made collectively through the SNSC and therefore would be consistent no matter who became president. The new committee appears an attempt to broaden consensus over a return to the JCPOA, a move that could attract criticism from the many principlists, including those in parliament, who have publicly opposed the deal. Raisi, who would chair the SNSC once he takes office as president in August, already sits on the body ex officio as chief justice.

Iran International reported Sunday that a five-part text had been drawn up after six formal rounds of talks since early April between remaining JCPOA signatories – China, France, Germany, Iran, Russia, and the United Kingdom – with a United States delegation in Vienna participating indirectly. As well as ‘political’ sections the agreement focuses on sanctions the US would lift as incompatible with the JCPOA, how Iran would return its program to perhaps modified JCPOA limits, and how the two processes would be co-ordinated.

But many issues remain to be ironed out, Iran International reported, including an Iranian demand for lifting the US executive order signed by Trump in 2019 targeting Khamenei and those associated with him, an order under which Raisi was sanctioned in November 2019. Iran also wants gone at least some US sanctions against the Revolutionary Guards (IRGC).

Khatibzadeh told the briefing it was possible the next round of talks in Vienna would be the last. He added that Iran wanted guarantees from the US that any agreement will not be discarded, as happened in 2018 when former president Donald Trump pulled the US out, and sanctions again imposed.

Iran's president Ebrahim Raisi addressed the UN General Assembly saying his country wants a resumption of nuclear talks with world powers to lead to the removal of US sanctions. END_OF_DOCUMENT_TOKEN_TO_BE_REPLACED

President Joe Biden told the UN General Assembly on September 21 that he will prevent Iran from getting nuclear weapons. END_OF_DOCUMENT_TOKEN_TO_BE_REPLACED

India has seized nearly three tons or $2.72 billion worth of Afghan heorin shipped from Iran. END_OF_DOCUMENT_TOKEN_TO_BE_REPLACED

Iran's foreign ministry spokesman has said that nuclear talks with world powers will start in a few weeks but has not given a firm date. END_OF_DOCUMENT_TOKEN_TO_BE_REPLACED