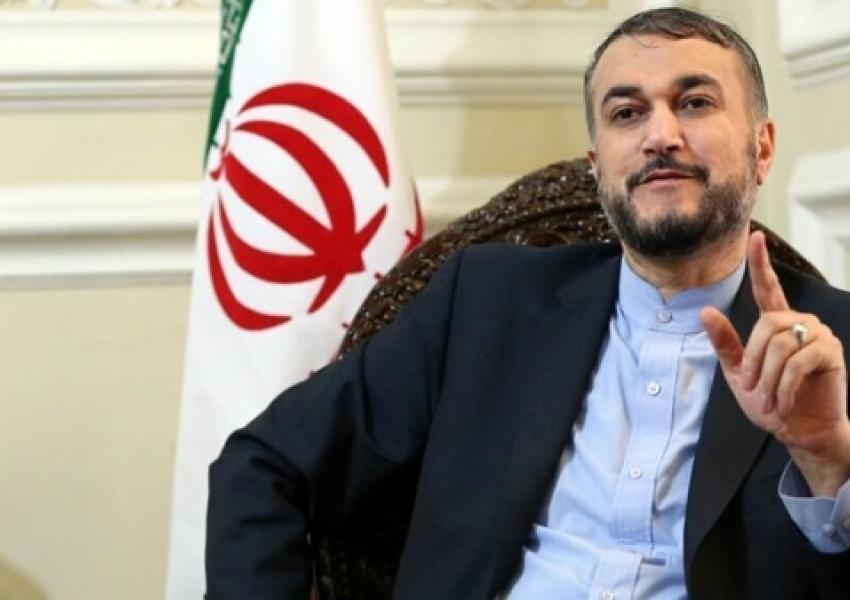 Iran's new foreign minister, Hossein Amir-Abdollahian, will leave for New York on Monday to participate in the 76th General Assembly of the United Nations (UNGA) where he will hold meetings with foreign ministers of Britain, France, China, Russia, and Germany (4+1), but a meeting with US officials is not on his agenda, foreign ministry spokesman announced Sunday morning.

Saedd Khatibzadeh who was speaking at his weekly presser in Tehran stressed that the meetings with the foreign ministers of 4+1 -- the remaining parties to the Joint Comprehensive Plan of Action (JCPOA) -- will be held separately but also hinted that indirect diplomacy was not ruled out and a meeting to break the deadlock in the talks to revive the JCPOA that began in Vienna in April could happen during Amir-Abdollahian's stay in New York.

A joint meeting with the 4+1 foreign ministers could be held if there was "special agenda" and that holding a meeting was "useful", he told reporters but added that so far no decision has been made about such a meeting. "Positive things can happen in Vienna if the US stops unilateral actions," Khatibzadeh said while insisting that Iran is determined not "to offer anything more than the JCPOA, nor receive anything less than it."

Iran left the talks in June and said it would resume the negotiations after the new government of President Ebrahim Raisi was established in office. However almost a month after the swearing-in of Raisi’s cabinet Tehran has not yet set a date for the resumption of the talks.

On Tuesday Iran named Ali Bagheri-Kani, a hardline senior diplomat and a relative of Supreme Leader Ali Khamenei, to replace former chief negotiator and deputy foreign minister Abbas Araghchi. Bagheri-Kani was a member of Iran's nuclear negotiating team during former President Mahmoud Ahmadinejad's tenure when Iran's nuclear diplomacy failed, and international sanctions were imposed. Before his appointment observers opined that the change could suggest Iran is likely to shift to a tougher stance in the nuclear talks.

The US Ambassador to the UN, Linda Thomas-Greenfield, said Friday that Secretary of State Antony Blinken had no plans to meet with his new Iranian counterpart at the annual gathering of world leaders in New York. "We have been engaged with the Iranians in Vienna, and those discussions will continue," Thomas-Greenfield, told reporters while stressing that no plans had been made for bilateral meetings with Iranian officials. "But that doesn't mean that we don't see value in having discussions with the Iranians because we do want to move forward on issues related to the JCPOA," she said.

The JCPOA fell apart in 2018 after former US President Donald Trump unilaterally withdrew from the agreement and imposed sweeping sanctions on Iran. Since the US withdrawal, Iran has taken various steps in its nuclear activities that are in violation of its commitments under the deal. President Joe Biden has pledged to revive the deal and lift JCPOA-related sanctions on Iran, but disagreements remain over how mutual steps could be sequenced and if Iran would agree to make compromises over its missile program and interventionist regional policies.

Iran’s UN envoy, Majid Takht-Ravanchi, announced on Friday that President Ebrahim Raisi will not go to New York for the UNGA meeting but will address the annual gathering via video link on Tuesday. Raisi is under US sanctions.

The foreign ministry spokesman said Amir-Abdollahian has 45 meetings with his counterparts and officials of international organizations on his agenda during his visit to New York.

Iran at UN
Amir-Abdollahian to NY

Iran's president Ebrahim Raisi addressed the UN General Assembly saying his country wants a resumption of nuclear talks with world powers to lead to the removal of US sanctions. END_OF_DOCUMENT_TOKEN_TO_BE_REPLACED

President Joe Biden told the UN General Assembly on September 21 that he will prevent Iran from getting nuclear weapons. END_OF_DOCUMENT_TOKEN_TO_BE_REPLACED

India has seized nearly three tons or $2.72 billion worth of Afghan heorin shipped from Iran. END_OF_DOCUMENT_TOKEN_TO_BE_REPLACED

Iran's foreign ministry spokesman has said that nuclear talks with world powers will start in a few weeks but has not given a firm date. END_OF_DOCUMENT_TOKEN_TO_BE_REPLACED

Debate continues in Iran over the country's nuclear negotiating strategy, with some praising a tougher approach and others cautioning against dogmatism.
6 hours 42 min ago

There will be no meeting of the Iran nuclear deal participants on the sidelines of the UN General Assembly this week, the EU and Iran have announced.
12 hours 3 min ago