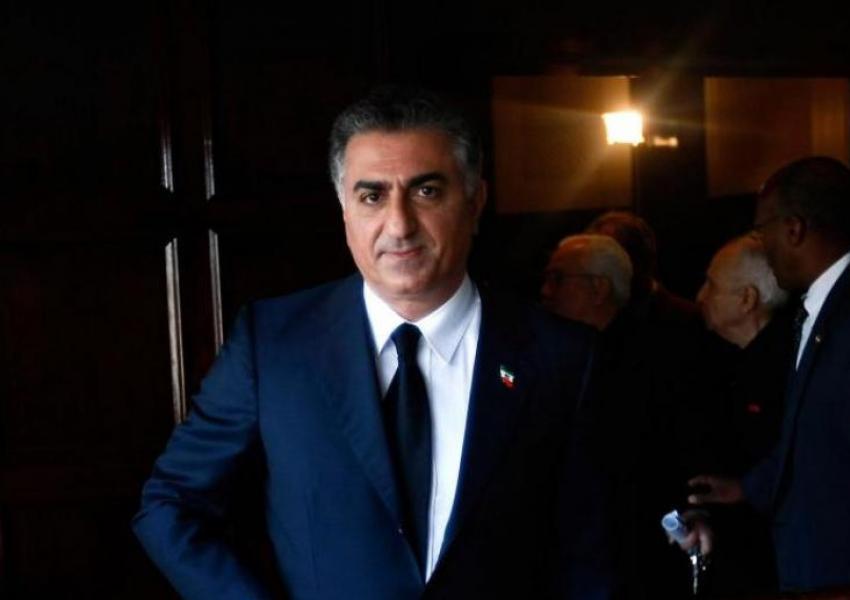 Iran’s exiled Prince Reza Pahlavi in a meeting and discussions with 50 American-Jewish organizations on July 8 asked for more pressure to be exerted on the Islamic Republic, and support for protests by people in Iran.

The Conference of Presidents of Major American Jewish Organizations had extended an invitation to the exiled prince to address their meeting, as concerns grow in the United States and Israel over President Joe Biden’s declared intention to return to the 2015 nuclear agreement with Iran and lift sanctions.

The officially announced attendance of the prince at the meeting and the disclosure of its goal is an unprecedented development in the history of Iran’s opposition forces trying to change the form of government in their country. Prince Reza Pahlavi’s father Mohammad Reza Pahlavi who was a close Western ally in the Cold War, was overthrown in 1979 by a revolution led by clerics and leftist forces, which ended Iran’s 2,500 years of monarchy.

An informed source told Iran International, “Prince Reza Pahlavi asked all the groups present to use their influence in Washington to continue to exert pressure on the Islamic Republic and to show maximum support for the Iranian people.”

The Islamic Republic is a sworn enemy of Israel and its top officials have called for the destruction of the Jewish state in the past. Tehran has helped create the Lebanese Hezbollah and has supported many other groups with militant opposition to Israel. In this context, the readiness of Pahlavi to openly ask for the support of Jewish groups is a direct challenge to the Islamic Republic’s core ideology.

Prince Pahlavi, according to the source, called for international support for striking Iranian workers, including financial assistance.

The strike by thousands of workers, primarily in the oil and petrochemical sectors, has been going on for two weeks but general international awareness is low and large Western labor groups have not launched any solidarity action with Iranian workers who face the danger of persecution and arrests.

The Islamic Republic’s security forces killed up to 1,500 people who came out to protest a sudden rise in gasoline prices in November 2019 and they also arrested more than 8,000. Many labor activists have been jailed and some tortured since 2017.

Prince Pahlavi mentioned historical ties between Iranians and Jews, going back to 500 BC and the liberation of captive Jews from Babylon by the Persian king Cyrus the Great. He said that a free Iran can again establish friendly relations with Israel and other nations in the Middle East.

The invitation extended to the exiled prince to speak at the conference called him a leader and defender of principles of freedom and democracy and a person who wants to bring about change of government in Iran through peaceful civil disobedience and forming a new government based on a national referendum.

A group of more than 30 well-known Iranian activists also sent a letter to Israel's Prime Minister Naftali Bennett on Thursday, asking him to continue pressure on the Islamic Republic.

Reza Pahlavi has always said he will defer to the decision of the nation in choosing its next form of government and he will assist the process as a concerned Iranian.

Iran's president Ebrahim Raisi addressed the UN General Assembly saying his country wants a resumption of nuclear talks with world powers to lead to the removal of US sanctions. END_OF_DOCUMENT_TOKEN_TO_BE_REPLACED

President Joe Biden told the UN General Assembly on September 21 that he will prevent Iran from getting nuclear weapons. END_OF_DOCUMENT_TOKEN_TO_BE_REPLACED

India has seized nearly three tons or $2.72 billion worth of Afghan heorin shipped from Iran. END_OF_DOCUMENT_TOKEN_TO_BE_REPLACED

Iran's foreign ministry spokesman has said that nuclear talks with world powers will start in a few weeks but has not given a firm date. END_OF_DOCUMENT_TOKEN_TO_BE_REPLACED