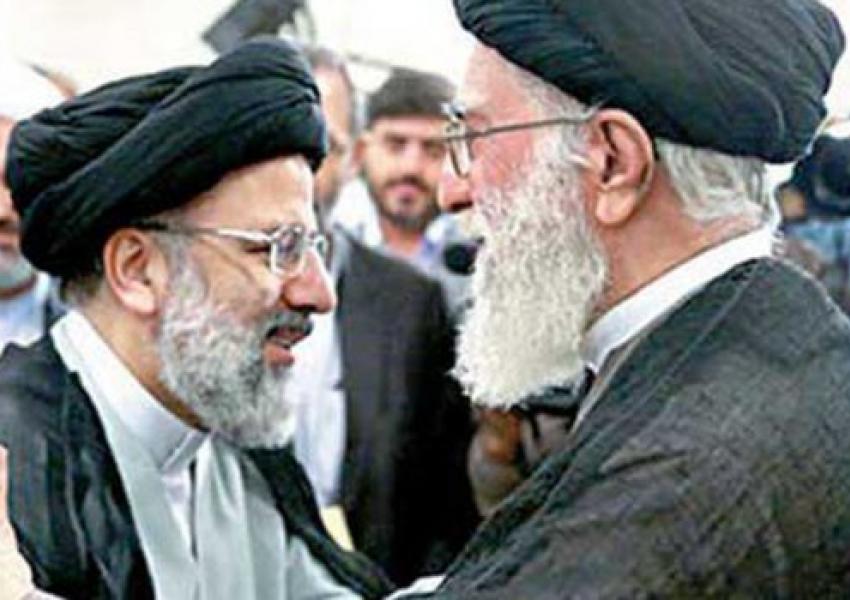 Tehran appears to be under diplomatic pressure from Europe and the United States to return to nuclear negotiations as some local media are hinting that lifting US sanctions should be President Ebrahim Raisi’s priority. At the same time, there appears to be no political will in the Raisi administration to return to the negotiations in a bid to lift the sanctions and rescue Iran’s troubled economy.

Iran's Foreign Minister Hossein Amir Abdollahian has criticized US officials for reiterating time and again that their proposals will not remain on the table forever, and that they have other options if Iran refuses to negotiate.

Amir Abdollahian said in an interview with the Iranian state TV earlier this week that this rhetoric was "repetitive and tedious," adding that the US side is not likely to get any result before it learns to address Iranians politely.

Etemad Online observed on Thursday, September 2 that the diplomatic pause is still lingering some 70 days after the end of the last round of indirect talks between Iran and the United States to revive the nuclear deal known as JCPOA. The article concluded that this prolonged delay in finalizing the talks will not help the revival of the 2015 agreement.

Amir Abdollahian told the Iranian TV that the transition from the Rouhani administration to Raisi's government takes at least three months. This comes while the US side is running out of patience. Special envoy for Iran Robert Malley has characterized Tehran's continued 60 percent uranium enrichment as "provocative."

While conservative media outlets such as Alef in Tehran reflect pressure by some Iranian conservatives on Raisi to find a solution and make sure that US sanctions are lifted, Etemad online, a reformist newspaper, believes that no one in the Raisi administration appears to have a positive attitude toward reviving the JCPOA.

Rumors have circulated that the nuclear case is going to be handed over from the Foreign Ministry to the Supreme Council of National Security, but no practical measure is on the table to indicate that there is a will to resolve the crisis.

Alef mentions a series of serious measures Raisi needs to take to revive the country's economy. In Alef's list, lifting the sanctions is buried at the bottom of the list as the topic is still taboo. Other solutions such as "removing the barriers to production" simply echo formulaic statements by Supreme Leader Ali Khamenei and are included in the list only to sugar-coat the bitter pill of making a deal with the US to lift the sanctions.

Etemad Online argues that looking at Raisi's ministerial choices reveals that he has not been considering negotiations as urgent. Even in Raisi's declared policies and priorities the nuclear talks are barely mentioned.

US State Department Spokesman Ned Price has rolled the ball in Iran's court, saying that it is up to Tehran to decide how to come up with a plan that ensures a bilateral return to the JCPOA. In recent days, the EU and Russia have also separately called on Iran to return to the talks immediately.

Nonetheless, according to Etemad online, the Raisi administration does not seem to believe that delaying negotiations will adversely affect the JCPOA as Iran is stockpiling 60-percent enriched uranium. But Etemad Online argues this might lead to more US sanctions and even returning Iran's nuclear case to the UN Security Council.

Iran's president Ebrahim Raisi addressed the UN General Assembly saying his country wants a resumption of nuclear talks with world powers to lead to the removal of US sanctions. END_OF_DOCUMENT_TOKEN_TO_BE_REPLACED

President Joe Biden told the UN General Assembly on September 21 that he will prevent Iran from getting nuclear weapons. END_OF_DOCUMENT_TOKEN_TO_BE_REPLACED

India has seized nearly three tons or $2.72 billion worth of Afghan heorin shipped from Iran. END_OF_DOCUMENT_TOKEN_TO_BE_REPLACED

Iran's foreign ministry spokesman has said that nuclear talks with world powers will start in a few weeks but has not given a firm date. END_OF_DOCUMENT_TOKEN_TO_BE_REPLACED