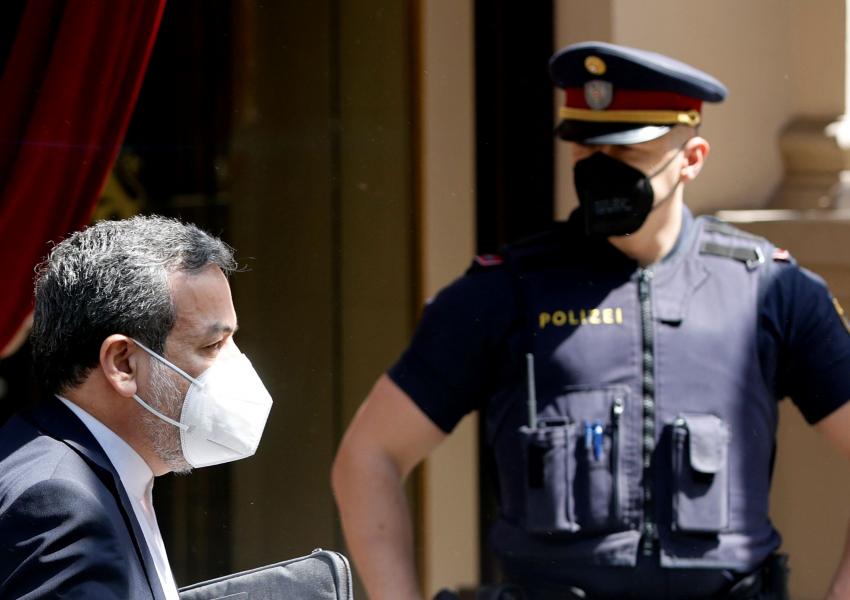 No Resolution Against Iran As Europe, US Keep Focus On Restoring JCPOA

A decision by France, Germany, the United Kingdom, and the United States not to raise a resolution critical of Iran at next week’s board meeting of the International Atomic Energy Agency (IAEA) reflects a desire not to further complicate talks in Vienna aimed at reviving the 2015 Iran nuclear deal.

It also illustrates cooperation between Washington and the ‘E3’ in contrast to the tensions during the previous US administration of President Donald Trump, which withdrew from the 2015 deal, the JCPOA, and imposed stringent unilateral sanctions on Iran. The Vienna talks formally involve the remaining JCPOA signatories – the E3, China, Iran, and Russia – with a US delegation in the Austrian capital participating indirectly.

The E3, with US backing, has pondered a resolution criticizing Iran’s failure to explain uranium traces in four sites inspected by the IAEA believed linked to work predating the JCPOA despite earlier promises to do so. Alongside the Vienna talks –which have been going on for around a month – the IAEA is now inspecting the Iranian nuclear program under temporary access arrangements agreed by its director-general Rafael Manuel Grossi in February.

An IAEA report on May 31 revealed the agency’s frustration in particular at Iran over 18 months not accounting for multiple uranium particles at one location that Tehran had not declared as an atomic site as required by its Safeguards Agreement under the Nuclear Non-Proliferation Treaty. A French foreign ministry spokeswoman expressed “great concern” at the report and urged Iran “to provide such answers as swiftly as possible.”

At home and internationally, President Joe Biden has sought to build consensus in a break with his predecessor’s approach. This has brought Washington closer to the E3 over Iran, while Russia and China also want the JCPOA revived. All want to maximize IAEA access, although Russia and China are more sympathetic to Iran’s decision, following the killing of an Iranian nuclear scientist in November, to restrict IAEA access, leading to the interim arrangement Grossi negotiated in February.

But consensus may be less easily achieved as the Vienna talks move towards more challenging issues: defining which US sanctions are incompatible with the JCPOA and agreeing which aspects of Iran’s nuclear program, which has been expanded and modified since 2019, exceed JCPOA limits.

With the Vienna talks passing a fifth round, the E3 and US appear to have decided that a resolution at the IAEA over the unexplained uranium particles would complicate matters and stretch consensus: and that it is better to concentrate on the JCPOA talks.

Iran has warned over the ‘politicizing’ what it says are technical issues. Kazem Gharibabadi, IAEA ambassador, this week disclosed that Ali Akbar Salehi, head of the Atomic Energy Organization of Iran (AEOI), wrote to Grossi after the IAEA May 31 report insisting that the interim inspection arrangements had expired. Iran would nonetheless − Gharibabadi tweeted − “continue recording [in nuclear sites] for one month…providing another opportunity to conclude bilateral tech negotiations with the agency.”

In an interview with Iranian state television, Gharibabadi, illustrated the tangle all these issues. “There were contacts and requests from the Agency and the countries that are negotiating with us in the framework of the JCPOA talks to extend this understanding [over IAEA access] for another period…Iran decided to continue recording data for another month in its own good faith…you are aware that we have about three or four disputes concerning safeguards [the uranium traces] with the agency. We repeatedly told the agency that these issues are not so important … It is claimed, for example, that some activities took place about two decades ago. The agency took samples and some contaminants were found in one or two places, and we are working with the agency to clear up these ambiguities.”

Grossi stressed in March that while the temporary access arrangement would restrict the IAEA’s ability to access Iran’s nuclear program it was the best currently possible and would enable the agency to “resume its full verification and monitoring…under the JCPOA if and when Iran resumes its implementation of those [JCPOA] commitments.”

Iran's president Ebrahim Raisi addressed the UN General Assembly saying his country wants a resumption of nuclear talks with world powers to lead to the removal of US sanctions. END_OF_DOCUMENT_TOKEN_TO_BE_REPLACED

President Joe Biden told the UN General Assembly on September 21 that he will prevent Iran from getting nuclear weapons. END_OF_DOCUMENT_TOKEN_TO_BE_REPLACED

India has seized nearly three tons or $2.72 billion worth of Afghan heorin shipped from Iran. END_OF_DOCUMENT_TOKEN_TO_BE_REPLACED

Iran's foreign ministry spokesman has said that nuclear talks with world powers will start in a few weeks but has not given a firm date. END_OF_DOCUMENT_TOKEN_TO_BE_REPLACED