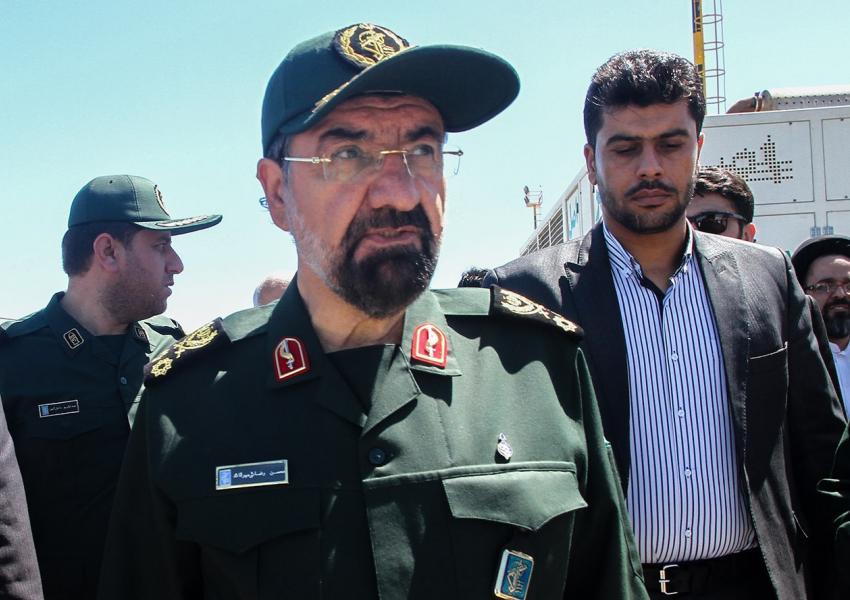 Mohsen Rezaei (Rezaee), Secretary of Iran’s Expediency Council, told an audience in Yazd Saturday that Iran raising its uranium enrichment to 60 percent would “result in the lifting of sanctions by America.”

In 2019 Iran began exceeding a limit of 3.67 percent on uranium enrichment set by its 2015 deal with world powers, the JCPOA (Joint Comprehensive Plan of Action). Since President Donald Trump abandoned the deal in 2018 and imposed stringent sanctions, Iran has gradually increased enrichment level to 20 percent. Tehran has said it will not reverse course, and will instead expand its nuclear program, as long as the US maintains the sanctions, deemed ‘maximum pressure’ by the Trump administration and so far continued under President Joe Biden.

Leading non-proliferation experts in January pointed out that while Iran implemented the JCPOA until the US left it, the weakening of the deal was undermining “global efforts to prevent the spread of nuclear weapons.” While enrichment up to and including 20 percent has common civilian uses, 60 percent enrichment as envisaged by Rezaei would leave Iran a short step from the ‘weapons grade’ level of 60 percent.

Jake Sullivan, the US National Security Advisor, announced on Friday that indirect negotiations were taking place with Iran through various channels, including European powers. While the Biden administration has said it wants to revive the JCPOA, it has demanded that Iran first reverse nuclear steps beyond JCPOA limits, while the deal’s critics in Washington have argued Biden should retain ‘maximum pressure’ to force Iranian concessions. Tehran demands that US should return to the JCPOA by lifting the sanctions before it returns to the deal’s nuclear curbs.

While Rezaei is an influential politician and a former commander of Iran’s Revolutionary Guards (IRGC), he is relatively distant from both President Hassan Rouhani, an architect of the JCPOA, and the deal’s critics in the principlist camp.

Rezaei recently told the Financial Times that if Iran received “clear signals” that sanctions would be lifted over the period of a year, Tehran could agree a timetable for reducing its nuclear program. Iran’s foreign ministry and senior officials criticized Rezaei’s comments as weakening Tehran’s position and ascribed it to his motivation to run for the presidency in June.

Iran is under serious pressure because of US sanctions, although oil sales are reportedly starting to increase. On his visit to Yazd, Rezaei told the local prayer leader that the economy was Iran’s most serious challenge.

City officials in Iran's capital Tehran are planning to put locks on large waste containers in the streets to prevent garbage pickers from accessing waste. END_OF_DOCUMENT_TOKEN_TO_BE_REPLACED

The Biden Administration has confirmed to the US Congress that sanction imposed by its predecessor on Iran have drastically reduced Iran's trade with the world. END_OF_DOCUMENT_TOKEN_TO_BE_REPLACED

The UK government said on Sept 20 that Britain would "not rest" until all its dual nationals being held in Iran were returned home. END_OF_DOCUMENT_TOKEN_TO_BE_REPLACED