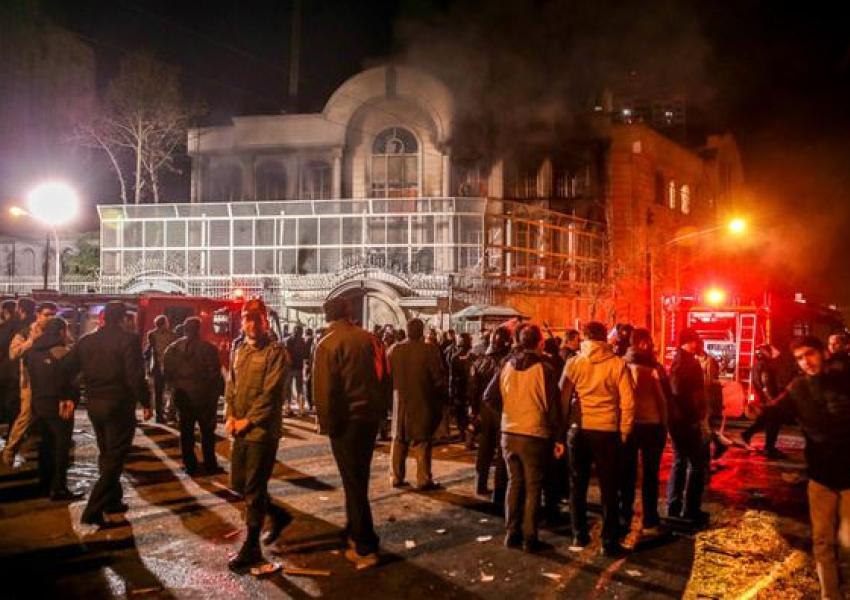 Head of policy planning at the Saudi foreign ministry, Rayed Krimly, confirmed publicly for the first time Friday [April 7] that Riyadh and Tehran are holding direct talks to "explore ways to reduce regional tensions." Reports in mid-April that Iran and Saudi officials had met in Baghdad were denied at the time.

"We hope they prove successful, but it is too early, and premature, to reach any definitive conclusions,” Ambassador Krimly was quoted by Reuters as saying. “Our evaluation will be based on verifiable deeds, and not proclamations.”

Iranian and Iraqi officials have now both confirmed the meetings, the Iranian side at first indirectly. Iraqi President Barham Salih on Wednesday [May 5] said Baghdad had hosted more than one round of talks between Tehran and Riyadh.

Ambassador Krimly declined to provide details on the talks but regional officials and sources had told Reuters that discussions were focused on Yemeni war and on Iran's 2015 nuclear deal with world powers, the Joint Comprehensive Plan of Action (JCPOA). Iran and world powers have held three rounds of talks in Vienna since April 9 to pave the way for the return of the United States to the JCPOA by lifting sanctions on Iran and for Iran's return to its commitments under the deal.

Saudi Arabia has been concerned about the wish of the new United States administration under President Joe Biden to revive the deal. Riyadh strongly supported former president Donald Trump in abandoning the agreement in 2018 and imposing draconian sanctions on Tehran that sent the economy into three years’ recession. Other regional countries, including Israel and the United Arab Emirates, have also criticized efforts to revive the JCPOA, which they say would not prevent Iran from acquiring nuclear weapons in the long run and would allow Iran financial relief.

The Financial Times on April 17 reported a first round of talks on April 9 in Baghdad. The newspaper said that according to one official, discussions – including the role of the Houthis fighting, with some Iranian support, Saudi intervention in Yemen – had been positive. On April 19, AFP reported that the meetings were facilitated by Iraqi Prime Minister Mustafa al-Kadhimi, after he had met with Crown Prince Mohammad and Emirati officials earlier in April.

Qatari Foreign Minister Sheikh Mohammed bin Abdulrahman Al-Thani said Thursday that Gulf Arab states and Iran should agree a format to discuss easing regional tensions. "The GCC (Gulf Cooperation Council) needs to sit with Iran and agree on a regional format among us to address the concerns of the GCC and any concerns that Iran has as well," he told Reuters. Qatar was subject to a Saudi-led blockade from 2017 until January, when one Saudi demand was that Qatar break links with Tehran.

City officials in Iran's capital Tehran are planning to put locks on large waste containers in the streets to prevent garbage pickers from accessing waste. END_OF_DOCUMENT_TOKEN_TO_BE_REPLACED

The Biden Administration has confirmed to the US Congress that sanction imposed by its predecessor on Iran have drastically reduced Iran's trade with the world. END_OF_DOCUMENT_TOKEN_TO_BE_REPLACED

The UK government said on Sept 20 that Britain would "not rest" until all its dual nationals being held in Iran were returned home. END_OF_DOCUMENT_TOKEN_TO_BE_REPLACED