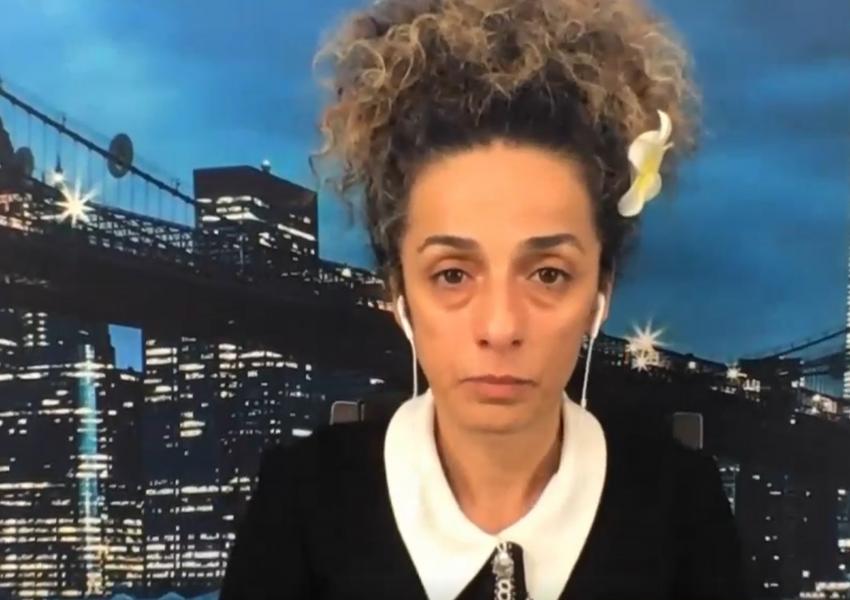 US law enforcement has foiled an attempt by Iranian intelligence agents to kidnap a New York based journalist and has indicted four Iranian nationals with several conspiracy charges, the Justice Department announced on July 13.

Although a statement did not name the target, Iran International learned that she is Masih Alinejad, a well-known journalist and human rights defender living in Brooklyn and contacted her.

Alinejad told Iran International, “Around eight months ago the FBI told me that I am not safe in my own house and should move into a safehouse, but I did not take it seriously until the FBI produced photos of me and my family, showing that we were all under surveillance. They took me to three different safehouses and all three times they [conspirators] found me and finally the FBI decided to expose the plot.” Later Alinejad posted a tweet thanking the FBI.

I am grateful to FBI for foiling the Islamic Republic of Iran's Intelligence Ministry's plot to kidnap me. This plot was orchestrated under Rouhani.

This is the regime that kidnapped & executed Ruhollah Zam. They've also kidnapped and jailed Jamshid Sharmahd and many others pic.twitter.com/HUefdEbiil

The Justice Department said in its statement that since January the Iranian intelligence team was planning to kidnap Alinejad and take her to Venezuela, a close ally of Iran in the Western hemisphere. The team studied ways to use a speedboat to take the victim through the sea to Caracas.

“According to court documents, Alireza Shavaroghi Farahani, aka Vezerat Salimi and Haj Ali, 50; Mahmoud Khazein, 42; Kiya Sadeghi, 35; and Omid Noori, 45, all of Iran, conspired to kidnap a Brooklyn journalist, author and human rights activist for mobilizing public opinion in Iran and around the world to bring about changes to the regime’s laws and practices.,” the DoJ statement said. It added that the woman, Nellie Bahadorifar, originally from Iran and residing in California, is alleged to have provided financial services to support the plot.

The plotters hired private detectives under false pretences to spy on the victim, taking images and spying on her every move. The four-member team had a track record in kidnapping operations. Iran in 2019 kidnapped another independent jounalist, Rouhollah Zam by luring him from Paris to Iraq, where he was seized and taken to Iran. He was sentenced to death and executed In December 2020.

The revelation of such a serious plot by the Iranian government at a sensitive moment in nuclear talks between the United States and Iran poses a serious challenge for President Joe Biden’s administration that overturned Donald Trump’s policy of ‘maximum pressure’ on Iran and decided to conduct talks to revive the Obama-era nuclear agreement called the JCPOA.

Reports emerged on the same day the indictments were announced that the US State Department has waved restrictions on some of Iran's blocked funds in South Korea and Japan, apparently to pay exporters for goods and services they provided to Iran. It is not clear if any cash will reach the coffers of the Islamic Republic.

While the plot was in motion in New York, the Biden administration has also been negotiating over mutual prisoner releases with Iran, which demands every Iranian arrested for breaking US sanctions laws should be freed before it releases Americans and other Western prisoners arrested under false charges. Human rights organizations have accused Iran of detaining Western citizens to use them as bargaining chips.

“As alleged, four of the defendants monitored and planned to kidnap a U.S. citizen of Iranian origin who has been critical of the regime’s autocracy, and to forcibly take their intended victim to Iran, where the victim’s fate would have been uncertain at best,” said US Attorney Audrey Strauss for the Southern District of New York. She added that freedom of speech and defending human rights is a cherished right of all Americans, who should feel safe from foreign dangers.

Iran's president Ebrahim Raisi addressed the UN General Assembly saying his country wants a resumption of nuclear talks with world powers to lead to the removal of US sanctions. END_OF_DOCUMENT_TOKEN_TO_BE_REPLACED

President Joe Biden told the UN General Assembly on September 21 that he will prevent Iran from getting nuclear weapons. END_OF_DOCUMENT_TOKEN_TO_BE_REPLACED

India has seized nearly three tons or $2.72 billion worth of Afghan heorin shipped from Iran. END_OF_DOCUMENT_TOKEN_TO_BE_REPLACED

Iran's foreign ministry spokesman has said that nuclear talks with world powers will start in a few weeks but has not given a firm date. END_OF_DOCUMENT_TOKEN_TO_BE_REPLACED