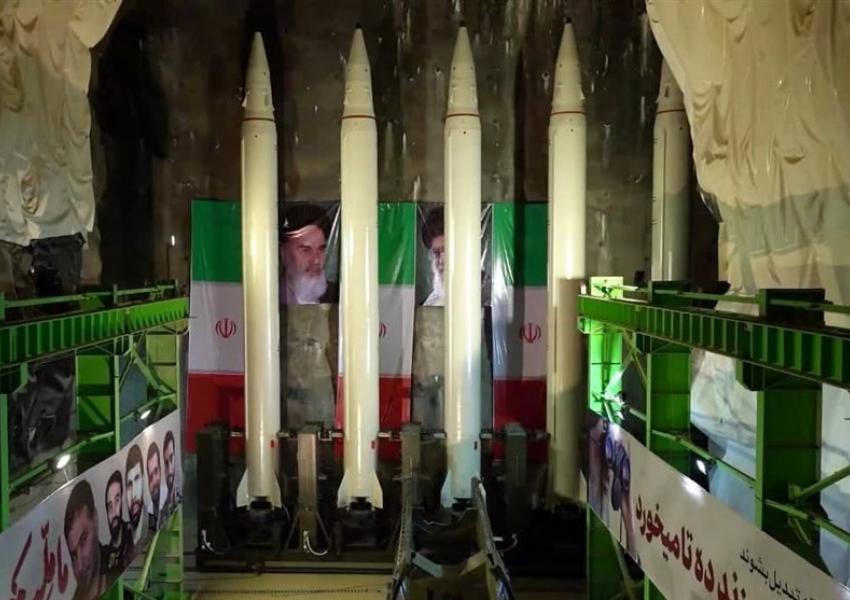 US Intelligence Agencies Guarded On Iran In Annual Threat Assessment

The annual United States Worldwide Threat Assessment, released on Friday [April 30] at the Senate Select Committee on Intelligence, identifies Iran as the “primary state challenger to US interests in the Middle East because of its sophisticated military capabilities, broad proxy and partner networks, and periodic willingness to use force against US and partner forces.”

But the report − based on contributions from all US intelligence agencies, including the CIA (Central Intelligence Agency) and FBI (Federal Bureau of Investigation) − argues Tehran “will seek to avoid escalation with the United States while it evaluates the direction of US policy toward Iran and the status of the US presence in the region.” Notably, US intelligence offers a mixed evaluation of the 2020 killing of Qasem Soleimani, head of Iran’s extraterritorial Quds Force.

The report is intended as a set of apolitical, professional insights but is likely to be seen as the first annual Threat Assessment under the President Joe Biden. Given President Donald Trump’s frequent disparaging of intelligence and military leaders, plus his unpredictability, the report has a ‘return to normal’ feel. Its authors may feel their advice is more likely to be heeded by Biden than his predecessor.

But times have changed and the Threat Assessment is a far cry from 1990s American confidence, even without an overt acceptance of relative US decline. In an “era of strategic” competition, the report’s main concerns are Russia and China as “competitors…developing capacities intended to challenge, limit or exceed US military advantage.”

The report notes China’s expanding global role in economic expansion, “vaccine and medical diplomacy” and military outreach. With Russia, whose armed forces remain “an existential threat to the United States and a potent tool,” the report emphasizes activities “below the threshold of direct conflict” including “informational and influence operations” targeting “disaffected populations” in the West.

The threat from Sunni Muslim extremists is judged diminished. While Isis (the Islamic State group) is rebuilding, US intelligence finds it incapable of “a mass-casualty attack against the US homeland in 2021 and instead…using the Internet…to enable or inspire attacks worldwide.” Al-Qaeda’s lost appeal since Isis’s emergence in 2014 is “unlikely to change in 2021” as the group “and most of its affiliates…sustain their local and regional focus.”

This sets the wider context for the report’s assessment that Tehran will seek to avoid escalation with the US as it evaluates the “prospects for US [regional] withdrawal and the potential for escalation.” Possibly reflecting opposition within American intelligence to Trump’s decision to kill Soleimani, the Threat Assessment offers no clear conclusions on the effect of the Iranian general’s demise.

The report suggests both that Soleimani’s death in January 2020 “degraded” Iran’s regional alliances and that Tehran was now “increasing partner and proxy engagement…to maintain strategic depth.” Esmail Ghani, Soleimani’s successor, was more likely to delegate, while Soleimani’s killing – alongside nine others, including the Iraq militant Abu Mahdi al-Muhandis – had led to a “significant increase in the threat to US interests in Iraq from Iran-backed Iraqi Shia militias seeking to secure a US drawdown.”

The report is guarded over both US sanctions and the Iranian nuclear program, possibly as these remain contentious within domestic American politics with Biden seeking to revive Iran’s 2015 nuclear deal, the JCPOA (Joint Comprehensive Plan of Action). It notes Iran circumvention of sanctions though “worldwide outreach” without going into the various ways Iran’s oil exports, now rising, and other trades have been disguised.

The report drily registers Iran’s stockpiling of low-enriched uranium to over 14 times limits set by the 2015 deal as well as Tehran’s announcements over enriching to 60 percent and introducing advanced centrifuge banned under the JCPOA.

“Iran has claimed it is willing to reverse these steps if Europe provides additional sanctions relief or the United States returns to full performance of sanctions-related commitments under the nuclear deal,” the reports notes. Which, of course, is what US negotiators are exploring in current talks in Vienna.

US and Iran
Threats to US
Annual report

City officials in Iran's capital Tehran are planning to put locks on large waste containers in the streets to prevent garbage pickers from accessing waste. END_OF_DOCUMENT_TOKEN_TO_BE_REPLACED

The Biden Administration has confirmed to the US Congress that sanction imposed by its predecessor on Iran have drastically reduced Iran's trade with the world. END_OF_DOCUMENT_TOKEN_TO_BE_REPLACED

The UK government said on Sept 20 that Britain would "not rest" until all its dual nationals being held in Iran were returned home. END_OF_DOCUMENT_TOKEN_TO_BE_REPLACED