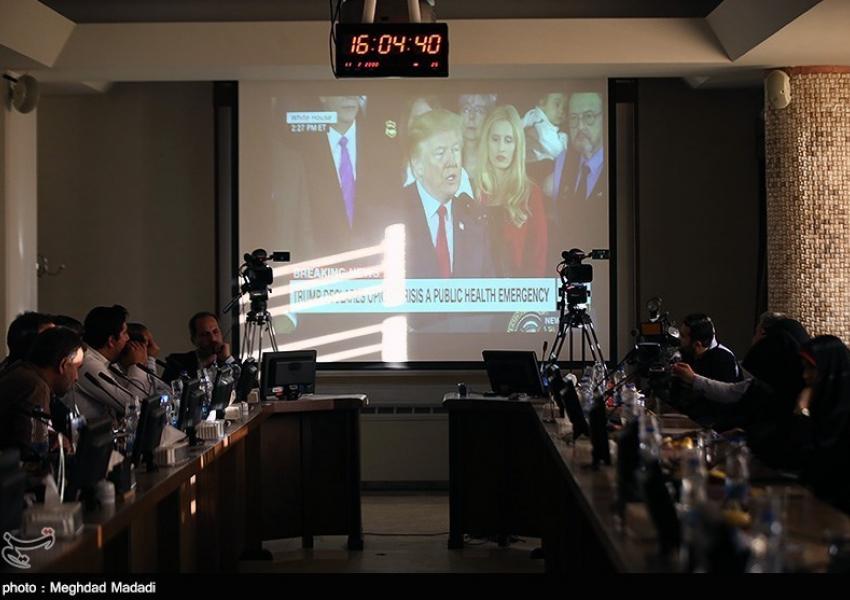 Why Khamenei's Men At State TV Oppose Talks With US?

The sprawling, well-funded Islamic Republic of Iran Broadcasting, IRIB, is under the control of Supreme Leader Ali Khamenei’s office, and just a few days ago the Supreme Leader officially backed the negotiations. It is difficult to explain how an outlet, whose management and editorial line is tightly controlled, can oppose a policy Khameni has endorsed.

One possibility is that some factions have more direct control over IRIB and plan programming in a way that serves their factional interests. The second possibility is that Khamenei who is still in control of the broadcaster, is using the state TV in his bad cop-good cup routine against the US, pretending that there is a large opposition against concessions to revive the JCPOA.

During the past ten days, the Iranian state TV's English language news channel Press TV has been broadcasting reports about the Vienna and the prospect of an agreement to revive the 2015 nuclear agreement. These reports included quotes from statements made by "an informed source" who always portrayed the talks, particularly the indirect negotiations between Iranian and US negotiators in a disparaging light.

"The informed source" is adamant that the talks had failed and that the US has been trying to impose its ideas on the Iranian delegation.

Foreign Ministry officials including deputy foreign minister Abbas Araqchi who chairs the Iranian delegation in the Vienna talks kept refuting Press TV's reports, but not only Press TV did not broadcast the denials, it also boosted the extent of disinformation about what was going on in Vienna between Iran and the United States' delegates. 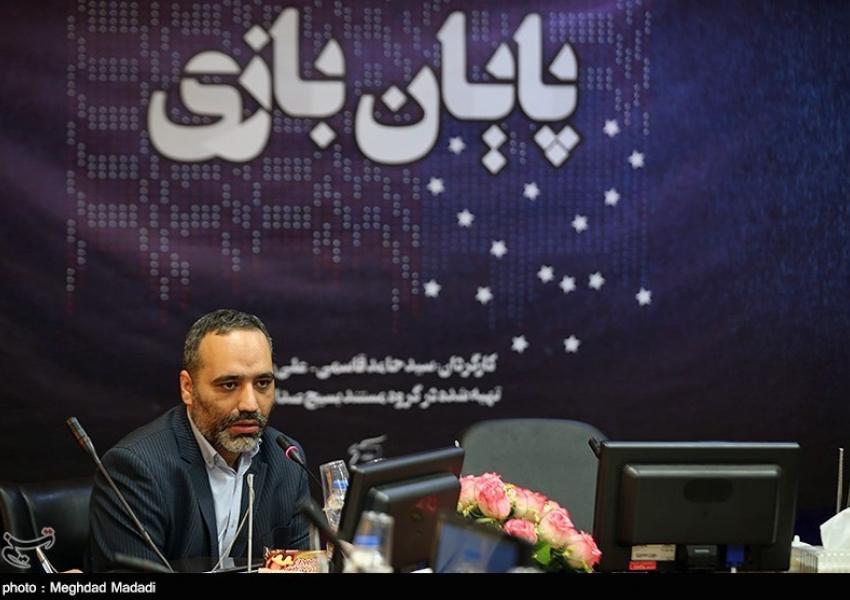 Reports from Tehran, including a tweet by the editor of Khabar Online Mohammad Mohajeri on Wednesday named IRIB top official Peyman Jebelli as "the informed source." The state TV did not comment on the naming and shaming of its official. According to Mohajeri, Jebelli is currently the spokesman for right-wing presidential candidate Saeed Jalili.

In the meantime, the IRIB's Farsi services, including its only popular channel, Channel 3, have been lately broadcasting at least three programs utterly meant to tarnish the images of Rouhani and his foreign minister Zarif.

The three programs are Sorayya [The Sky], Ayar [Standard] and Payan-e Bazi [Endgame]. The latter has been named after the Endgame Scheme, which is reportedly a US plan about ending the diplomatic deadlock between Tehran and Washington.

IRNA, controlled by the Rouhani administration, published a scathing attack on IRIB in an unsigned article on April 22, questioning why the state broadcaster is discrediting the nuclear negotiating team.

Sorayya invites well-informed guests specializing in various areas such as the economy and questions them in a way to elicit responses that would condemn President Rouhani and Zarif’s performance. This program is broadcast three times a week each time for one hour during peak hours.

The Endgame, is a documentary series that accuses Zarif, Rouhani and the members of their team of illicit contacts with foreign governments and intelligence agencies. The latest instalment of this documentary was broadcast on Tuesday night immediately after a live soccer match between Iran's leading team Persepolis and India's Champion.

Skipping its usual expensive advertising after a popular match, Channel 3 immediately started to broadcast the documentary to make sure it was going to attract at least some of those who watched the soccer game.

It is interesting that The Endgame was produced in 2019 and screened in-house in November of that year but never shown on TV.

Another program, Ayar, is tasked with proving that Rouhani and Zarif are working against Khamenei's will.

Ironically, Khamenei, who has officially allowed Iranian negotiators to enter talks with the Americans, is the man directly responsible for the state TV whose top managers and editors are appointed by him. Khamenei’s office determines the broadcaster's general policies particularly about news and current affairs.

City officials in Iran's capital Tehran are planning to put locks on large waste containers in the streets to prevent garbage pickers from accessing waste. END_OF_DOCUMENT_TOKEN_TO_BE_REPLACED

The Biden Administration has confirmed to the US Congress that sanction imposed by its predecessor on Iran have drastically reduced Iran's trade with the world. END_OF_DOCUMENT_TOKEN_TO_BE_REPLACED

The UK government said on Sept 20 that Britain would "not rest" until all its dual nationals being held in Iran were returned home. END_OF_DOCUMENT_TOKEN_TO_BE_REPLACED