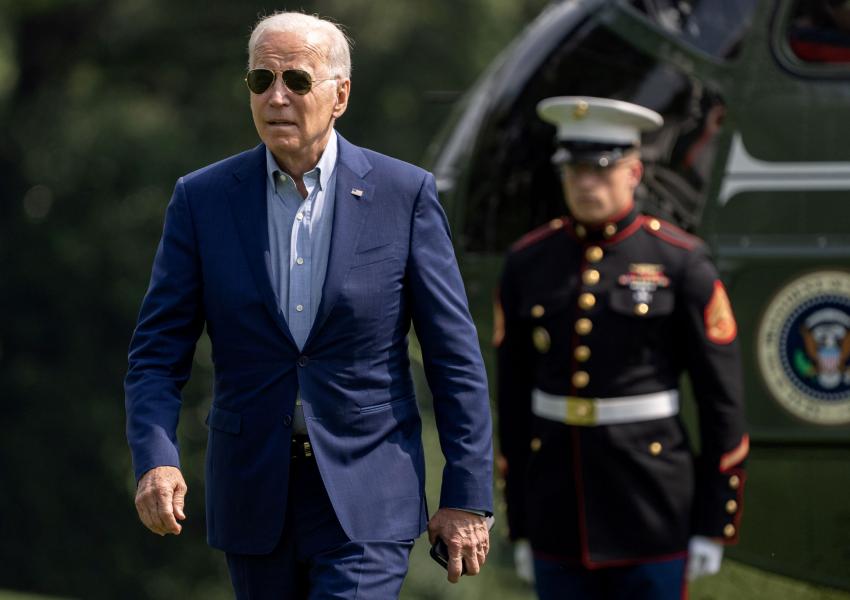 WSJ Calls On Biden Not To Agree To Iran Terms, Increase Pressure

In an Editorial Board opinion article, the Wall Street Journal has said that Iran’s demand to make a future withdrawal of the United States from a revived nuclear deal contingent on UN approval is unconstitutional.

The publication said that the Biden Administration in the pursuit of its goal to revive the 2015 nuclear accord (JCPOA) has already agreed to lift “its most powerful sanctions” but Iran is demanding more, including a US agreement “to a clause that makes American withdrawal from the deal contingent on United Nations approval.”

Former president Donald Trump unilaterally withdrew form the JCPOA in 2018 and Iran argues that if it makes a deal with the Biden Administration, there is no guarantee that a future US administration will not do the same.

But the Wall Street Journal says, “Iran doesn’t care, but such a clause is unconstitutional. A U.S. President can’t stop a future Congress or President from changing policy, especially when the nuclear agreement was never submitted to the Senate for ratification as a treaty.”

The Editorial Board argues that President Joe Biden would not submit a new deal to the Senate for ratification because he knows “it would be unlikely to get a simple majority, much less the two-thirds needed to ratify a treaty.”

The opinion article concludes that Tehran drags out the negotiations, while it continues to ramp up its nuclear program. If the US administration is forced to abandon negotiations, it “would mean a return to Mr. Trump’s “maximum-pressure” sanctions campaign, which Biden officials criticized.”

It also argues that as protests increase in Iran, “the Biden Administration should be increasing pressure on the regime—not giving it an escape route.”

US lawmakers, mostly Republican, have already raised their voices against making concessions to Tehran and lifting sanctions that would give the Islamic Republic a financial lifeline and enable it to pursue its military and regional policies, such as its ballistic missile program and funding of allies and proxies in Iraq, Syria, Lebanon and Yemen.

The Biden Administration has said that it first wants to revive the JCPOA to put Tehran’s nuclear program in a box and then negotiate about Iran’s ballistic missiles and its interventionist policies in the region. But critics say that a return to JCPOA and lifting of sanctions would remove all incentives for Tehran to agree on further talks.

Iranian officials have repeatedly said that multilateral talks in Vienna are limited to reviving the nuclear deal and they will not negotiate over other issues. Washington regional allies, Israel and Persian Gulf Arab states also demand a comprehensive deal and not just the revival of the Obama-era agreement.

Iran's president Ebrahim Raisi addressed the UN General Assembly saying his country wants a resumption of nuclear talks with world powers to lead to the removal of US sanctions. END_OF_DOCUMENT_TOKEN_TO_BE_REPLACED

President Joe Biden told the UN General Assembly on September 21 that he will prevent Iran from getting nuclear weapons. END_OF_DOCUMENT_TOKEN_TO_BE_REPLACED

India has seized nearly three tons or $2.72 billion worth of Afghan heorin shipped from Iran. END_OF_DOCUMENT_TOKEN_TO_BE_REPLACED

Iran's foreign ministry spokesman has said that nuclear talks with world powers will start in a few weeks but has not given a firm date. END_OF_DOCUMENT_TOKEN_TO_BE_REPLACED