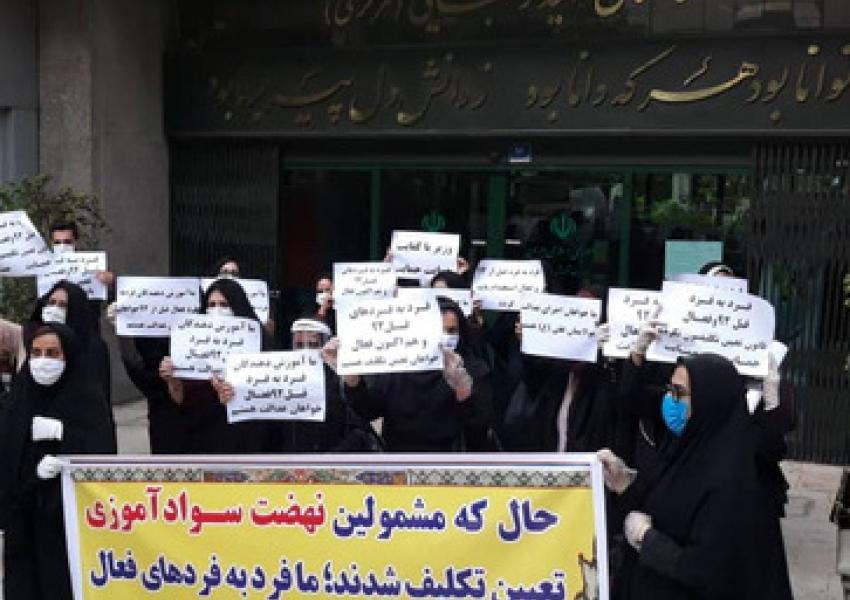 The country-wide workers’ strikes in Iran have now spread to government employees, the medical staff, and the transportation sector.

The workers of Haft-Tappeh Sugarcane Company and workers of HEPCO auto industries are respectively on the 58th day and 9th day of their strike.

In HEPCO automobile industries, the workers have demanded the CEO of the company to attend their gathering and answer their questions.

The workers of Haft-Tappeh once again gathered in front of the governor’s office in Shush city. The workers demand their delayed paycheck, rehiring of the fired workers, the reverse of the privatization of the company, and the conviction of the CEO in court.

A group of bus drivers of Tehran Busing Company have gathered in front of the company’s office and protested their delayed paychecks of four months.

In seven provinces, including Tehran, the strikes of workers in the health sector also continued.

City officials in Iran's capital Tehran are planning to put locks on large waste containers in the streets to prevent garbage pickers from accessing waste. END_OF_DOCUMENT_TOKEN_TO_BE_REPLACED

The Biden Administration has confirmed to the US Congress that sanction imposed by its predecessor on Iran have drastically reduced Iran's trade with the world. END_OF_DOCUMENT_TOKEN_TO_BE_REPLACED

The UK government said on Sept 20 that Britain would "not rest" until all its dual nationals being held in Iran were returned home. END_OF_DOCUMENT_TOKEN_TO_BE_REPLACED