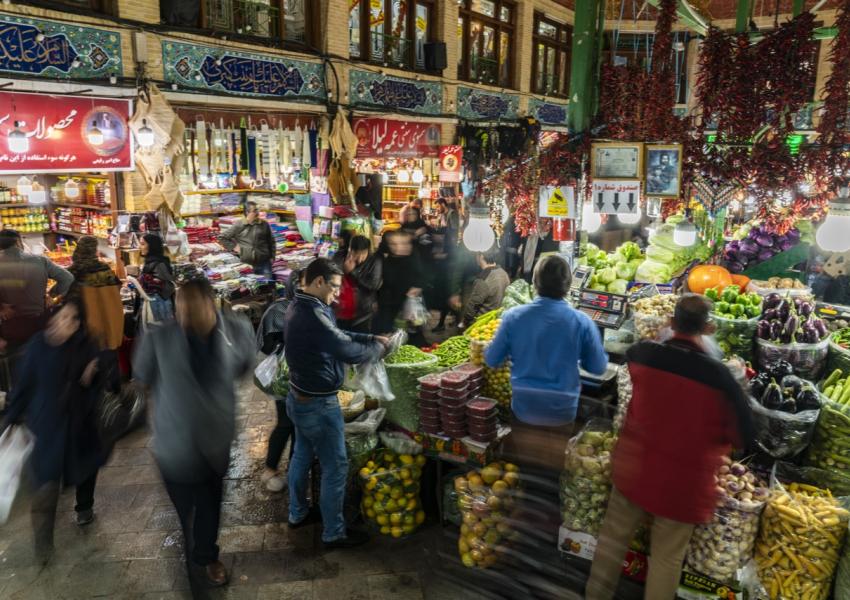 Iran International’s research, based on official government statistics, indicates that at the same time as the purchasing power of Iranians declines, the number of shop thefts over recent months across Tehran and other provinces of Iran has increased.

The branch manager of a chain supermarket in the Iranian province of Alborz, who wishes to remain anonymous, told Iran International on Sunday 8 December: “Over the last year, with economic conditions going from bad to worse, the local branch managers of our stores have reported an increase in the number of thefts“.

He added that while they have increased the number of security guards and CCTV cameras in the stores, they are unable to control these petty crimes as most of the thefts involve small items.

‘‘Our own observations indicates that the majority of those who steal these items are ordinary people that are unable to buy their basic staples‘‘, the manager said.

The rise in the number of thefts in various parts of Iran coincides with the wave of street protests in the country against the price hike for gasoline.

Reporting on the issue on the 20 November, the daily newspaper Hamshahri quoted a ‘‘woman with grey hair‘‘ as saying that she herself is one of the people who has stolen goods from some supermarket chain stores.

‘‘I do prayers, but the other day I entered a store and stole a 10kg pack of rice. I ask for god’s forgiveness. We had not eaten rice for two months in our home. I could not buy it. May god forgive me‘‘.

On Sunday 8 December, the stock control manager of a private company, that is involved in distribution and supply of food products, told Iran International: ‘‘During the recent weeks, in almost every supermarket that I visited, they complained about the increase of food thefts. For example, just today one owner of a supermarket told me that he had caught a young man red handed as he was about to leave the shop with 10 bottles of fruit juice concealed under his clothes‘‘.

He added that the number of such incidents have increased during the weeks leading up to the recent protests in Iran.

In recent weeks many social media users have also uploaded video footage of people stealing goods from supermarkets and shops.

A glance at government statistics published by the police and courts confirms the rise of thefts in Tehran and provincial cities. Stealing vehicles, burglaries, breaking into ATMs and cyber crimes are among other thefts that are taking place in Iran today, in addition to food theft.

For example, the police in the province of Khorasan Razavi has reported a 30 percent increase in the theft of cars during the first eight months of the current Iranian year.

In the city of Hamedan, the chairman of the transport and traffic organisation of the local council has reported the theft of escalators parts, which has forced the city to install metallic guards and CCTV cameras around them.

Similar reports by the police point to an increase of 200 percent in the number of thefts in the Kurdish city of Marivan, 230 percent in Dorood in Lorestan, 135 percent in Arzouiye in Kerman, 86 percent in Cherdavol in Elam, 27 percent in Kazvin, 11 percent in Khomein in Markazi, 112 percent in Golestan, 13 percent in Mazandaran and similar figures in the rest of the country.

The latest report by the Statistical Center of Iran, published on 28 November, shows a decline in the purchasing power of the Iranian population.

The center further confirms that the rate of inflation has reached 41 percent. This has been reflected in the prices of foodstuffs, soft drinks and cigarettes.

The overnight implementation of the plan to hike the price of gasoline in November, which led to the country-wide protests in Iran has also led to a further increase of the price of commodities, according to official government reports.

On Monday 25 November, Rahim Zare, a member of the Economy Committee of Iran’s Parliament reported that the rental cost of delivery vans had increased by 100 percent, while city taxis had raised their fare by 30 percent. The increase in the price of tomatoes, fish, imported rice and eggs were announced as 700, 25, 25 and 6 percent respectively.

A similar trend has also been reported in the price of cars, properties, gold and foreign currencies.

Iran’s President Hassan Rouhani has openly admitted that ‘‘approximately 75 percent of all Iranians‘‘ are under economic pressure. A report by the Iranian Ministry of Intelligence confirms that most of the people arrested during the protests ‘‘are either jobless or from low-income households‘‘.

City officials in Iran's capital Tehran are planning to put locks on large waste containers in the streets to prevent garbage pickers from accessing waste. END_OF_DOCUMENT_TOKEN_TO_BE_REPLACED

The Biden Administration has confirmed to the US Congress that sanction imposed by its predecessor on Iran have drastically reduced Iran's trade with the world. END_OF_DOCUMENT_TOKEN_TO_BE_REPLACED

The UK government said on Sept 20 that Britain would "not rest" until all its dual nationals being held in Iran were returned home. END_OF_DOCUMENT_TOKEN_TO_BE_REPLACED