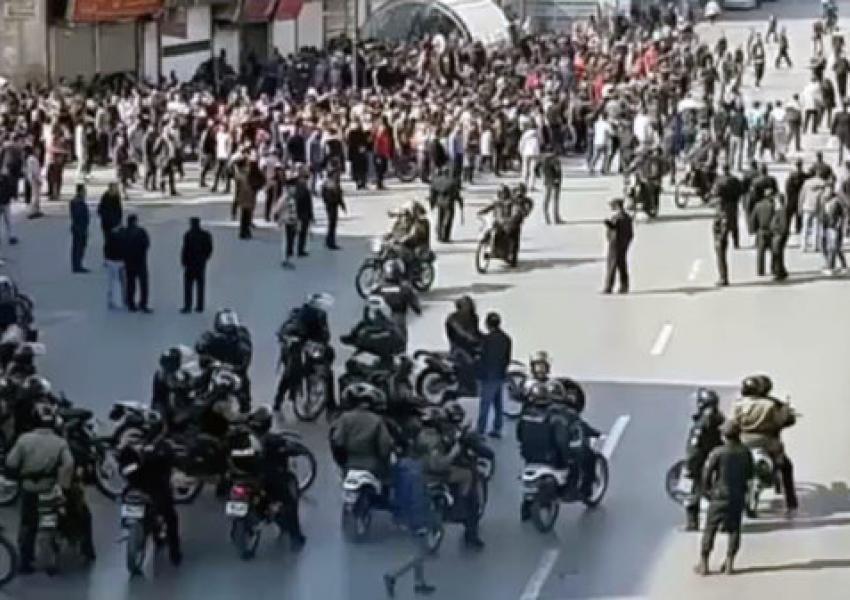 The Statistical Center of Iran (SCI) has reported that certain foodstuffs have experienced a three-digit price inflation in August compared with the same period last year.

A week earlier, SCI had said that overall inflation in the country was around 34 percent, while some economists argued that the real rate of year-to-year inflation in Iran has surpassed 50 percent.

Iran’s national currency has fallen by 100 percent in six months signaling that hyperinflation in the country is a distinct possibility. When the currency falls the cost of imported goods also go higher and Iran needs to import rice, sugar and other commodities.

Figures published by SCI say prices for split peas rose by 119 percent, lentil by 137 percent and melons by 166 percent, while imported rice, a major staple for Iranians climbed by 109 percent. These high numbers indicate hyperinflation at least in the food sector.

Compared with the previous month, prices for grains, imported rice and dry sweets climbed by more than 4 percent. Dairy products experienced a 12 percent price inflation in one, while butter alone doubled after briefly being unavailable on the market.

Iran’s economy has been gripped by a deep recession for the past three years, coupled with extremely high inflation resulting mainly form lack of oil exports due to US sanctions. As the government has lost most of its foreign currency income the Iranian rial has lost its value tenfold, fueling inflation. Confidence in the economy has also dipped, hurting investments and encouraging capital flight.

The Iranian Labour News Agency reported October 4 that 70 percent of ordinary workers can only afford 33percent of their basic needs. While salaries rise incrementally the local currency falls in a much rapid pace reducing the purchasing power of fixed-income people.

In August, the government announced that the minimum subsistence basket is 80 million rials or around $350 monthly at the time, while 70 percent of ordinary workers receive a little more than one-third of the minimum they need.  By October, as the rial fell to 300,000 to the dollar, the same 80 million rials was worth less as prices shot up.

In the last six months, people with ordinary incomes had 30 percent less money for food. At the same time, the cost of housing has shot up, as owners calculate prices and rents based on the US dollar to protect their capital investment.

Persistent inflation and unemployment pose a serious political danger for the Islamic Republic as millions of people can hardly afford to care for their families. Widespread protests in the last three years were mainly propelled by economic hardship. Last November the security forces resorted to large-scale violence against protesters, killing up to 1,500 people and arrested more than 7,000. Another outbreak of unrest might prove very costly for an isolated regime that needs diplomatic support to prevent international sanctions demanded by the United States.

Meanwhile, an official of Iran’s chamber of commerce said Sunday, October 5, that 60 percent of the country’s development plans remain unrealized because they were far from the reality the government is facing. He also criticized lack of prioritization in designing development plans and said, “it seems we want to solve all the problems at once”.

City officials in Iran's capital Tehran are planning to put locks on large waste containers in the streets to prevent garbage pickers from accessing waste. END_OF_DOCUMENT_TOKEN_TO_BE_REPLACED

The Biden Administration has confirmed to the US Congress that sanction imposed by its predecessor on Iran have drastically reduced Iran's trade with the world. END_OF_DOCUMENT_TOKEN_TO_BE_REPLACED

The UK government said on Sept 20 that Britain would "not rest" until all its dual nationals being held in Iran were returned home. END_OF_DOCUMENT_TOKEN_TO_BE_REPLACED