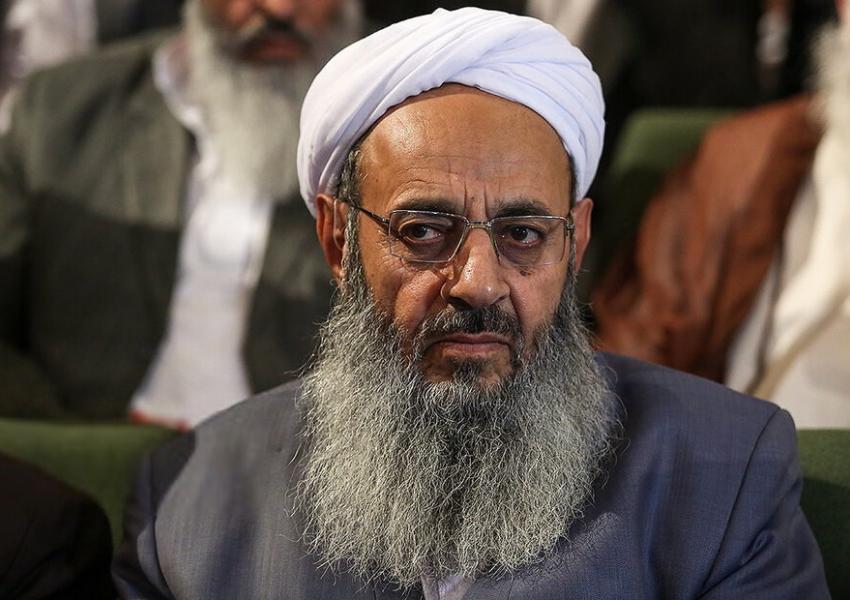 Mawlana Abdolhamid Esmaeel-Zehi, the Sunni Friday prayer leader of Zahedan in Sistan-Baluchistan Province, has written to Ali Khamenei, Iran’s Supreme Leader, arguing that the government treats Sunnis as inferior citizens. Abdolhamid argued in a letter to Khamenei that despite an order issued by the leader in 2017, no Sunnis had been appointed as a cabinet minister, provincial governor, vice-president or presidential adviser, or as an adviser or representative of the Leader.

While acknowledging that some Sunnis were employed by the government and armed services in mainly Sunni provinces, Abdolhamid said employment discrimination remained a source of concern for Sunnis, who comprise at least 10 percent of the country’s 80 million population.

Abdolhamid wrote in his letter that officials had either refused to take seriously Khamenei’s 2017 decree to end discrimination against Sunnis, thinking it was a formality rather than an instruction, “or the order has not reached the officials yet.” In 2017, in response to an earlier letter by Abdolhamid, Khamenei wrote that Iran’s constitutional law outlawed discrimination “against any group of Iranians.” Since then, Abdolhamid has complained several times that the decree has been ignored.

Even in cities with a majority of Sunnis, the government restricts the building of Sunni mosques. In recent years, Abdolhamid, who lives and runs a seminary in Zahedan, has been barred from travelling to other Sunni areas such as Kurdistan and Golestan provinces.

Unrest in Sistan-Baluchistan, which is among Iran’s poorest provinces and has a reputation for lawlessness and drug-smuggling, is compounded by a sense among Baluchi, who speak a distinct language shared by Baluchi in neighboring Pakistan and Afghanistan, of ethnic discrimination, both from government officials sent from Tehran and from Sistanis, who are mainly Shia.

In a recent development, according to Abdolhamid’s letter, the Sunni Religious Schools Planning Council, established in 2018 against protests from Sunni clerics, had taken control of Sunni religious affairs across Sunni towns and villages “with the help and pressure of security and judiciary organizations.” The Sunni leader wrote that the new body had imposed limitations in Sistan-Baluchistan Province, but did not elaborate.

Ten years ago, in 2010, Abbas Ali Soleimani, then Khamenei’s representative in Sistan-Baluchistan announced plans to create a new organization to regulate Sunni schools in the province. At that time, Abdolhamid criticized Soleimani’s intervention in Sunnis affairs: “Why should the Supreme Leader’s representatives decide about Sunni religious schools? Decisions about these schools should be made by Sunni clerics.”

With the backing of Abdolhamid, President Hassan Rouhani polled well in two presidential elections in Sistan-Baluchistan – with 74 percent in 2013 and 73 percent in 2017, far better than nation-wide – but he has made little progress in delivering campaign promises to improve opportunities for ethnic and religious minorities. Rouhani has also faced the challenge of intermittent violence from Baluchi, Kurdish and Arab groups, which has strengthened opposition to concessions.

City officials in Iran's capital Tehran are planning to put locks on large waste containers in the streets to prevent garbage pickers from accessing waste. END_OF_DOCUMENT_TOKEN_TO_BE_REPLACED

The Biden Administration has confirmed to the US Congress that sanction imposed by its predecessor on Iran have drastically reduced Iran's trade with the world. END_OF_DOCUMENT_TOKEN_TO_BE_REPLACED

The UK government said on Sept 20 that Britain would "not rest" until all its dual nationals being held in Iran were returned home. END_OF_DOCUMENT_TOKEN_TO_BE_REPLACED