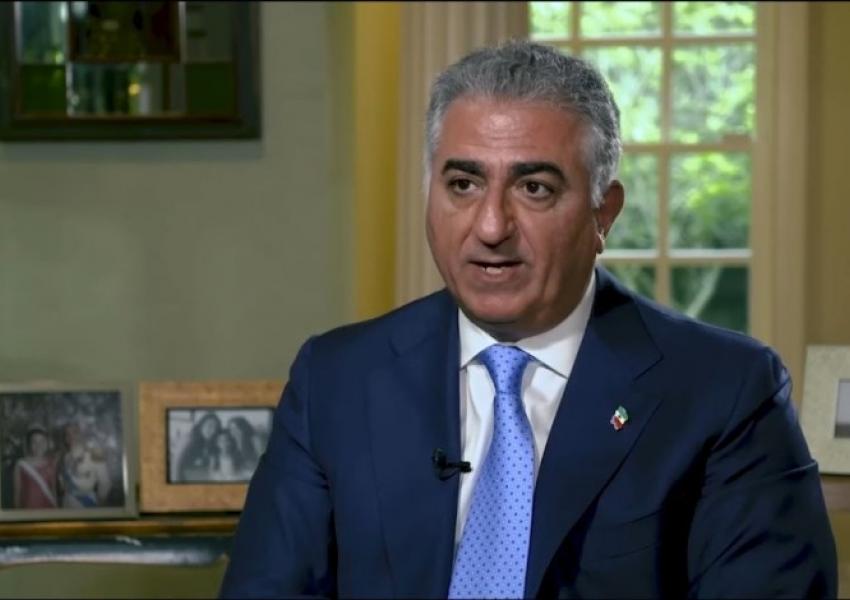 An audio file of Iran’s former Crown Prince, Reza Pahlavi, widely circulating in cyberspace since Tuesday night [March 16] has shocked supporters as he voices unequivocal support for a republic rather than a monarchy in Iran. "The Prince's expression of his convictions has come quite as an earthquake to the Iranian political sphere," one pundit told Iran International on Wednesday.

Monarchists on social media reacted with disbelief, even alleging that the audio file is years old or taken from a private meeting. Others who see Prince Reza as a figure who could unify republicans and monarchists lauded him. A third group has called him "spineless" and unworthy of succeeding his father Mohammad-Reza Shah Pahlavi (ruled 1941-1979) and grandfather, Reza Shah Pahlavi (1925-41), who founded the dynasty a century ago.

"This hereditary [transfer of power] should come to an end someday, " the prince says in the audio file, which appears to be from a meeting of supporters or activists last week. "As a democrat I can't justify heredity as a basis for the selection of a person of authority, even in the symbolic sense."

In the audio file the prince styles himself a "rebel" in terms of the "legacy" he inherited: "If you ask me, I prefer a republican system because it has clear election cycles and the person [who is elected must] assume responsibility [for what he does]."

The prince has campaigned for "free and fair" elections since late 1990s and said Iranians should choose whether they wanted a republic or a monarchy after the Islamic Republic. This is the first time the 61-year-old prince Reza has expressed support for a republic. In

October 1980, after his father’s death in Egypt, he took an oath to "guard the institution of monarchy."

Prince Reza, who lives in the United States, has not yet commented on the audio file. He did circulate photos of himself and the rest of the royal family including former Queen Farah Pahlavi celebrating the Iranian festival of fire (Charshanbeh Souri) in their garden.

In recent days Prince Reza’s endorsement of a social media campaign titled "No to the Islamic Republic" has enlisted many supporters of monarchy. Campaigners have tied the campaign with the upcoming June presidential elections in Iran. “The message of the people in the upcoming elections to the West must be regime change,” one Twitter user said with the hashtags “No to the Islamic Republic” (in Persian) and “#IranRegimeChange.”

In recent years, as the Islamic Republic's economic and human rights record has has been seriously damaged, the idea of returning to constitutional monarchy has gained more traction. Protesters in 2017, 2018 and 2019 shouted pro-monarchy slogan during widespread unrest.

In September 2020 in a video message aired by Iran International TV, Prince Reza put forward the idea of a ‘New Contract’ for a governing system. "My motivation for proposing this New Contract is not political power," read the prince's pinned tweet on his Twitter account dated September 28, 2020. "[It] is an effort to establish a system in which power is not monopolized by any individual or group. All Iranians, irrespective of their gender/ethnicity/religion should take responsibility for making decisions about the future of their country and be equally responsible for it."

In recent years in several Iranian cities, including the religious and political centers of Mashhad and Qom, some protesters have chanted slogans in support of restoring the monarchy.

City officials in Iran's capital Tehran are planning to put locks on large waste containers in the streets to prevent garbage pickers from accessing waste. END_OF_DOCUMENT_TOKEN_TO_BE_REPLACED

The Biden Administration has confirmed to the US Congress that sanction imposed by its predecessor on Iran have drastically reduced Iran's trade with the world. END_OF_DOCUMENT_TOKEN_TO_BE_REPLACED

The UK government said on Sept 20 that Britain would "not rest" until all its dual nationals being held in Iran were returned home. END_OF_DOCUMENT_TOKEN_TO_BE_REPLACED