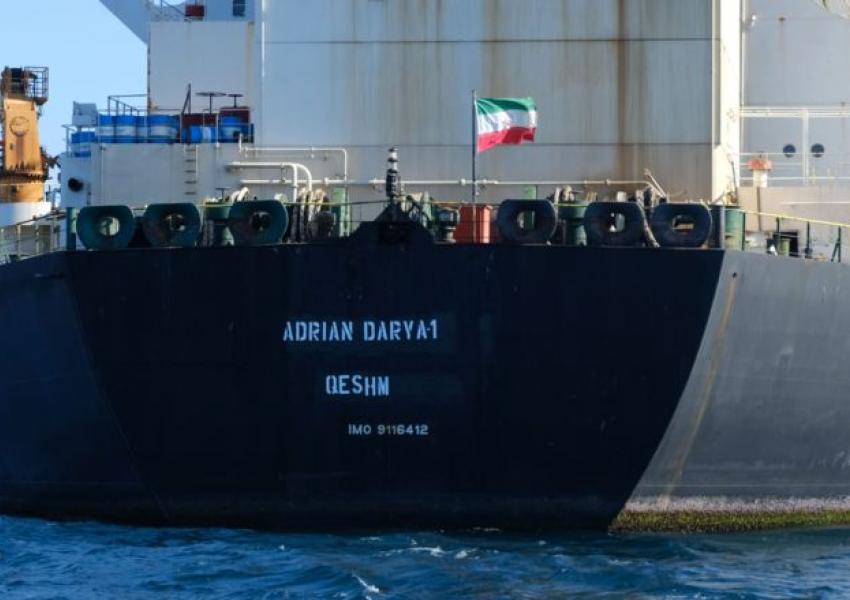 The Refinitiv Institute ship tracker data shows that the Iranian supertanker Adrian Darya 1 which was recently released from Gibraltar, has changed its course from Turkey.

Adrian Darya 1, formerly Grace 1, set course for Greece after its release but when the country refused to allow it to the dock, it changed course for Turkey.

A Turkish official said that the tanker had not entered Turkish waters when it changed course.

According to Refinitiv data, the tanker’s current position is between Turkey and Cypress, moving West.

The tanker which carries over two million barrels of oil was detained in Gibraltar on the suspicion of delivering the oil to Syria and violating the EU sanctions against that country.

After its release, The United States warned other countries against helping Adrian Darya 1.

The spokesman for the government of Iran announced on Monday that all the oil in the tanker has been sold and the buyer will decide where it should be delivered.

American officials have announced that the tanker is owned by the Islamic Revolutionary Guard Corps (IRGC), which is on the US terror list. This allows US Federal Court to issue a warrant for its seizure. But for the tanker to be detained, another country must confirm the warrant.

The documents show that the IRGC manages the tanker through shell corporations. Recently a state-owned media in Iran also confirmed that Adrian Darya 1 is owned by the IRGC but retracted the claim immediately.

City officials in Iran's capital Tehran are planning to put locks on large waste containers in the streets to prevent garbage pickers from accessing waste. END_OF_DOCUMENT_TOKEN_TO_BE_REPLACED

The Biden Administration has confirmed to the US Congress that sanction imposed by its predecessor on Iran have drastically reduced Iran's trade with the world. END_OF_DOCUMENT_TOKEN_TO_BE_REPLACED

The UK government said on Sept 20 that Britain would "not rest" until all its dual nationals being held in Iran were returned home. END_OF_DOCUMENT_TOKEN_TO_BE_REPLACED