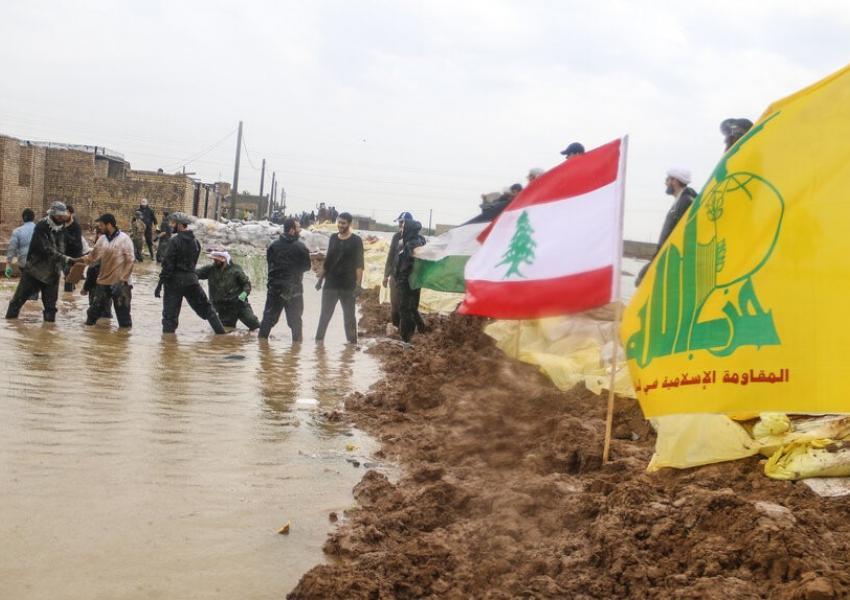 Photos and videos were published in Social media showing buses full of Hezbollah members entering Ahvaz. In the videos, buses can be seen carrying flags of Lebanon and Hezbollah.

In recent days, the Iraqi militia known as al-Hashd al-Shaabi, also known as Popular Mobilization (Basij) Forces, an IRGC-backed group, entered Iran “with the purpose of helping the victims of the flood”, which caused strong reactions by many inside and outside the country.

Meanwhile, Abu Mahdi al-Muhandis, the Iranian-Iraqi commander of al-Hashd al-Shaabi (PMO) has claimed that the reason for the presence of this group in Khuzestan is to help the flood victims in flooded villages.”

Several dissident groups have demanded these forces to leave the country.

Earlier in March, Mousa Ghazanfarabadi, the chief justice of Tehran Revolutionary Courts had warned seminary students that “if we do not support the revolution, al-Hash al-Shaabi of Iraq, Fatemiyoun of Afghanistan, Zainebiyoun of Pakistan, and Houthis of Yemen will come and support the revolution.”

Another state-owned news agency, ISNA, said that the presence of PMO in Khuzestan is reasonable and the “malicious and tasteless” reactions by some domestic media have allowed some people to “take advantage.”

City officials in Iran's capital Tehran are planning to put locks on large waste containers in the streets to prevent garbage pickers from accessing waste. END_OF_DOCUMENT_TOKEN_TO_BE_REPLACED

The Biden Administration has confirmed to the US Congress that sanction imposed by its predecessor on Iran have drastically reduced Iran's trade with the world. END_OF_DOCUMENT_TOKEN_TO_BE_REPLACED

The UK government said on Sept 20 that Britain would "not rest" until all its dual nationals being held in Iran were returned home. END_OF_DOCUMENT_TOKEN_TO_BE_REPLACED