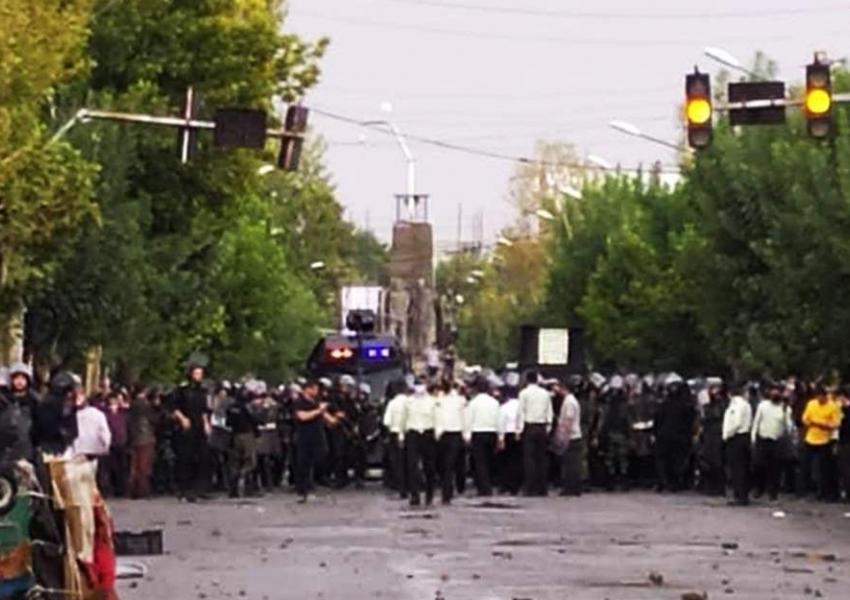 In a statement Wednesday, Amnesty International said Iran's security forces had resorted to unlawful use of force and mass arrests to crack down on predominantly peaceful recent protests in Naghadeh (Naqadeh), Western Azarbaijan province, August 7.

According to the Washington Kurdish Institute (WKI), the protests occurred in front of a police station in Naghadeh after Fardin Ebrahimi was killed and Mohammad Alizadeh − both Kurds − was wounded by Azaris who also damaged Kurdish shops and homes.

The Amnesty statement said that according to photographs, footage circulated on social media, and eyewitness accounts, riot police fired birdshot at the protesters, leaving dozens injured. Witnesses told Amnesty that most of the injured had not sought hospital treatment for fear of arrest, torture and other ill-treatment.

In contradiction to the WKI account, Amnesty said it had interviewed a relative who claimed to quote two eye-witnesses that Alizadeh has been shot in the pelvis during the protests by a man in plainclothes, working with riot police, and had died. The relative told Amnesty International that family members were pressured by the authorities into burying Alizadeh, who died on the way to hospital, at a cemetery outside Naghadeh, with intelligence and security officials escorting them to the burial site.

Confirming at least in the part the WKI account, Masoud Kordpour, journalist from Sanandaj, Kurdistan province, told Iran International TV that Kurds took to the street in Naghadeh on August 7 after a Kurd was killed by an Azari in a fight. Kurdish protesters claimed that the security forces had taken the side of Azaris. Mukrian Human Rights News Agency reported that at least 30 Kurdish citizens were injured by birdshots fired by security forces while there are no reports of Azari casualties.

“The Iranian authorities have yet again given their security forces free rein to inflict severe bodily injury on protesters to maintain their iron grip on power and crush dissent," Diana Eltahawy, Amnesty’s Deputy Director for the Middle East and North Africa, was quoted as saying in the group’s report.

Eltahawy urged “the international community” to “take concrete action over the Iranian government’s repeated deadly deployment of unlawful force with impunity against protesters, including by supporting the establishment of an investigative and accountability mechanism at the UN Human Rights Council to collect evidence of crimes under international law and facilitate independent criminal proceedings.”

Since mid-July there have been dozens of protests across Iran.  Amnesty reported July 23 that in “mostly peaceful” protests in Khuzestan, security forces had killed “at least eight protestors and bystanders, including a teenage boy, in seven different cities”. The government said a police officer had been killed in the port city of Mahshahr.

Iran's president Ebrahim Raisi addressed the UN General Assembly saying his country wants a resumption of nuclear talks with world powers to lead to the removal of US sanctions. END_OF_DOCUMENT_TOKEN_TO_BE_REPLACED

President Joe Biden told the UN General Assembly on September 21 that he will prevent Iran from getting nuclear weapons. END_OF_DOCUMENT_TOKEN_TO_BE_REPLACED

India has seized nearly three tons or $2.72 billion worth of Afghan heorin shipped from Iran. END_OF_DOCUMENT_TOKEN_TO_BE_REPLACED

Iran's foreign ministry spokesman has said that nuclear talks with world powers will start in a few weeks but has not given a firm date. END_OF_DOCUMENT_TOKEN_TO_BE_REPLACED