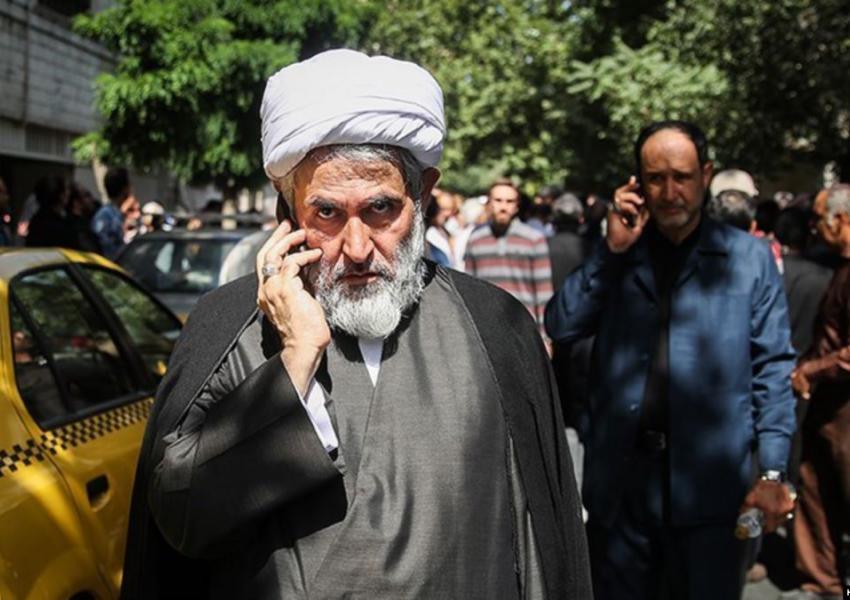 According to the information that Iran International has received, in a supreme national security council meeting, Hossein Taeb, the head of Islamic Revolutionary Guard Corps (IRGC) Intelligence has opposed the request by the Ministry of Health for the quarantine of Qom city in order to prevent the spread of coronavirus. According to the report, Hossein Taeb referred to Qom city as the “honor of Islam” and said the American media will take advantage of the quarantine of Qom.

But the deputy Health Minister Iraj Harirchi, also rejected the quarantine policy on his Monday morning press conference and said it is a phenomenon that goes back to before the WW1.

While the spokesman for the parliament has quoted the Minister of Health in reporting 12 casualties from the coronavirus, the representative of Qom city, the center of the epidemic, has reported 50 death from coronavirus.

On Monday, Farahani told the parliament: “Each day 10 people are dying. Until last night (Sunday night) almost 50 have died of coronavirus.”

He blamed the Minister of Health for fighting with him over “lying to people”.

According to Farahani, 250 patients have been quarantined in Qom and 32 have died while in quarantine.

He also referred to the government’s actions in managing the crisis as “unsuccessful” and “zero” and said that nurses in hospitals have many problems and there are not enough test kits and hazmat suits.

Qom’s representative also criticized President Rouhani for commenting on Sunday that the fear of coronavirus is more than its actual threat, and said: “It is true that we must keep the peace, but we must not treat the crisis like nothing has happened.”

So far, according to official reports, at least eight provinces of Qom, Tehran, Gilan, Markazi, Mazandaran, Golestan, East Azerbaijan, and Kerman have had cases of coronavirus.

City officials in Iran's capital Tehran are planning to put locks on large waste containers in the streets to prevent garbage pickers from accessing waste. END_OF_DOCUMENT_TOKEN_TO_BE_REPLACED

The Biden Administration has confirmed to the US Congress that sanction imposed by its predecessor on Iran have drastically reduced Iran's trade with the world. END_OF_DOCUMENT_TOKEN_TO_BE_REPLACED

The UK government said on Sept 20 that Britain would "not rest" until all its dual nationals being held in Iran were returned home. END_OF_DOCUMENT_TOKEN_TO_BE_REPLACED