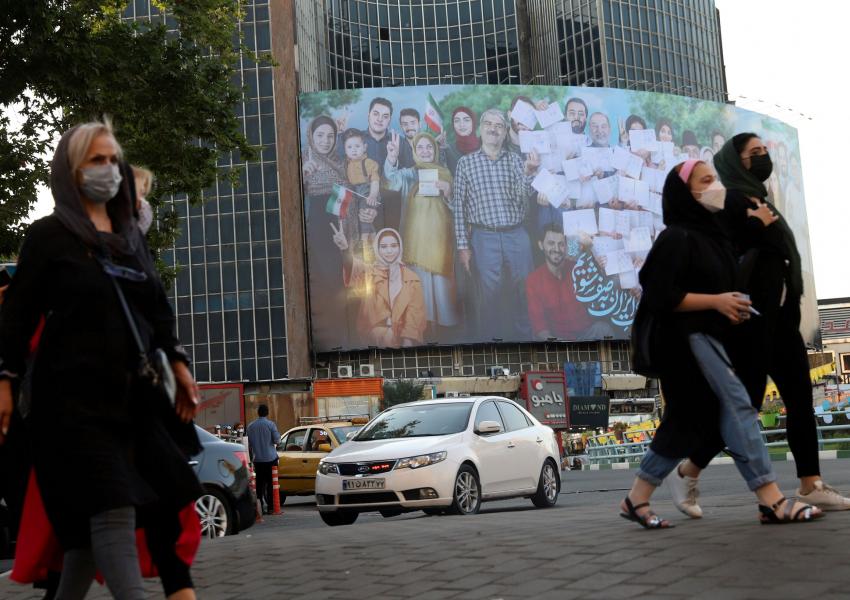 Ultraconservative Ebrahim Raisi has been declared the winner of Iran’s presidential election with 17,926,345 out of 28,933,004 votes cast. This puts Raisi’s share of ballots cast at 62 percent, with the backing of 30 percent of all eligible voters.

With 59,310,307 eligible voters, the turnout was 48.8 percent, the lowest ever in Iranian presidential elections, below the previously low of 51 percent in 1989. The Iranian media announced figures in percentage points rather than numbers, apparently to downplay the low turnout.

Some commentators told Iran International that most of void ballots were a “no vote” for the Islamic Republic. Others have suggested they were in protest against the watchdog Guardian Council not allowing to stand as candidates favored figures like former president Mahmoud Ahmadinejad or former parliamentary speaker Ali Larijani.

Supreme Leader Ali Khamenei, who had religiously banned casting blank ballots, said that the election results marked a victory for the Iranian nation in the face of “enemy propaganda” and called Iranians’ participation in the poll "epic.”

Minutes after the announcement by the Iranian Interior Minister, Russian President Vladimir Putin was the first foreign leader to congratulate Raisi. He was followed by the Prime Minister of Pakistan Imran Khan; Iraq’s President Barham Salih; Turkey’s President Recep Tayyip Erdogan; Hassan Nasrallah of Hezbollah; and officials of the Palestinian Authority. Most notable was a congratulatory message from the United Arab Emirates, which has had tense relations with Iran in recent years.

Analysts speaking to Iran International TV during the day called the result an embarrassing defeat for Iran's reformists. Over 12 reformist and centrist parties led by the center-right Executives of Construction party had late in the campaign expressed support for Abdolnasser Hemmati, the former Central Bank Governor who had stressed the importance of economic reforms. The Reforms Front, the umbrella organization of reformists and centrists, failed to endorse any candidate.

The implication of Raisi's election has sparked speculation over Iran's foreign relations, including suggestions that agreement with world powers on reviving Iran’s 2015 nuclear deal might be reached within the next six weeks while Rouhani remains in office.

Some suggest United States President Joe Biden would prefer an agreement with Rouhani in office to spare embarrassment of reaching one with an Iranian president under US sanctions and whose judicial record, including his role in 1988 prison massacres and recent death sentences on wrestler Navid Afkari and journalist Rouhollah Zam, is often highlighted by human-rights organizations.

Raisi in turn might be more than happy not to be a part of an agreement with the US, given the substantial opposition to reviving the JCPOA and limiting the nuclear program among Iranian principlists. A revived JCPOA under Rouhani and subsequently respected by Raisi could be presented as a “national decision” – as Raisi described the 2015 agreement during the 2017 presidential election – while the new president both claims credit for both Iran surviving US “maximum pressure” and for the economy benefiting from the easing of US sanctions.

Iran's president Ebrahim Raisi addressed the UN General Assembly saying his country wants a resumption of nuclear talks with world powers to lead to the removal of US sanctions. END_OF_DOCUMENT_TOKEN_TO_BE_REPLACED

President Joe Biden told the UN General Assembly on September 21 that he will prevent Iran from getting nuclear weapons. END_OF_DOCUMENT_TOKEN_TO_BE_REPLACED

India has seized nearly three tons or $2.72 billion worth of Afghan heorin shipped from Iran. END_OF_DOCUMENT_TOKEN_TO_BE_REPLACED

Iran's foreign ministry spokesman has said that nuclear talks with world powers will start in a few weeks but has not given a firm date. END_OF_DOCUMENT_TOKEN_TO_BE_REPLACED