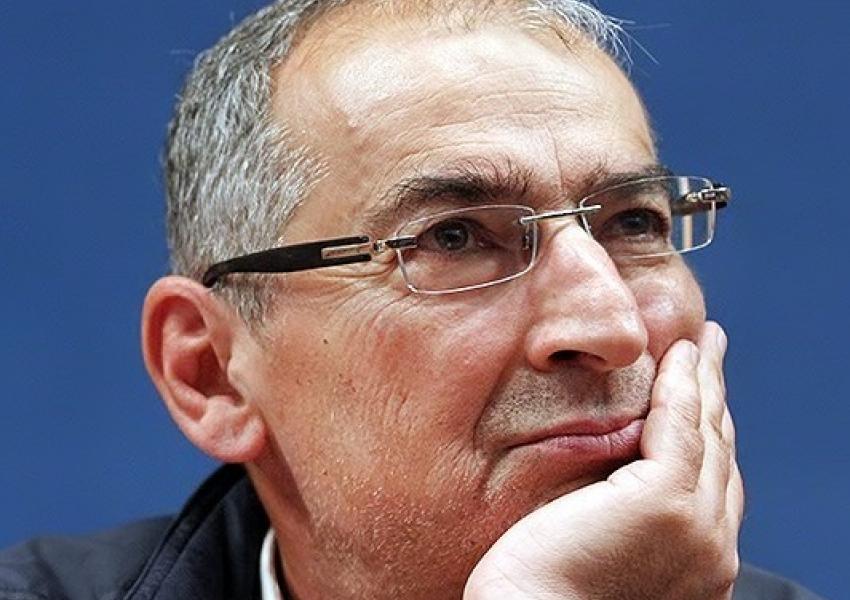 A Hardline President In Iran Will Make A Deal With US, Says Pundit

Forthright Iranian analyst Sadegh Zibakalam has predicted a low turn-out in June’s presidential election, victory of a hardliner, and he delivered a damning verdict on President Hassan Rouhani at the end of his second term.

In an interview with Ensaf News website in Tehran on January 20, Professor Zibakalam, who teaches modern Iranian history at Tehran University and has published several books on the country's contemporary history, predicted a 20-30 percent turn-out, down from the 73% officially reported in 2017.

“The 2021 election is dead,” Zibakalam said. “The 24 million people who voted for Rouhani in 2017 will not turn up at the polls…Rouhani turned his back on those who voted for him because he no longer needed them. He ignored them as if he was the President of another country.” Zibakalam said Rouhani, a centrist in Iran’s political spectrum with reformist support in the 2013 and 2017 elections, had in effect combined with hardliners and “put an end to the idea of reforms.”

Zibakalam argued that the president had failed to explain the weaknesses of his presidency: “I know that he is like a husband who cannot afford buying a present for his wife on their anniversary, but he could have at least said: ‘I love you.’ But he did not do that…He should have at least talked about his problems and said what percentage of the country's budget is in his hands to spend.”

There was no sign that this had benefited Iran’s reformists, Zibakalam argued, pointing to their candidate Mohammad Reza Aref winning 1.5 million votes in Tehran in the 2016 parliamentary election, compared to the failure of any reformist to win 5 percent of 1.5 million in February 2020. 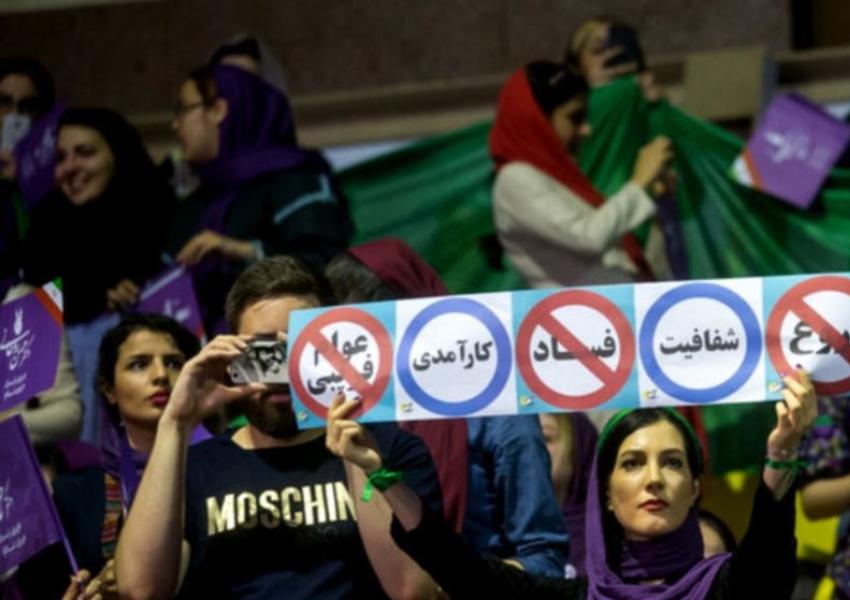 Young Iranians campaigning for Hassan Rouhani as a reform leader in May 2017, who later became disappointed

Zibakalam has become more outspoken in recent months, regularly tweeting comments critical of Iran’s political system and open on sensitive issues. Referring in the Ensaf interview to the conviction of Rouhani’s brother for corruption, Zibakalam said the president played down the country’s problems “either probably because hardliners took his brother hostage, or it is because Rouhani is thinking himself as the country’s next leader?”

Rouhani has been suggested as outside possibility to succeed in due course Ali Khamenei, 81, as Iran’s Supreme Leader, a post filled through a vote in the Assembly of Experts, a body of 88 clerics elected for an eight-year term in 2016.

“With that in mind, the 24 million voters [who voted for Rouhani in 2017] cannot help him in any way. But he instead needs to please the [constitutional watchdog] Guardian Council, the IRGC and the hard-line clerics in Qom.”

’50 Different Solutions for Every Problem’

Zibakalam was scathing about Iran’s reformists. “Who can look me in the eye and tell me what difference it made electing Rouhani as President in terms of foreign and domestic policies, civil liberties, the situation of political prisoners and so on?...Rouhani has disgraced the reformists…but the reformists themselves are also to be blamed. They have never said what is it that they want to reform. What is it that they want? What is their difference with moderate and traditional conservatives such as Ali Larijani and Ahmad Tavakoli?”

Zibakalam charged that the reformists lacked “leadership, strategy, and organization,” and had heard slogans chanted against them, just as much against conservatives, in protests in 2018. Reformists should “say they want democracy and freedom,” he argued, but this would not overcome their divisions: “In this way, the reformists are similar to the [exiled] opposition that wants a regime change. Ask 50 of them, and they will come up with 50 different solutions for every problem.”

Zibakalam said he had changed his own mind since 2017, and now saw no point voting: “Not 24 million, even if 240 million people vote, they cannot go any further toward democracy. I used to believe that we can get to democracy via the ballot box. Now I have come to the conclusion that they won’t allow such a thing to happen.”

Zibakalam said he was certain that principlists would win the presidential election, and might then respond to the “green light offered by the Biden Administration” to revive Iran’s 2015 nuclear agreement with world powers, even though many of them have opposed it. He suggested a principlist president might champion “heroic flexibility,” a term used by Khamenei to justify international compromise. This, Zibakalam said, might give “a good chance for the nuclear deal to become more successful than 2015.”

Zibakalam played down the possibility of a Revolutionary Guard winning the presidency: “They are already in control of everything and all the government powers. They do not need to do such a thing. As soon as the sanctions are lifted, the economic situation will improve and the hardliners will benefit. They can come to terms with the Americans.”

At the same time, Zibakalam argued that conservatives had an unchanging view about government, history and the world: “That is ideology. From their point of view what they say is right and it does not make any difference if we tell them that some 70 to 90 percent of the population think differently.”

Faezeh Hashemi “the most eligible to be president”

Assessing the popularity of former presidents, Zibakalam said that Mahmoud Ahmadinejad could today win 15-20 million votes but reformist Mohammad Khatami only 3-4 million votes. His personal choice, he said, would be Mohsen Hashemi, chairman of Tehran City Council. He described Faezeh Hashemi Rafsanjani, Hashemi’s sister, as “the most eligible Iranian to be elected as president” but suggested it would take five to 15 years before a woman would be allowed to stand.

Zibakalam dismissed possible candidates Mohammad Bagher Ghalibaf (Qalibaf), the parliament speaker, Mohsen Rezaei (Rezaee), Secretary of the Expediency Council, and former nuclear negotiator Saeed Jalili, all of whom he suggested needed to account for their past rather than look forward to a future as president.

City officials in Iran's capital Tehran are planning to put locks on large waste containers in the streets to prevent garbage pickers from accessing waste. END_OF_DOCUMENT_TOKEN_TO_BE_REPLACED

The Biden Administration has confirmed to the US Congress that sanction imposed by its predecessor on Iran have drastically reduced Iran's trade with the world. END_OF_DOCUMENT_TOKEN_TO_BE_REPLACED

The UK government said on Sept 20 that Britain would "not rest" until all its dual nationals being held in Iran were returned home. END_OF_DOCUMENT_TOKEN_TO_BE_REPLACED