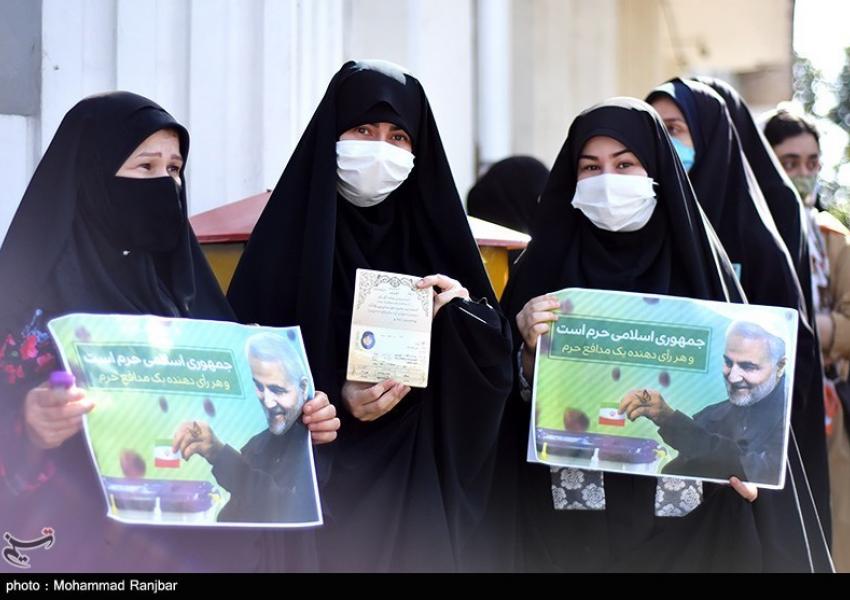 Reports about low turnout in Iran's presidential election has caused deep concern among some hardliner officials and media who began blaming the Interior Ministry and the Rouhani administration for the problem on Friday.

The 94-year-old Ayatollah Ahmad Jannati, Secretary of the hardliner Guardian Council has raised alarm in a letter to Interior Minister Abdolreza Rahmani Fazli that he has received many reports from the provinces complaining about the way the votes are being handled. 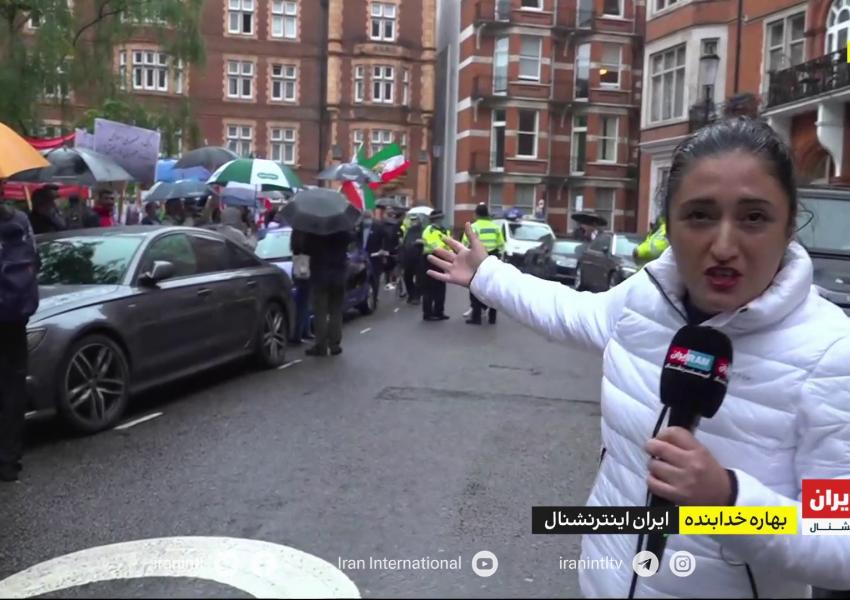 Protest outside the Iranian consulate in London

Several reports quoted the Interior Ministry that around five million Iranians, which is less than 10 percent of 59 million eligible voters, voted within the first six hours. Some reports claim that supporters of centrist candidate Abdolnasser Hemmati are likely to go to the polls later in the evening. However, this could be yet another justification for the low turnout many Iranians particularly in Tehran have reported.

The complaints about the Interior Ministry are likely motivated by Fazli's link to former Majles Speaker Ali Larijani. Fazli was Larijani's chief of staff at the Iranian state television in the 1990s and 2000s, and several reports in 2017 said that it was Larijani who suggested Fazli to President Hassan Rouhani as his Interior Minister. Meanwhile, hardliners such as Nabavian accuse Larijani of trying to help Hemmati.

Reporters in Tehran say that early in the morning, foreign reporters visiting Iran for the election were bussed to a mosque in northern Tehran where the stage was set with female voters in the head-to-toe hijab displaying pictures of former IRGC Qods Force commander Qasem Soleimani in voting lines. Later during the day, the polling station remained more or less vacant, the reports say.

Tasnim also claimed that there were not enough ballot papers at polling stations in some foreign countries including the United States. This comes while Iranian expats in the US did not mention such a problem in their social media posts.

In Turkey, where some 4,000 Iranians voted in the Iranian Presidential election in 2017, the turnout was low at the Iranian consulate in Istanbul. However, Iran International's correspondent in Istanbul says that unlike many other European cities where Iranians launched protests in front of Iranian embassies and consulates, no such move was observed in Istanbul and Ankara.

One of the biggest protest gatherings took place in front of the Iranian consulate in London where hundreds of Iranians and supporters of opposition groups condemned the Islamic Republic for its violation of human rights, boycotted the election and called for regime change.

On social media, while the Persian hashtag “No to Islamic Republic” has been trending during the day by over 126,000 users until midday, Iranians have been mainly talking about European Champions League football rather than the election.

Iran's president Ebrahim Raisi addressed the UN General Assembly saying his country wants a resumption of nuclear talks with world powers to lead to the removal of US sanctions. END_OF_DOCUMENT_TOKEN_TO_BE_REPLACED

President Joe Biden told the UN General Assembly on September 21 that he will prevent Iran from getting nuclear weapons. END_OF_DOCUMENT_TOKEN_TO_BE_REPLACED

India has seized nearly three tons or $2.72 billion worth of Afghan heorin shipped from Iran. END_OF_DOCUMENT_TOKEN_TO_BE_REPLACED

Iran's foreign ministry spokesman has said that nuclear talks with world powers will start in a few weeks but has not given a firm date. END_OF_DOCUMENT_TOKEN_TO_BE_REPLACED