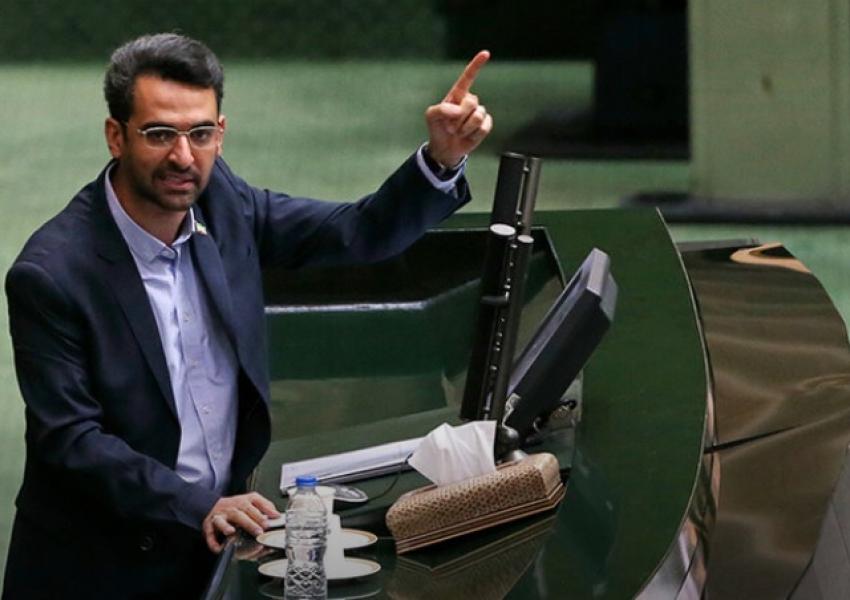 Suggesting the law would cause popular discontent, Azari-Jahromi warned in a Telegram post that the proposed legislation would not establish 'cyber-sovereignty' as its advocates have claimed. Critics of the bill suggest it could undermine small businesses, with Iranians making at least 400,000 purchases daily through Instagram and Telegram.

The bill, which has been passed to the parliament’s cultural committee for approval, would require foreign social networking and messaging corporations to appoint an Iranian representative and agree to comply with Iranian laws and regulations. Such a demand would most probably end in blocking Instagram. Other major social media apps, such as Facebook, are already blocked.

The conservative Entekhab website in an article Wednesday pointed out that the threat of US sanctions and Iran’s blacklisting by the Financial Action Task Force (FATF) made it very unlikely that giants like Facebook, which owns Instagram and WhatsApp, or Google would appoint representatives in Iran.

In order to be licensed, such companies would be required to register subscribers and provide this information to the authorities if requested. Failure to comply could lead to their being blocked within four months of the legislation coming into force.

Iran has been blocking thousands of websites since the early 2000s and social media platforms such as Facebook and You Tube, both for religious and political reasons.

The website of the Revolutionary Guards' Ammar Cyber Headquarters has warned of the consequences of the bill, which is suggested could be as dangerous for the incoming government of President-elect Ebrahim Raisi (Raeesi) as a live grenade forced into their hands. "At least be mindful of your own political reputation," the site warned those backing the legislation.

Some social media users argue the bill would restrict internet freedom. "All is well. Sanctions, unemployment, and [shortage of Covid] vaccines doesn't really matter! Filter the internet so that problems, misfortunes and misery remain hidden. Well done to you for so much insight, wisdom and care!" award-winning cinema actress Hanieh Tavassoli wrote on Instagram Wednesday.

Others on Twitter have claimed the bill was proposed at this time "to distract people" from current crises including protests in Khuzestan province and to establish a tightly controlled internet similar to China and North Korea.

When protests began in Khuzestan on July 15 the authorities followed a strategy that allowed domestic business to continue functioning while preventing the flow of messages between protestors and making it harder for outsiders to track internet disruptions. During nation-wide protests in November 2019 the Supreme National Security Council ordered mobile and broadband internet completely shut down for a week.

The US State Department in a statement Wednesday said that the US was monitoring reports of internet slowdowns in Iran and urged the Iranian government "to allow its citizens to exercise their right to freedom of expression" and "to freely access information, including via the Internet."

Iran's president Ebrahim Raisi addressed the UN General Assembly saying his country wants a resumption of nuclear talks with world powers to lead to the removal of US sanctions. END_OF_DOCUMENT_TOKEN_TO_BE_REPLACED

President Joe Biden told the UN General Assembly on September 21 that he will prevent Iran from getting nuclear weapons. END_OF_DOCUMENT_TOKEN_TO_BE_REPLACED

India has seized nearly three tons or $2.72 billion worth of Afghan heorin shipped from Iran. END_OF_DOCUMENT_TOKEN_TO_BE_REPLACED

Iran's foreign ministry spokesman has said that nuclear talks with world powers will start in a few weeks but has not given a firm date. END_OF_DOCUMENT_TOKEN_TO_BE_REPLACED