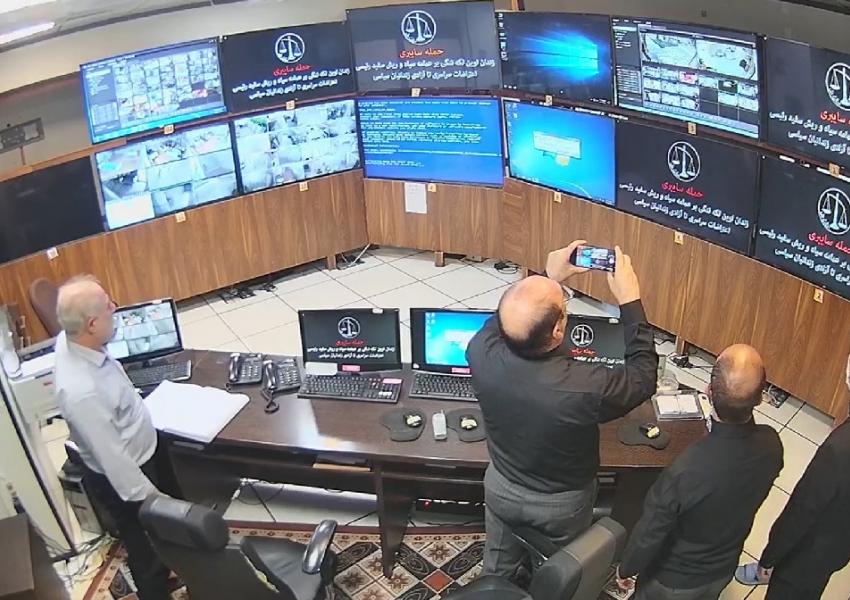 Commenting on the prisoner abuse videos leaked by hackers in recent days, Iranian Judiciary's First Deputy Mohammad Mosaddegh on Sunday claimed that some of the scenes in the surveillance footage from Tehran's Evin prison were forged and the Judiciary -- which oversees all prisons -- could not be blamed for the abuse seen in them.

"They were taken from places other than prisons and assembled, not all of them but some, and have nothing to do with the Judiciary," Mosaddegh told the state broadcaster's Young Journalists Club (YJC). He also said Chief Justice Gholam-Hossein Mohseni-Ejei had ordered the Prosecutor General, Mohammad Montazeri, to investigate the case of the abuse videos.

Hassan Norouzi, Deputy Chairman of the parliament’s Legal and Judiciary Affairs Committee on Saturday was the first to deny the authenticity of the abuse footage. He claimed that there is no torture in Iranian prisons. "The videos were forged by Zionists to divert the Iranian public's attention from the disgraceful defeat of the United States and Zionists [from the Taliban] in Afghanistan," he told Borna News.

An Iranian “hacktivist” group, Tapandegan, distributed video images from August 22-24 from security cameras in Evin, which it said had been obtained by previously unknown hackers called Edalat-e Ali (‘Ali's Justice’) to highlight human rights violations, particularly against political prisoners. The group has said it will release footage from prison wards, as well as political prisoners' case files and other confidential documents.

The release of the videos which suggest prisoners' physical abuse is normal practice -- as officers and guards witnessing the abuse in the videos do not interfere to stop the violence -- has caused an uproar and universal condemnation by activists and thousands of ordinary Iranians on social media. In a statement Friday, 28 political prisoners in Evin prison said such physical abuse and torture were common and demanded an investigation of psychological torture of political prisoners and their families as well and urged international human rights organizations to scrutinize prison conditions in Iran.

The judiciary deputy and the lawmaker's claims of forgery come after earlier acknowledgment of their authenticity by judiciary and parliamentary officials. The head of Iran's Prisons Organization, Mohammad-Mehdi Haj-Mohammadi, was the first to react after the release of the videos by foreign-based Persian-language media.

In a tweet Tuesday, Haj-Mohammadi acknowledged the authenticity of the  Evin prison videos and promised “serious action” against those responsible for the “unacceptable behavior”. Later, Parliament Speaker Mohammad-Bagher Ghalibaf (Qalibaf) ordered the parliament's Article 90 Committee -- which is mandated by the Constitution of the Islamic Republic to investigate complaints about government entities – to examine the evidence of prison abuse.

Hassan Shojaei, a member of the Article 90 Committee, on Saturday said members of the committee were planning to visit the prison while another lawmaker, Mahmoud Abbaszadeh-Meshkini, told ISNA that the National Security and Foreign Policy Committee was also concerned about the matter. "It should become clear how long such evils were happening in Evin Prison and why there has been no supervision."

While Amnesty International has called the video recordings “shocking,” many former and current prisoners have alleged more serious ill-treatment including sexual abuse and pressure to obtain confessions in prisons including Evin, where the Revolutionary Guards runs its own wards for political and security prisoners.

Iran's president Ebrahim Raisi addressed the UN General Assembly saying his country wants a resumption of nuclear talks with world powers to lead to the removal of US sanctions. END_OF_DOCUMENT_TOKEN_TO_BE_REPLACED

President Joe Biden told the UN General Assembly on September 21 that he will prevent Iran from getting nuclear weapons. END_OF_DOCUMENT_TOKEN_TO_BE_REPLACED

India has seized nearly three tons or $2.72 billion worth of Afghan heorin shipped from Iran. END_OF_DOCUMENT_TOKEN_TO_BE_REPLACED

Iran's foreign ministry spokesman has said that nuclear talks with world powers will start in a few weeks but has not given a firm date. END_OF_DOCUMENT_TOKEN_TO_BE_REPLACED