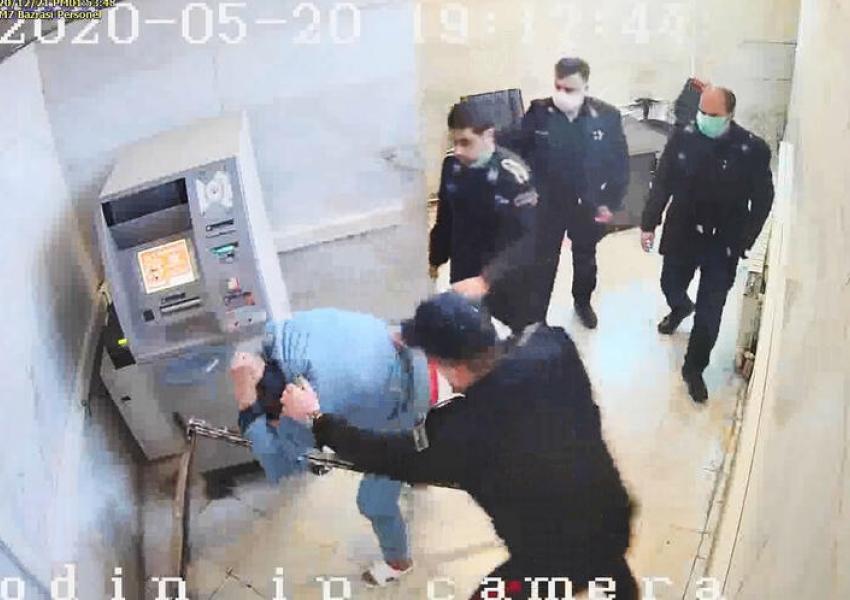 In the aftermath of this week’s release of hacked security-camera footage of prisoner abuse at Tehran's Evin prison, 28 political prisoners in the prison have demanded an investigation of psychological torture of political prisoners and their families and urged international human rights organizations to scrutinize prison conditions.

While Amnesty International called the video recordings “shocking,” many former and current prisoners have alleged more serious ill-treatment including sexual abuse and pressure to obtain confessions in prisons including Evin, where the Revolutionary Guards runs its own wards for political and security prisoners. Edalat-e Ali, the group that hacked the videos, has said it will release footage from prison wards, as well as political prisoners' case files and other confidential documents.

A statement from the 28 political prisoners carried Thursday by the Human Rights News Agency (HRANA) said not all ill-treatment or degrading behavior could be documented by surveillance cameras, which were installed after parliamentary pressure.

"Political prisoners are subjected to various forms of psychological tortures from the moment security forces enter their houses… during later stages of their detention, interrogation, and unfair stage-managed trials, and eventually in prison where they are deprived of their social rights," the statement said.

The 28 prisoners – whose names were withheld in the HRANA report, presumably for their security – argued that the “videos showing inhumane and degrading behavior toward prisoners” were so telling “that despite its media and propaganda power, even the prisons organization was unable to deny their authenticity.”

Nour News, a website close to Ali Shamkhani, the Secretary of the Supreme National Security Council, in a commentary Wednesday said the “disturbing” footage was being used to put Iran under international pressure "through lies and accusations." Nour News suggested the hackers had aimed to undermine prison reforms by recently appointed chief justice Gholam-Hossein Mohseni Ejei and his predecessor, President Ebrahim Raisi (Raeesi).

Tapandegan, a second group that distributed Monday the images to various media outlets Monday said it was doing so to highlight human rights violations.

The head of Iran's Prisons Organization, Mohammad-Mehdi Haj-Mohammadi, who Tuesday promised “serious action” against those responsible for “unacceptable behavior,” said Wednesday that prison staff who had not stopped the beating of an inmate had been laid off and were under investigation while some law-enforcement officers had been referred to a military court. But the chairman of Iran's Central Bar Association, Jalil Maleki, Thursday said the videos showed that prison guards believed they would not be held accountable.

One of the videos, which have no sound, showed officers beating a prisoner while others watch indifferently. Another shows people with long hair, who are clearly not women and probably in the ward famously known as the ‘transgender ward,’ which is cold and has a corrugated iron roof.

Iran's president Ebrahim Raisi addressed the UN General Assembly saying his country wants a resumption of nuclear talks with world powers to lead to the removal of US sanctions. END_OF_DOCUMENT_TOKEN_TO_BE_REPLACED

President Joe Biden told the UN General Assembly on September 21 that he will prevent Iran from getting nuclear weapons. END_OF_DOCUMENT_TOKEN_TO_BE_REPLACED

India has seized nearly three tons or $2.72 billion worth of Afghan heorin shipped from Iran. END_OF_DOCUMENT_TOKEN_TO_BE_REPLACED

Iran's foreign ministry spokesman has said that nuclear talks with world powers will start in a few weeks but has not given a firm date. END_OF_DOCUMENT_TOKEN_TO_BE_REPLACED