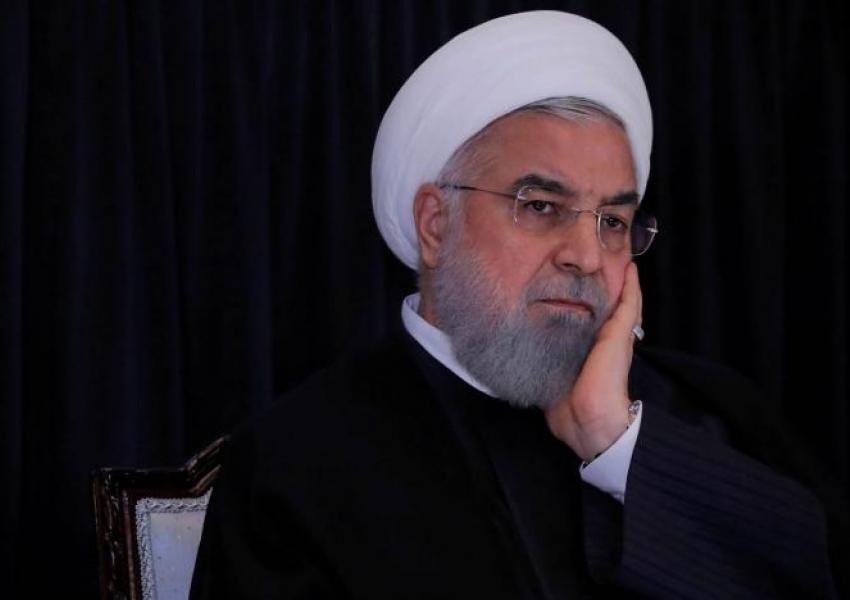 Majles Drops Rouhani Impeachment 'In The Interest Of Expediency'

Deputy Majles Speaker Ahmad Amirabadi-Farahani said on Monday [October 19] that the impeachment of President Hassan Rouhani, which has been mooted since last week, is no longer on the parliament’s agenda. Speaking live on state television, Farahani said that “in the interest of expediency” the Majles would “help Rouhani to finish the final months of his term in office.”

Amirabadi-Farahani said that impeaching Rouhani or any of his ministers would “as a matter of fact” take some two months. Considering the Iranian New Year holidays, this meant Rouhani had only three months left in office. Amirabadi-Farahani added that the Majles Speaker Mohammad Bagher Ghalibaf (Qalibaf) had held a meeting with Rouhani’s economic team in a bid to help the administration.

Back in July, the Supreme Leader Ali Khamenei used a rare address to parliament – made by video link – to rule out impeaching Rouhani, as some conservative parliamentarians had demanded. Such a move, said Khamenei, would lead to “a confrontational atmosphere in the leadership of the government institutions.”

But comments from Rouhani at last week’s cabinet, using a historical analogy with the Shia Imam Hassan to float a possible “peace” with the United States, enraged the president’s critics. On Monday, clerics and political activists in Qom and Mashhad, home to Iran’s major seminaries, took to the streets demanding Rouhani’s impeachment and dismissal. Mojtaba Zolnouri, the charman of the National Security and Foreign Policy Committee of the Iranian parliament, was particularly vocal in demanding Rouhani be hanged.

Then on Tuesday morning IRGC-linked Fars news agency published a statement by Hossein Shariatmadari, editor of the Kayhan newspaper, that was apparently a signal from Khamenei to tone down attacks on Rouhani, as the impeachment push had gone too far.

Days earlier, Shariatmadari, a Khamenei appointee, had criticized Rouhani for allegedly distorting the history of Islam to justify negotiations with the US. Now Shariatmadari’s statement to Fars claimed that “attacks on Rouhani and demanding his resignation” were “something the United States wants.”

Kayhan’s editor argued that the US wanted unrest in Iran similar to Iraq and Lebanon and that impeaching the president would play into Washington’s hands – regardless of the move being encouraged by the Head of the National Security Committee of the Majles.

Khamenei’s order in July barring lawmakers from impeaching Rouhani was not his first such intervention. During the presidency of Mahmoud Ahmadinejad (2005-13), the Leader in 2012 stopped an impeachment process, even though he had a difficult relationship with the then president.

Cries to impeach Rouhani or demands for his resignation have come from across the political spectrum. Recently, reformist analyst Abbas Abdi called for Rouhani’s resignation. But most calls for his impeachment, trial or dismissal have been made by Iran’s conservatives.

City officials in Iran's capital Tehran are planning to put locks on large waste containers in the streets to prevent garbage pickers from accessing waste. END_OF_DOCUMENT_TOKEN_TO_BE_REPLACED

The Biden Administration has confirmed to the US Congress that sanction imposed by its predecessor on Iran have drastically reduced Iran's trade with the world. END_OF_DOCUMENT_TOKEN_TO_BE_REPLACED

The UK government said on Sept 20 that Britain would "not rest" until all its dual nationals being held in Iran were returned home. END_OF_DOCUMENT_TOKEN_TO_BE_REPLACED