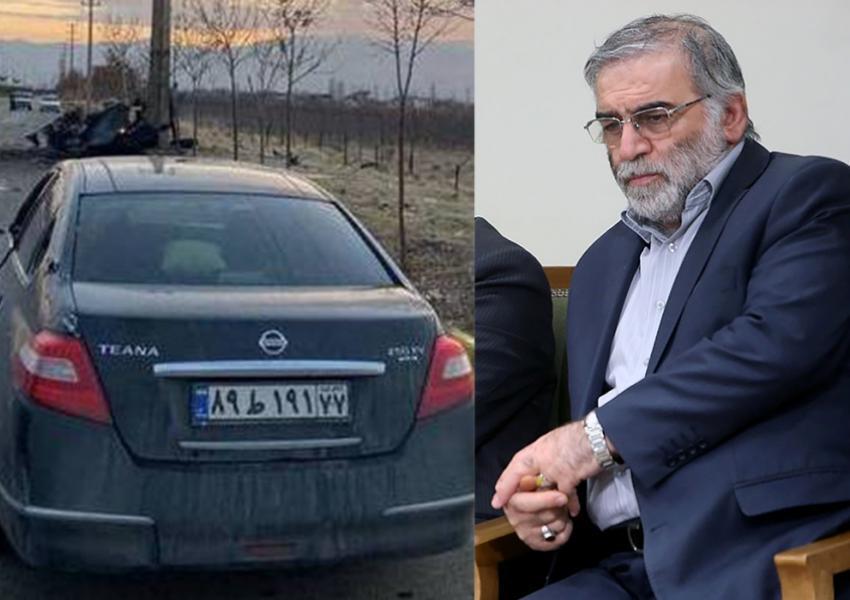 Alavi appeared to be defending his ministry against the accusation of failing to prevent Mohsen Fakhrizadeh’s assassination while he was driving his car on a road in the eastern suburbs of the capital Tehran.

Iran has multiple intelligence agencies, but the Intelligence Ministry is part of the presidential administration, while the Revolutionary Guards (IRGC) have their own Intelligence Organization, which is responsible for the security of military personnel and facilities. Fakhrizadeh was working for the military and was part of the IRGC.

“Since the Ministry of Intelligence is not allowed to enter the jurisdiction of the armed forces, we asked the armed forces to introduce a liaison so we can assess the potential assassination of Fakhrizadeh, but before any liaison was introduced, he was killed,” Alavi said.

Fakhrizadeh, a senior member of the Islamic Revolution Guards Corps (IRGC) and Iran’s highest nuclear authority was assassinated on November 26, 2020, in Absard area in Damavand county. Government and IRGC officials offered different and sometimes contradicting accounts of the assassination, ranging from a “12-men operation” to “automatic weapons with no human agent involved” and even “online attack controlled by satellite”.

A number of Islamic Republic military officials and some in the media have suggested “security holes, weakness, and infiltration” of the intelligence and security organizations with regards to the assassination of Fakhrizadeh.

The official website of the leader of the Islamic Republic Ali Khamenei published a note pointing out the meetings between Khamenei and Fakhrizadeh, and highlighted the fact that due to some reports about Fakhrizadeh’s negligence in following security protocols, Khamenei had warned Fakhrizadeh about his protection.

Fakhrizadeh's son also talked about the “ambiguities” in his father’s case and said the issue is “much more complicated than a simple assassination with a few bullets”. He did not offer more details.

The Minister of Intelligence has not offered any further information, including the identity of the “military person” responsible for the assassination or his military branch.

City officials in Iran's capital Tehran are planning to put locks on large waste containers in the streets to prevent garbage pickers from accessing waste. END_OF_DOCUMENT_TOKEN_TO_BE_REPLACED

The Biden Administration has confirmed to the US Congress that sanction imposed by its predecessor on Iran have drastically reduced Iran's trade with the world. END_OF_DOCUMENT_TOKEN_TO_BE_REPLACED

The UK government said on Sept 20 that Britain would "not rest" until all its dual nationals being held in Iran were returned home. END_OF_DOCUMENT_TOKEN_TO_BE_REPLACED