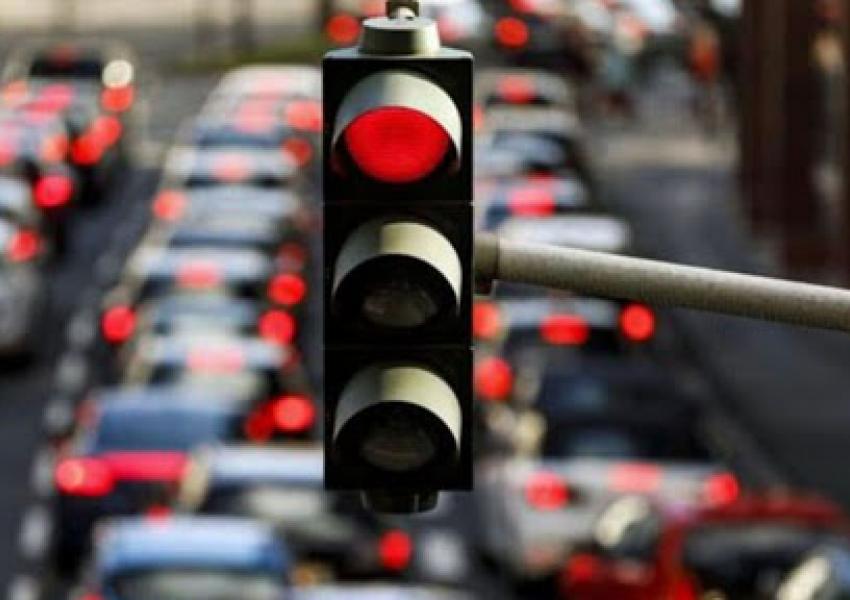 Multiple crises including widespread power cuts, water shortage, lack of a proper Covid-19 vaccination plan, nationwide strikes by oil, gas and petrochemical workers, soaring prices and an angry population bedevil the Islamic Republic as the country's key officials who are usually in a state of denial are nowhere to be seen.

The chaos resembled traffic in Tehran on Monday where power cuts led to road chaos as traffic lights stopped functioning.

No one has heard from Supreme Leader Ali Khamenei, President Hassan Rouhani, his six vice presidents and more than two dozen ministers. Instead, low key officials make disturbing remarks that make the people even angrier than they already are. A power authority middle manager said on Monday that people should still expect more widespread blackouts. A lawmaker said on the same day that Covid vaccines have not been effective anywhere in the world and the only thing Iranians can do to ward off the pandemic is social distancing.

Many on social media voice their anger because such statements are seen as putting the blame for the spread of the disease on the people rather than on the government.

The video in this tweet shows people in Mazanderan province protestting power cuts.

Other officials, such as the man in charge of Tehran's cemetery have been adding insult to injury by saying there is nothing to worry about the pandemic as the officials have prepared enough graves for everybody. At the same time, Tehran's governor-general Anoushirvan Bandpay has said that a lockdown in Tehran is impossible.

Meanwhile, reports from Tehran and other cities say Covid and other patients are dying in intensive care units in hospitals because of recurrent power outages that have rendered emergency power generators useless.

Many Iranians on social media, including journalist Faranak Arta, say power outages have affected their neighborhood three times on Monday. Many others complain that their household appliances including fridges and air conditioning units are broken because of recurrent outages. However, some have taken advantage of the darkness to chant slogans of "death to dictator" and "death to Khamenei," to vent their frustration.

Students complain that they have not been able to sit for their exams. Teachers have not been able to run online classes as digital communication has come to a standstill. Monday morning Communication Minister Mohammad Javad Azari-Jahromi, the only government minister available to respond to complaints, explained that recurrent power outages have rendered communication facilities useless as batteries need at least eight hours to be recharged after they are completely drained.

More than a few people joked on social media saying they wished to trade places with Baran, the chimp at the Tehran Zoo who is going to fly to Kenya as part of an international trade-off between animal lovers.

Some like Farnaz Miri said on Twitter that the only plan which is really implemented in Iran is the timetable for blackouts.

A video not independently verified yet, show patients dying in a cardiac care unit one by one after a power outage.

Last November, the commander of the Revolutionary Guards, Hossein Salami said that the IRGC is going "to attack the coronavirus wherever it lives."  He has not been heard of yet as the pandemic continues with renewed strength.

In the meantime, news on social media about one million imported vaccines going missing angers helpless Iranians who have been waiting for the vaccination of their elderly relatives for weeks.

Many have pointed out on social media that the chaos might be endless while no one seems to be in charge in the country. The Rouhani administration appears to have left the scene before the new administration takes over.

Iran's president Ebrahim Raisi addressed the UN General Assembly saying his country wants a resumption of nuclear talks with world powers to lead to the removal of US sanctions. END_OF_DOCUMENT_TOKEN_TO_BE_REPLACED

President Joe Biden told the UN General Assembly on September 21 that he will prevent Iran from getting nuclear weapons. END_OF_DOCUMENT_TOKEN_TO_BE_REPLACED

India has seized nearly three tons or $2.72 billion worth of Afghan heorin shipped from Iran. END_OF_DOCUMENT_TOKEN_TO_BE_REPLACED

Iran's foreign ministry spokesman has said that nuclear talks with world powers will start in a few weeks but has not given a firm date. END_OF_DOCUMENT_TOKEN_TO_BE_REPLACED