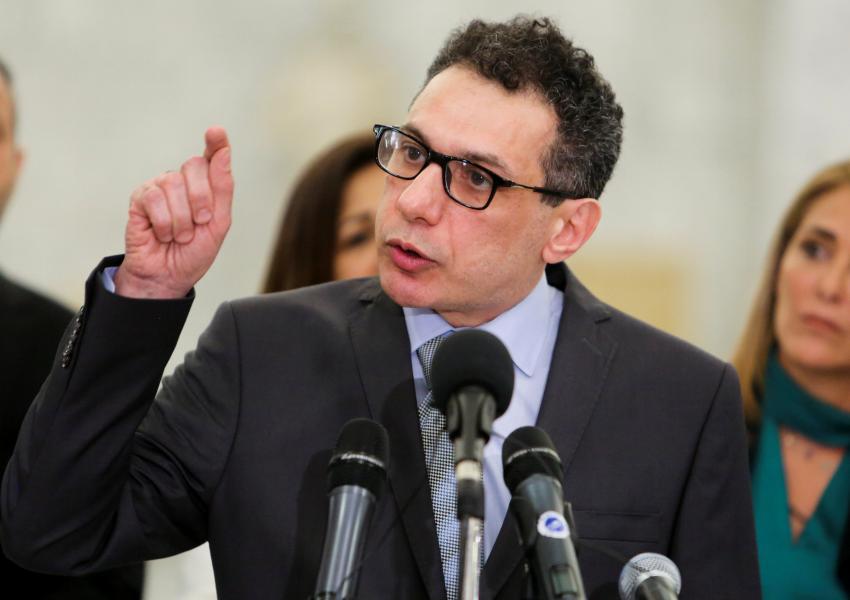 Nizar Zakka: I was regularly tortured in Iran

In his first official interview, Nizar Zakka, the Lebanese citizen who was incarcerated in Iran for three years talked about his experience in Evin prison, which he referred to as one of “the most horrifying prison in the world”.

In his interview with Al-Arabiya, Zakka described his arrest procedure and said he was under all kinds of torture from the first days. According to Zakka, after one year most of the tortures shift to “psychological” and “most prisoners in Evin prison are victims of this type of torture, and this is one of the most horrifying prisons in the world.”

Zakka stated that during his three years and eight months in prison, he spent the first one and a half year in solitary confinement where he was not allowed any visitation, and he “cannot even begin to describe the conditions.”

He was then transferred to a ward with foreign prisoners from the U.S, Britain, Sweden, Iraq, Austria, and other countries, and he talked to a few of them. Zakka has promised to defend the rights of these prisoners and fight for their release. Zakka stated that Iran has no respect for international conventions on prisoners’ rights.

The IT expert was arrested on the charge of espionage after being officially invited by the Iranian government to attend a seminar in Iran.

Zakka also clarified that he was interrogated by the Islamic Revolutionary Guard Corps (IRGC) in prison, and not the Iranian intelligence.

City officials in Iran's capital Tehran are planning to put locks on large waste containers in the streets to prevent garbage pickers from accessing waste. END_OF_DOCUMENT_TOKEN_TO_BE_REPLACED

The Biden Administration has confirmed to the US Congress that sanction imposed by its predecessor on Iran have drastically reduced Iran's trade with the world. END_OF_DOCUMENT_TOKEN_TO_BE_REPLACED

The UK government said on Sept 20 that Britain would "not rest" until all its dual nationals being held in Iran were returned home. END_OF_DOCUMENT_TOKEN_TO_BE_REPLACED