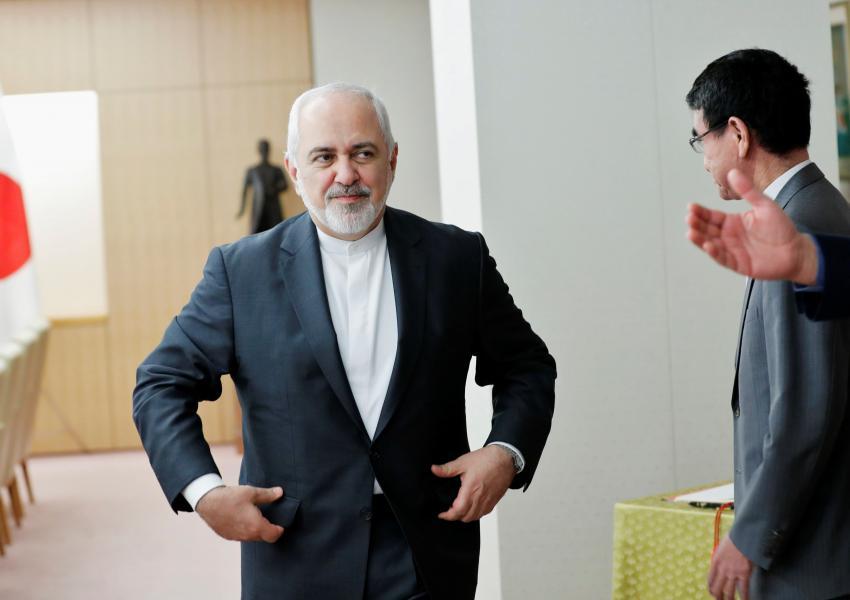 Normalization and de-escalation in a coma

There has been a noticeable increase in the number of mediating diplomatic envoys from Iraq, Oman, and Germany heading to Iran following the surge in tensions between the Islamic Republic of Iran and the United States of America. Japan also expressed interest to play the role. But one may ask what the results of such visits would be? Would these third parties be able to convince the Iranian regime to reduce tensions, come to the negotiation table and normalize its relations with other countries? Or, let’s say, is it even possible after all?

The Islamic Republic has been an abnormal regime since its birth; a theocracy with an agenda to implement Sharia law in the 20th century and the political leadership of Shia clerics. The regime was founded, at its roots, to negate a hundred years of Iranians’ endeavor for development and modernization within the Western civilization framework. The regime has never ceased such a distinctive nature. They have nonetheless tried to normalize their international relations at times, namely during Hashemi Rafsanjani’s presidency and later in Khatami’s reformist government. Even the current president, Rouhani, tried to push ahead with the second and third versions the Iran Deal after the first and main Iran nuclear deals, but the regime’s behavior elsewhere (threatening Israel, meddling in Syria, Yemen, and Iraq) put an end even to the first deal.

It is now history that they always took some major actions opposite of normalization in any sense of the concept; examples are taking hostage the American diplomats in Tehran for 444 days, founding Hezbollah in Lebanon and arming them to the teeth, assassination of their dissidents in Europe (Mykonos restaurant assassinations in Berlin and assassination of Prime Minister Bakhtiar in Paris), mass execution of political prisoners in 1988, and the brutal crackdown on the Green Movement in 2009 and 2010.

Two policies of the regime have proved to be big obstacles for any attempt to reduce tension with the world and its neighbors: Iran’s missile and nuclear programs. This duo has always created enormous problems for the regime, even to the extent that Iran was referred because of them to the UN Security Council. These two programs have put a resolution scenario in a coma.

What Iran has done in response to the United States’ withdrawal from the Iran deal proves to work one way: lengthening the period of sanctions and making normalization as unlikely as possible.

The EU states began with opposing Trump’s policy towards the Iran deal, but now they are aligning themselves with the US in light of recent steps by Iran to proceed with its missile program and to increase tensions in the region. The fact that hardliners suspended the process of Iran’s signing the CFT and Palermo Convention (both related to anti-money laundering regulations) provides another good reason for Europeans to close the gap with the American with respect to Iran. The British secretary of defense has said recently that their warships joined the Americans in the Persian Gulf and would support them in case of a conflict.

The Islamic Republic was playing cautiously during the first year of Trump’s sanctions on Iran as they hoped either Trump would be impeached soon, or he would undergo a defeat in the 2020 election. They seem to have stopped betting on these delusions and have taken some actions. Because these new actions by Iran, the next administration, even won by Democrats, will not be able to justify returning to the previous Iran deal. Some Democrats running a campaign have pledged they would return to the Iran deal.

Shooting missiles and its Consequences

The US used Thaad Missiles for the first time in March 2019 in Israel because of their concerns about Iranian missiles with high precision. Thaad missiles defense system had already been set up in Europe and South Korea. The UAE did the same in 2017. Saudi Arabia also wants the system. Israel already had a defense system of its own; however, the Tadd system can target the middle range and long-range missiles better.

The use of this system in Israel is a temporary measurement. It proves the US’s commitment to protecting Israel against Iran’s threats. It is the American doctrine to prevent a war by showing off military power.

Considering Israel’s constant attacks on Iran backed forces in Syria, it is likely that Iran attempts to retaliate. The US will make sure to support Israel in such cases.

There was a pause in unreserved support of the US towards Israel during Obama’s administration. However, that policy is long gone after Trump’s inauguration.  Obama’s team defined a leftist and isolationist role for the United States whether in the Israel-Palestine dispute or Iran-Israel conflict. By not backing Israel in these conflicts, terrorist groups and the Islamic Republic were encouraged to spread violence around the region.

Missiles have become the main weapon of aggression and defense for Iran and its proxies. Missiles cannot occupy or conquer territory, but they can be leveraged as quick means of retaliation. When targeted at the urban area, missiles can disturb the normal stream of life. The leaders of Iran understand how dependent the open economies are on stability and safety, so they play their missiles to keep that under threat.

The Islamic Republic has equipped Hezbollah with ballistic missiles so that they can disturb civilians’ lives in Israel whenever they want to. This capability not only has put Israel under threat, but it has shown to be a serious danger for all the region. All other countries of the region now are wary of the threats, spending billions of dollars on arms purchases. The more this situation goes on, the lower the sense of security in the region plummets. This will not give Iran a chance to move towards normalization of its relations with the world and its neighbors.

City officials in Iran's capital Tehran are planning to put locks on large waste containers in the streets to prevent garbage pickers from accessing waste. END_OF_DOCUMENT_TOKEN_TO_BE_REPLACED

The Biden Administration has confirmed to the US Congress that sanction imposed by its predecessor on Iran have drastically reduced Iran's trade with the world. END_OF_DOCUMENT_TOKEN_TO_BE_REPLACED

The UK government said on Sept 20 that Britain would "not rest" until all its dual nationals being held in Iran were returned home. END_OF_DOCUMENT_TOKEN_TO_BE_REPLACED