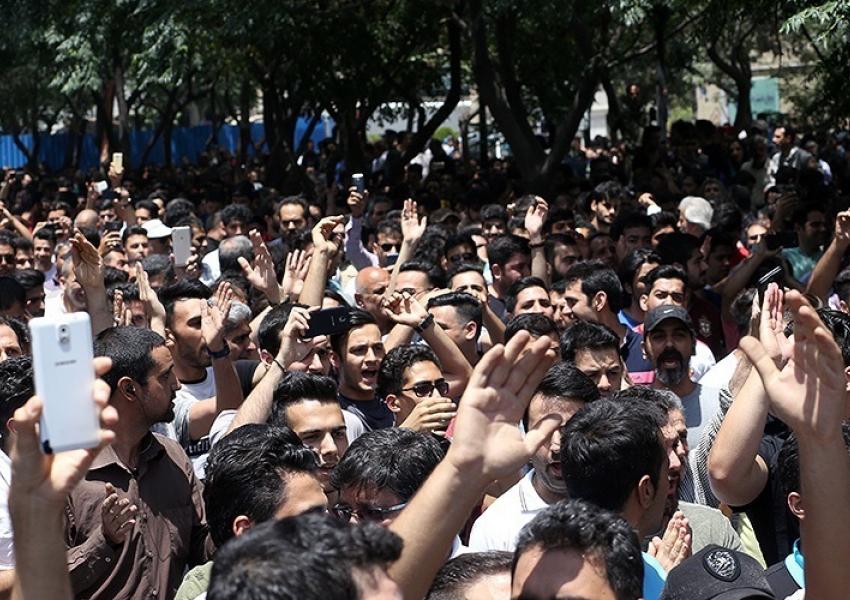 Meanwhile, a seasoned right-wing cleric and politician has said that he anticipates social upheavals in Iran as early as November.

Deputy Interior Minister for Security Affairs Hossein Zolfaghari said in a news conference in Tehran on Tuesday September 1: "There have been 519 calls for protests during the first five months of last year [March - July 2019]. The figure has risen to 1,702 during the same months in 2020 showing a 227 percent rise in the number of calls for protests."

Zolfaghari said there are both intelligence reports about the rising number of calls for protest as well as evidence on social media.

However, he opined that "calls for protest in Iran originate from outside the country." Iranian officials have been consistently attributing protests in Iran to foreign-based media and opposition groups during the past 40 years.

Zolfaghari added that although calls for protest are made from abroad, the media inside Iran also help publicize them. This is a pretext Iranian officials have often used to restrict information dissemination through banning publications and websites.

The security official charged that foreign-based media cover the news of strikes and industrial actions in Iran to turn the country into another Syria. He called for the “people's awareness” in this connection. However, he said that people are aware of these things more than officials.

Nationwide public protests have taken place in Iran regularly every year since late 2017 and the security forces have arrested thousands of protesters and killed hundreds of others.

Apart from political reasons such as calling for civil liberties and putting an end to discrimination and injustice, the protests were also triggered by the worsening economic situation in Iran.

The coronavirus pandemic as well as international sanctions have further deepened the economic crisis and fuelled further protests.

President Hassan Rouhani has often said, most recently on July 11 that continued lockdowns will lead to protests by hungry people.

Reflecting concerns about the possibility of renewed public protests in Iran Hassan Beyadi, the Secretary-General of the Abadgaran [Developers] Society has warned that "unprecedented political and social events might take place by mid-November."

The Abadgaran is the political group that brought ultraconservative Mahmoud Ahmadinejad to power in 2005.

Beyadi who is a hardliner cleric said on Monday that "The people are unhappy about the performance of both political factions and dissent is on the rise as previous solutions did not work."

He said this comes while officials are concerned more about their own survival in this political atmosphere than trying to solve the people's problems. He further charged that those who nominate themselves for the upcoming presidential elections in 2021 often lack political insight about the country's ongoing situation.

Beyadi further claimed that Ahmadinejad can be a serious player if he takes part in the election as he enjoys grassroots support. However, he noted that "the rise in the number of economically vulnerable people" may have changed the situation.

City officials in Iran's capital Tehran are planning to put locks on large waste containers in the streets to prevent garbage pickers from accessing waste. END_OF_DOCUMENT_TOKEN_TO_BE_REPLACED

The Biden Administration has confirmed to the US Congress that sanction imposed by its predecessor on Iran have drastically reduced Iran's trade with the world. END_OF_DOCUMENT_TOKEN_TO_BE_REPLACED

The UK government said on Sept 20 that Britain would "not rest" until all its dual nationals being held in Iran were returned home. END_OF_DOCUMENT_TOKEN_TO_BE_REPLACED