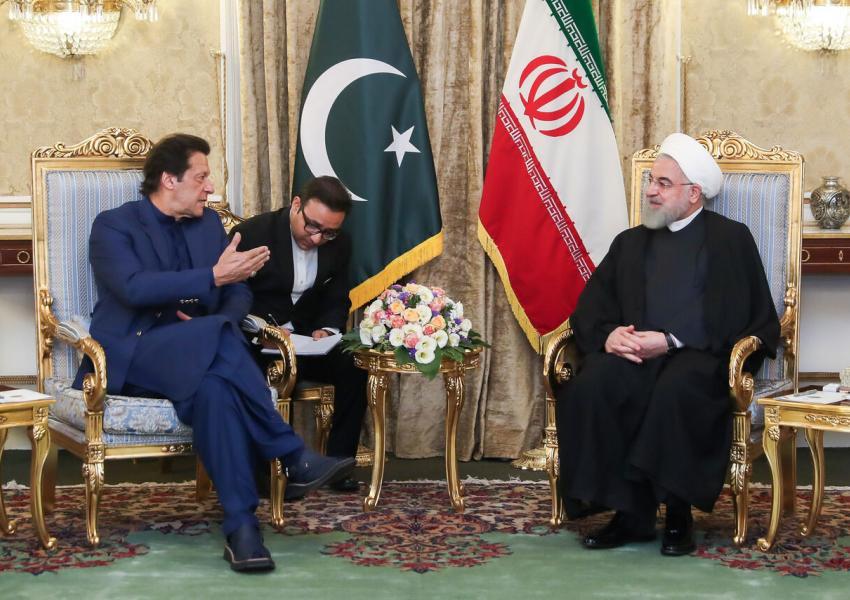 Pakistan’s prime minister will “facilitate” between Iran and Saudi Arabia

In a joint press conference with President Hassan Rouhani, Pakistan’s Prime Minister Imran Ahmed Khan Niazi (Imran Khan) said that his country has an initiative that could de-escalate tensions between Tehran and Riyadh, and he would discuss his plan with Saudi Officials in his upcoming trip to Riyadh.

He described his talks with the Iranian officials as positive and announced that he would travel to Saudi Arabia on Tuesday to move his de-escalation initiative forward.

Imran Khan emphasized that he would play the role of “facilitator” and not the mediator between Iran and Saudi Arabia.

Previous reports indicated that the prime minister of Pakistan will bring a message from Saudi Arabian officials for the Islamic Republic of Iran’s authorities, but the foreign ministry of Pakistan denied these reports on Saturday.

Imran Khan also announced that during the UN General Assembly, President Trump had asked him to help de-escalate the tensions between Iran and the United States.

Rouhani also stated that Iran’s key issue is America’s return to the deal and lifting all the sanctions.

Imran khan is to also meet with the leader of the Islamic Republic of Iran, Ali Khamenei.

City officials in Iran's capital Tehran are planning to put locks on large waste containers in the streets to prevent garbage pickers from accessing waste. END_OF_DOCUMENT_TOKEN_TO_BE_REPLACED

The Biden Administration has confirmed to the US Congress that sanction imposed by its predecessor on Iran have drastically reduced Iran's trade with the world. END_OF_DOCUMENT_TOKEN_TO_BE_REPLACED

The UK government said on Sept 20 that Britain would "not rest" until all its dual nationals being held in Iran were returned home. END_OF_DOCUMENT_TOKEN_TO_BE_REPLACED