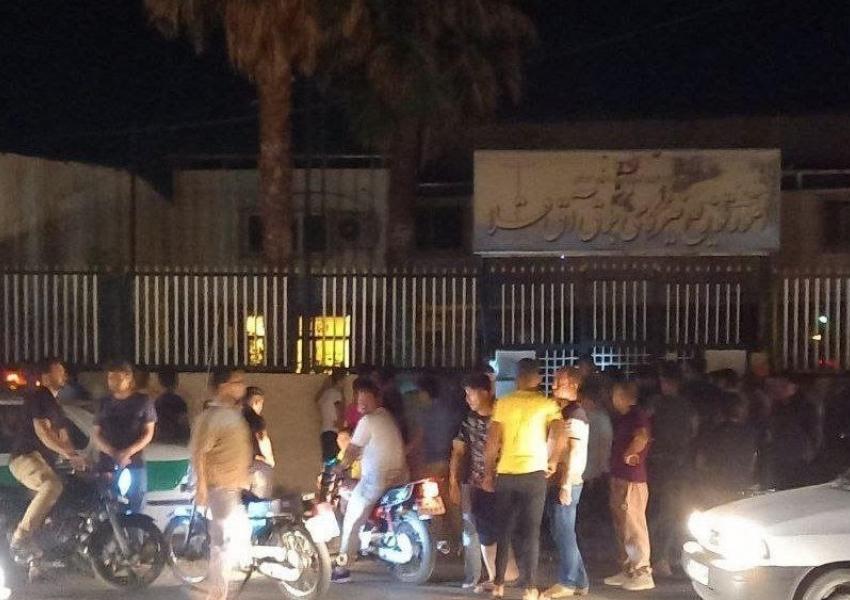 People Come Out To Protest Widespread Power Cuts In Iran

After more unannounced power cuts Sunday evening across Iran, people gathered in many cities to protest the blackouts. In Tehran people in darkness were shouting “Death to the dictator”.

The protest gatherings were in most cases outside the local offices of the national electricity company. Protests were reported in several cities and towns in northern Golestan province where people in one town also blocked roads.

People also protested in the south-central city of Kazeroun and demanded accountability from officials over repeated and sudden blackouts.

In the capital Tehran, while neighborhoods plunged into darkness, people were heard shouting from their windows, “Death to Khamenei” and “Death to the dictator”, referring to the supreme leader who is the ruler of the country, responsible for key decisions and appointments. Others chanted “Death to the Islamic Republic”, reminiscent of slogans during mass protests in 2018 and 2019.

Video emerged on social media Sunday showing Iranians chanting "Death to the Dictator" and "Death to Khamenei" amid repeated power outages in recent days in Tehran and elsewhere. #Iran pic.twitter.com/XQ2lUnIxo5

Widespread blackouts started Saturday night in Tehran and other cities, which was not part of scheduled power cuts Iran has experienced in recent months due to insufficient electricity generation and rising demand. Officials on Sunday warned that power cuts will continue and possibly get worse if summer temperatures go higher.

With the Covid-19 pandemic continuing unabated and economic hardship due to three years of US sanctions leading to high inflation and discontent, the Islamic Republic faces the potential danger of renewed anti-regime protests.

Electricity consumption this year has steadily increased and reached as high as 64,000 megawatts per day, more than 10,000 higher than the country’s electricity generation capacity.

Extended power cuts that started in May decreased in the first half of June before the controversial presidential election on June 18 as it became certain that millions of disenchanted voters were inclined to boycott the vote. After the election, when a hardliner judge well-known for his human rights violations was announced the winner, power cuts again became more frequent.

An official said Sunday that the government has failed to increase power generation to keep up with demand. He explained that every year Iran needs to add 5,000 megawatts to its capacity, while in recent years only 2,000 has been added annually.

Electricity is heavily subsidized in Iran, which does not encourage energy saving. Government offices are said to be one of the biggest sources of waste and in recent days authorities turned off power at several large office complexes.

The cheap electricity has also led to cryptocurrency mining with large power-hungry licensed and illegal computer farms using as much as 10 percent of the power supply. Unidentified Chinese entities are said to be involved, possibly in partnership with different parts of the Iranian government.

Iran's president Ebrahim Raisi addressed the UN General Assembly saying his country wants a resumption of nuclear talks with world powers to lead to the removal of US sanctions. END_OF_DOCUMENT_TOKEN_TO_BE_REPLACED

President Joe Biden told the UN General Assembly on September 21 that he will prevent Iran from getting nuclear weapons. END_OF_DOCUMENT_TOKEN_TO_BE_REPLACED

India has seized nearly three tons or $2.72 billion worth of Afghan heorin shipped from Iran. END_OF_DOCUMENT_TOKEN_TO_BE_REPLACED

Iran's foreign ministry spokesman has said that nuclear talks with world powers will start in a few weeks but has not given a firm date. END_OF_DOCUMENT_TOKEN_TO_BE_REPLACED

Shahin Naseri, a fellow prisoner who gave evidence in the murder trial of Navid Afkari that the wrestler had been beaten to secure a confession, is reported dead by other inmates.
1 hour 2 min ago

The new secretary of Iran's Expediency Council Mohammad Bagher Zolghadr is a former senior IRGC commander like his predecessor Mohsen Rezaei and a hardline political operator.
22 hours 22 min ago