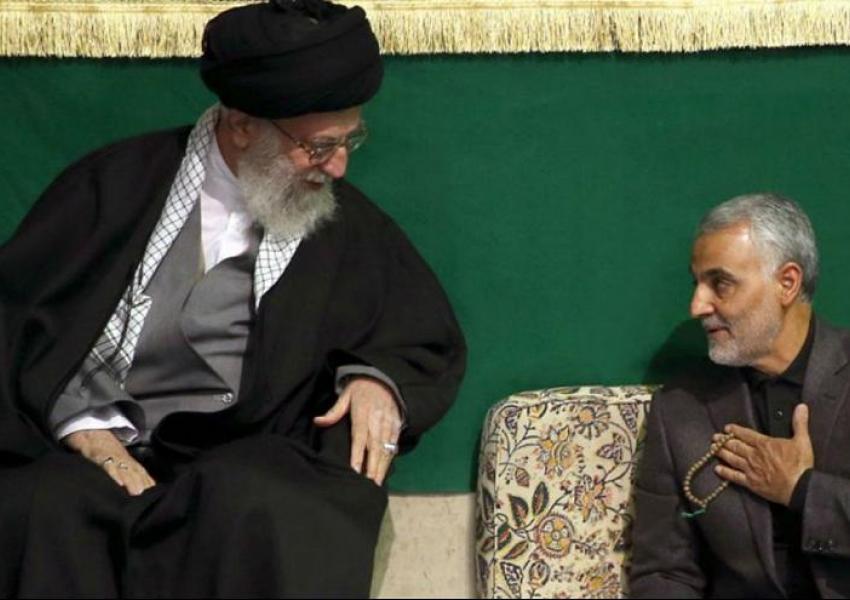 Ayatollah Khamenei, the leader of Iran, presented the highest military honor in Iran to Qasem Soleimani, the commander of IRGC’s Quds (Jerusalem) Force, which is the international operations arm of the IRGC.

This is the first time since the revolution that the military honor of “Zaolfaghar” is bestowed on a military commander. Khamenei has previously praised Soleimani by referring to him as the “living martyr”.

Zolfaghar medal, named after the sword Imam Ali, the first Shia Imam, was the highest military honor in the kingdom of Iran since 1922. A while later the Sepah medal replaced it and the Zolfaghar medal was reserved for cases of fighting against foreign enemies.

Since the Syrian civil war, Soleimani has become a well-known figure in the region. The state media refers to him as the commander of Iranian “consultants” in Syria. The Islamic Republic refers to its military forces in war-torn countries of the region as “consultants”.

Soleimani was the first person to congratulate Khamenei for the defeat of ISIS. He is among Khamenei’s most trusted people and has a strong role in Iran’s foreign policy. Some say his presence at both meetings with Bashar Assad during his unannounced trip to Iran, while Zarif was absent, is the reason for Zarif’s resignation. Zarif denies any connection between the two matters.

City officials in Iran's capital Tehran are planning to put locks on large waste containers in the streets to prevent garbage pickers from accessing waste. END_OF_DOCUMENT_TOKEN_TO_BE_REPLACED

The Biden Administration has confirmed to the US Congress that sanction imposed by its predecessor on Iran have drastically reduced Iran's trade with the world. END_OF_DOCUMENT_TOKEN_TO_BE_REPLACED

The UK government said on Sept 20 that Britain would "not rest" until all its dual nationals being held in Iran were returned home. END_OF_DOCUMENT_TOKEN_TO_BE_REPLACED