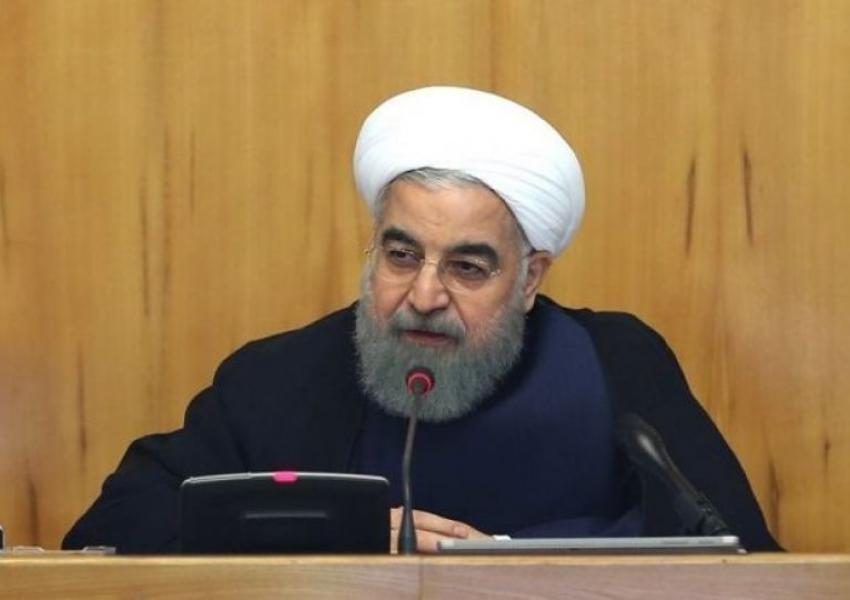 Rouhani: Shooting down the American drone was "delightful"

President of the Islamic Republic of Iran, Hassan Rouhani, described shooting down the American drone as “delightful” and said Iran will hit “any aggressor whether it be a drone, plane, ship, or anything else.”

Rouhani is referring to the American drone that was shot down by the Islamic Revolutionary Guard Corps (IRGC) on June 20, which escalated the tensions between the United States and the Islamic Republic.

The Islamic Republic claims the drone was in Iranian airspace while the United States claims it was shot down in international airspace.

Regarding the sanctions, Rouhani said: “People had a hard time last years and they will have a hard time this year.” He emphasized, however, that “the government’s capabilities and resources are limited, but people’s patience and tolerance is infinite.”

Rouhani confessed that in the past 40 years, Iran was never sanctioned so severely.

He once again described US sanctions as economic terrorism and claimed that the sanctions affect sick children in hospitals.

Brian Hook, the chairman of Iran Action Group in US State Department recently released a video announcing that the purchase of food, medicine, and medical equipment was never included in US sanctions and that the Islamic Republic constantly lies about this fact.

City officials in Iran's capital Tehran are planning to put locks on large waste containers in the streets to prevent garbage pickers from accessing waste. END_OF_DOCUMENT_TOKEN_TO_BE_REPLACED

The Biden Administration has confirmed to the US Congress that sanction imposed by its predecessor on Iran have drastically reduced Iran's trade with the world. END_OF_DOCUMENT_TOKEN_TO_BE_REPLACED

The UK government said on Sept 20 that Britain would "not rest" until all its dual nationals being held in Iran were returned home. END_OF_DOCUMENT_TOKEN_TO_BE_REPLACED