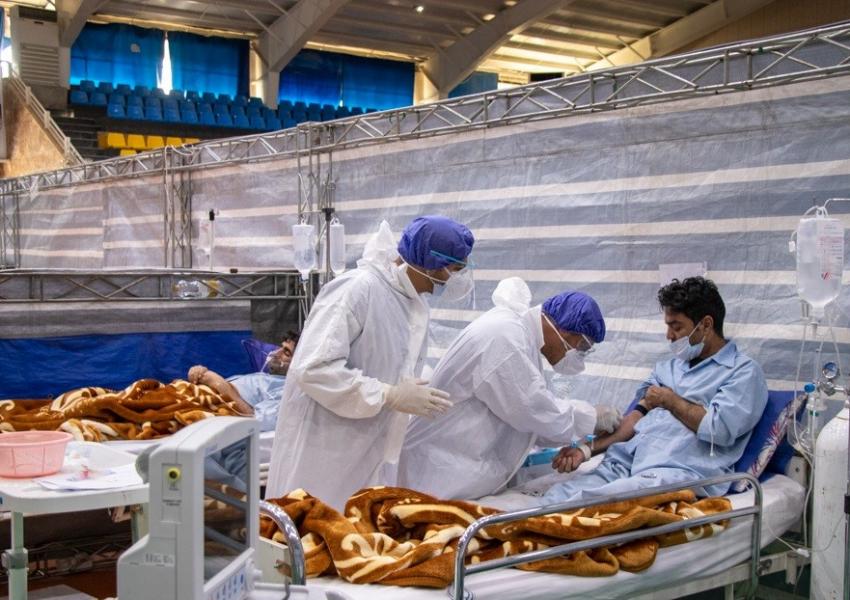 In an unusual statement on Sunday, Iran’s Coronavirus Taskforce has said that if citizens want to get vaccinated before their turn, they should “pay the expenses”.

At the same time, Kianoush Jahanpour, spokesman for the health ministry told Fars news agency that there won't be any out-of-turn vaccinations for payment. The contradiction between statements by two health officials is not clear and might be due to power politics between the two entities.

No country has so far been observed offering privileged Covid vaccination for those who can pay. All governments have a system of priority for the more vulnerable groups in society and occasional out-of-turn vaccinations have been criticized by media. Iran has also issued a vaccination priority plan.

Alireza Raeesi, the spokesman of the Taskforce said, that all citizens will receive free vaccination by March 2022, but in case of payment individuals can get ahead of their turn. He did not mention how much it would cost to receive early vaccination.

This is even a more serious development in Iran, where the government has failed to import large quantities of vaccine and has inoculated less than one percent of the population. Just recently there were reports of senior city officials in Khuzestan province receiving vaccines slated for city workers.

Iran’s Supreme Leader Ali Khamenei banned American and British vaccines in early January, insisting that he does not trust Western countries and pushed for the developments of local variants. However, it is not clear when any reliable local vaccine will reach production stage.

The Iranian ambassador in Moscow on Thursday said a deal to purchase 60 million doses of Sputnik V vaccine had been finalized to inoculate 30 million people, with delivery due to start in June and be completed before the end of 2021.

But officials have made many promises before and it is not clear if Russia has committed to supply 60 million doses and Iran has made any payment.

As he was offering vaccines for payment, Raeesi issued a serious warning about the fourth wave currently hitting the country and said  “will not emerge” from the high rate of infections and deaths “any time soon”. He predicted that hospitalization might climb from 43,000 to 60,000.

On Sunday, Iran reported 405 Covid deaths and more than 21,000 new cases. The death rate is four times higher than a month ago, when the Iranian Nowruz holidays began, and the government refused to restrict traditional New Year travel between cities.

The Health Minister Saeed Namaki, who appears to feel confident in challenging his own boss, has criticized President Hassan Rouhani for his policies in dealing with pandemic. Namaki and some other ministry officials have accused the government several times in public for what they say are haphazard measures and failure to impose tighter restrictions to contain the fourth wave of the pandemic. Namaki advocates using homegrown vaccines while Rouhani has repeatedly said the country needs to import vaccines and cannot wait for homegrown ones to be ready.

City officials in Iran's capital Tehran are planning to put locks on large waste containers in the streets to prevent garbage pickers from accessing waste. END_OF_DOCUMENT_TOKEN_TO_BE_REPLACED

The Biden Administration has confirmed to the US Congress that sanction imposed by its predecessor on Iran have drastically reduced Iran's trade with the world. END_OF_DOCUMENT_TOKEN_TO_BE_REPLACED

The UK government said on Sept 20 that Britain would "not rest" until all its dual nationals being held in Iran were returned home. END_OF_DOCUMENT_TOKEN_TO_BE_REPLACED