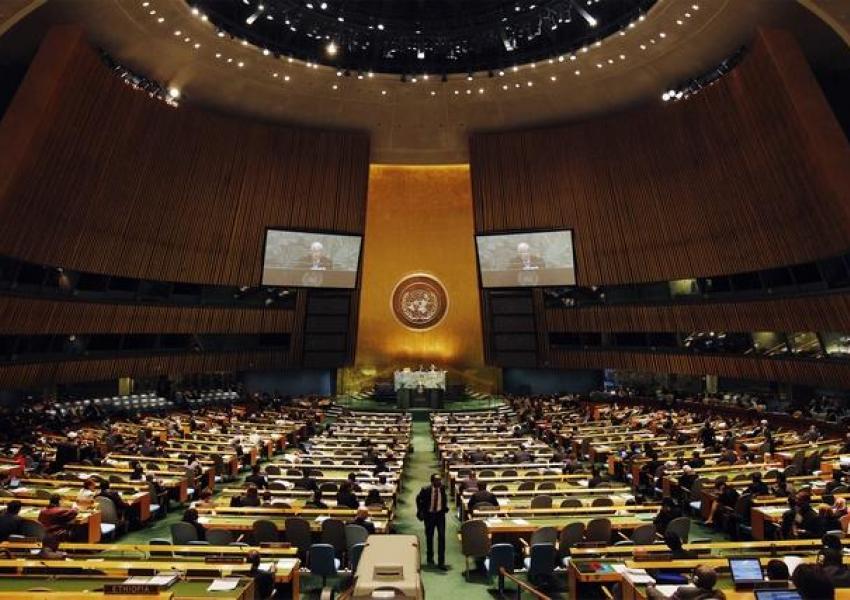 The general assembly of the United Nations condemned Iran’s widespread human rights violations and alarmingly high use of death sentence.

According to the reports, the Canada-drafted resolution was approved by 84 votes against 30, with 67 abstentions.

Most of Iran’s trade partners voted against the resolution, along with some neighbors such as Armenia, Afghanistan, and Iraq.

The resolution condemns the Islamic Republic for severe restriction of freedom of speech, thoughts, and religion.

The high number of executions, including the execution of underage children is another issue mentioned in the resolution. The Islamic Republic is also condemned for violating the rights and religious freedom of citizens and denying education from some religious minorities.

The general assembly resolutions are mainly symbolic but important for the international image of the states.

City officials in Iran's capital Tehran are planning to put locks on large waste containers in the streets to prevent garbage pickers from accessing waste. END_OF_DOCUMENT_TOKEN_TO_BE_REPLACED

The Biden Administration has confirmed to the US Congress that sanction imposed by its predecessor on Iran have drastically reduced Iran's trade with the world. END_OF_DOCUMENT_TOKEN_TO_BE_REPLACED

The UK government said on Sept 20 that Britain would "not rest" until all its dual nationals being held in Iran were returned home. END_OF_DOCUMENT_TOKEN_TO_BE_REPLACED