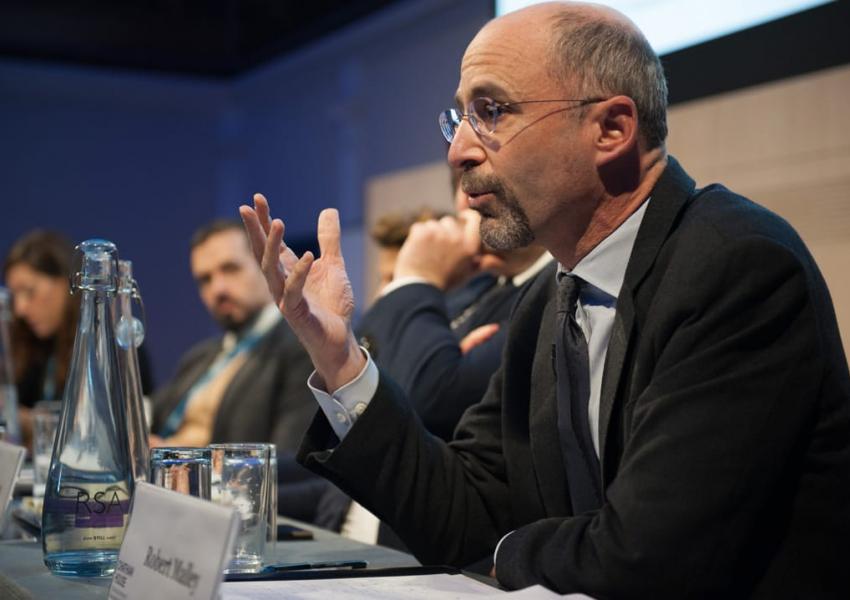 On Tuesday, the US State Department announced that Special Envoy for Iran Robert Malley and a small delegation would be travelling to Moscow and Paris from September 7-10 for consultations with Russian and European partners on Iran’s nuclear program. The statement highlighted “the need to quickly reach and implement an understanding on a mutual return to compliance with the Joint Comprehensive Plan of Action,” JCPOA.

Russian Deputy Foreign Minister Sergey Ryabkov was quoted by Tass on Wedensday as saying, "We have consultations planned. They will be held today and tomorrow morning. We have been planning them for a rather long time in order to discuss the whole situation and look ahead. There are many problems, and, frankly speaking, now is one of those moments when it’s extremely important not to make a mistake."

The announcement comes on the same day as the International Atomic Energy Agency (IAEA) released two confidential reports to member states about Iran’s lack of cooperation with the Agency over outstanding safeguards issues and over extension of a monitoring agreement to preserve continuity of knowledge of Iran’s nuclear program. Iran has not yet committed to scheduling a firm date for the seventh round of negotiations over reviving the JCPOA.

Iran’s IAEA ambassador Kazem Gharibabadi responded to IAEA’s reports by stressing that Iran’s nuclear program remained within its NPT obligations, and that other signatories had not respected their JCPOA commitments as the US had imposed sanctions.

Speaking on condition of anonymity, a US official told Reuters on Tuesday that Malley was expected to meet Russian officials in Moscow on Wednesday and Thursday and British, French, German and European Union officials in Paris on Friday, and that the talks would not focus on next week’s meeting of the IAEA Board of Governors.

“The focus of our meeting will be on nuclear diplomacy with Iran and where we go from here," the US official added, saying Washington still does not know when talks on reviving the deal might resume while Iran’s nuclear program continues to advance.

Former US president Donald Trump withdrew from the Obama-era nuclear agreement in 2018 and adopted the ‘maximum pressure’ policy toward Iran. President Joe Biden signaled at the onset of his presidency that he disagreed with Trump’s Iran policy and would want to return to JCPOA. Talks began in Vienna in April but no agreement was reached until June when Iran suspended the negotiations arguing that its newly elected president needed time to form his government. As the cabinet was formed, Tehran hinted that it might take 2-3 months before it was ready to resume the talks.

“We are also discussing what our approach would be if and when we conclude that Iran is not interested in a return (to the deal)” or envisages a return on terms Washington would not accept. “We have to consider what those alternatives would be,” the official warned.

Iran's president Ebrahim Raisi addressed the UN General Assembly saying his country wants a resumption of nuclear talks with world powers to lead to the removal of US sanctions. END_OF_DOCUMENT_TOKEN_TO_BE_REPLACED

President Joe Biden told the UN General Assembly on September 21 that he will prevent Iran from getting nuclear weapons. END_OF_DOCUMENT_TOKEN_TO_BE_REPLACED

India has seized nearly three tons or $2.72 billion worth of Afghan heorin shipped from Iran. END_OF_DOCUMENT_TOKEN_TO_BE_REPLACED

Iran's foreign ministry spokesman has said that nuclear talks with world powers will start in a few weeks but has not given a firm date. END_OF_DOCUMENT_TOKEN_TO_BE_REPLACED

Shahin Naseri, a fellow prisoner who gave evidence in the murder trial of Navid Afkari that the wrestler had been beaten to secure a confession, is reported dead by other inmates.
1 hour 1 sec ago

The new secretary of Iran's Expediency Council Mohammad Bagher Zolghadr is a former senior IRGC commander like his predecessor Mohsen Rezaei and a hardline political operator.
22 hours 20 min ago