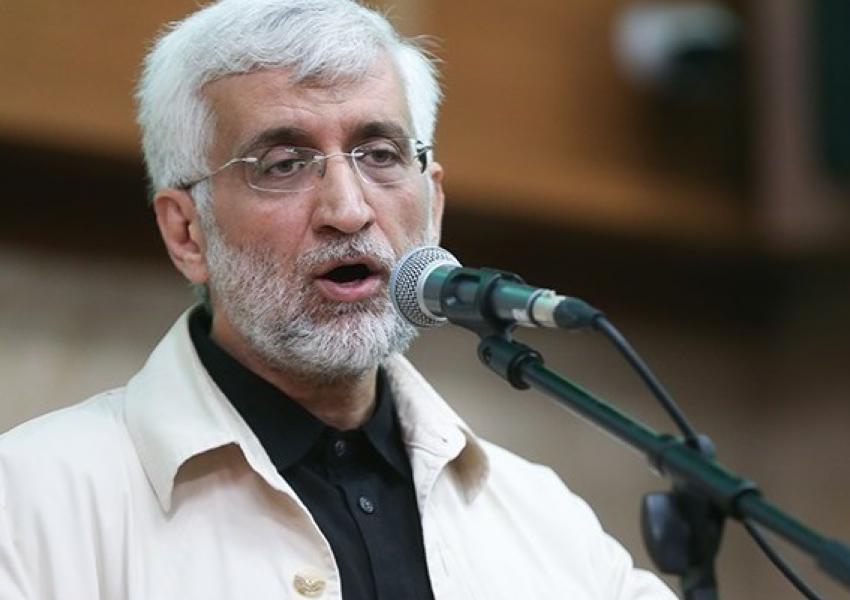 ‘What Is Vexing To The Enemy?’ Asks Former Iran Nuclear Negotiator

Saeed Jalili, a former Iranian nuclear negotiator and a likely principlist candidate in Iran’s June 2021 presidential elections, on Thursday attacked the Rouhani administration for “hesitation against the enemy” over the nuclear issue.

“Some people say do not vex the enemy to avoid creating tension,” Jalili told a gathering of Basij militia university students in Tehran to honor nuclear scientist Mohsen Fakhrizadeh, who was assassinated November 27. “What is vexing to the enemy? Does it cause tension when the enemy knows that they can trample on your rights, or when they feel aggression against you is going to bear costs [to them]?”

The call for an aggressive response to Fakhrizadeh's killing to deter future violent attacks against Iran was voiced by the hardliner Kayan daily on November 29, when it suggested a destructive attack on the Israeli city of Haifa to inflict maximum "civilian casualties".

Jalili holds a number of state positions. He represents Supreme Leader Ali Khamenei on the Supreme National Security Council (SNSC), as well being Khamenei’s appointee at the Expediency Council and the Strategic Council of Foreign Policy. Now 56, Jalili was badly injured during the 1980-88 war with Iraq, when he lost the lower part of his right leg fighting as a Basij volunteer.

As SNSC Secretary between 2007 and 2013, Jalili led for Iran in a fruitless period of talks with European powers over Iran’s nuclear program. He was once described by Mohammad Marandi, a professor at Tehran University, as “not the sort of person to give major concessions.”

After an unsuccessful presidential campaign in 2013, when he ran third behind Mohammad Bagher Ghalibaf (Qalibaf) and the victorious Rouhani, Jalili promised to form a “shadow administration.” While he has not confirmed he will run in the June election, his supporters are campaigning for him on social media.

In his speech to the Basij students, Jalili criticized US sanctions against Iran and highlighted the way world powers allow “a few countries to have illegal nuclear weapons and decide which other countries can have them.” India, Israel, North Korea and Pakistan all hold atomic weapons outside the Nuclear Non-Proliferation Treaty. But Iran's vehemently anti-Israeli rhetoric and its policy of exporting Shiite influence in regional countries lead to international concern over its nuclear ambition.

City officials in Iran's capital Tehran are planning to put locks on large waste containers in the streets to prevent garbage pickers from accessing waste. END_OF_DOCUMENT_TOKEN_TO_BE_REPLACED

The Biden Administration has confirmed to the US Congress that sanction imposed by its predecessor on Iran have drastically reduced Iran's trade with the world. END_OF_DOCUMENT_TOKEN_TO_BE_REPLACED

The UK government said on Sept 20 that Britain would "not rest" until all its dual nationals being held in Iran were returned home. END_OF_DOCUMENT_TOKEN_TO_BE_REPLACED

There will be no meeting of the Iran nuclear deal participants on the sidelines of the UN General Assembly this week, the EU and Iran have announced.
3 hours 59 sec ago