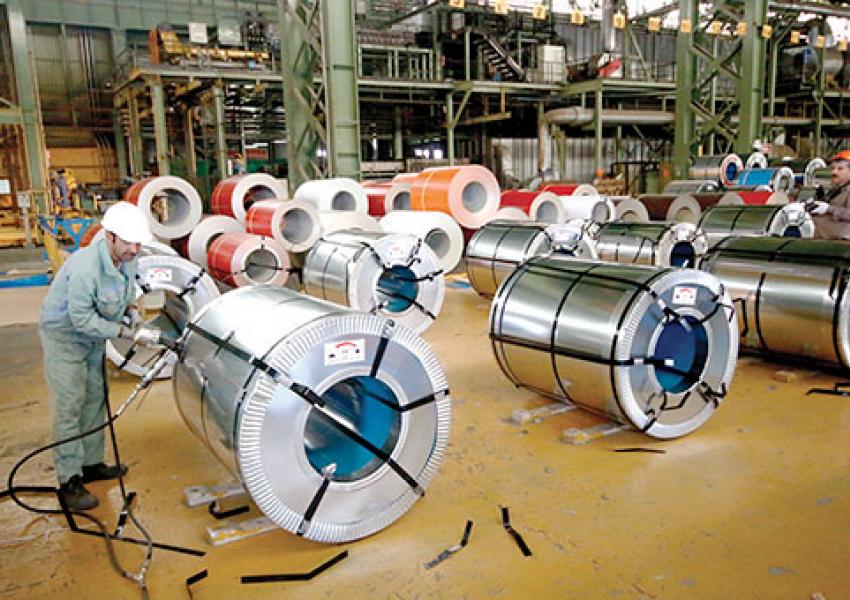 Steel production in Iran has declined by 50 percent in the past three months, a member of the country’s steel producers’ association has told Fars news on Saturday.

Reza Shahrestani who was speaking about why steel exports t Afghanistan have been reduced said that authorities have rationed steel to first satisfy domestic demand and supply foreign customers according to availability.

Bloomberg in an article about Iran’s nuclear negotiations with the West on Friday reported that Iran’s economic situation is improving, and its steel production is up by ten percent and the growth has topped China the pace of Chinese production.

Bloomberg took its information form World Steel Association (WSA) that apparently used misleading data supplied by the Iranian governmentthat claimed production increased by 9 percent in July. WSA is not the only international group that has to rely on Iran’s official data. The International Monetary Fund and the World Bank among others have no presence on the ground and independent research groups are not allowed by the Islamic republic to operate in the country.

Bloomberg wanted to demonstrate that Iran is weathering the pressure of US sanctions and its economy was starting to stabilize. It also cited a forecast by the IMF that Iran’s economy would grow in 2021. But so far this year, signs have shown a worsening economic situation with the rial losing 15 percent more value in recent weeks, inflation rising and specially food price inflation reaching triple-digit numbers, as well as labor and social unrest.

Bloomberg also claimed that Russia and China were assisting Iran’s economy, while there have been no significant Russian or Chinese investments in Iran since former US president Donald Trump withdrew from the Obama-era nuclear agreement in 2018 and imposed crippling sanctions.

Russian trade with Iran is around a modest $2 billion sum annually and trade with China is down due to US sanctions. The only positive factor is that China clandestinely continues to buy some Iranian oil, with most of the profits going to middlemen rather than to the government in Tehran.

Iran has been experiencing serious electricity shortages for the past nine months as its subsidized energy brings an increase in household consumption and illegal cryptocurrency mining coupled with a severe drought have led to power stations unable to meet demand. Sharetsani told Fars that the power shortages hit the steel industry hard and cut production by 50 percent.

The CEO of Hormozgan Steel, Ataollah Marufkhani told local media in July that power cuts have put the lives of steel workers in danger and have cost steel producers in Hormozgan province $18 million in lost revenue.

The reduction in production has led supply shortages and a rise of steel prices in Iran in recent months. 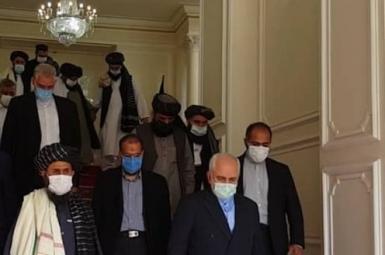 Iranian Economists Concerned About Loss Of Exports To Afghanistan

Iran's president Ebrahim Raisi addressed the UN General Assembly saying his country wants a resumption of nuclear talks with world powers to lead to the removal of US sanctions. END_OF_DOCUMENT_TOKEN_TO_BE_REPLACED

President Joe Biden told the UN General Assembly on September 21 that he will prevent Iran from getting nuclear weapons. END_OF_DOCUMENT_TOKEN_TO_BE_REPLACED

India has seized nearly three tons or $2.72 billion worth of Afghan heorin shipped from Iran. END_OF_DOCUMENT_TOKEN_TO_BE_REPLACED

Iran's foreign ministry spokesman has said that nuclear talks with world powers will start in a few weeks but has not given a firm date. END_OF_DOCUMENT_TOKEN_TO_BE_REPLACED

Debate continues in Iran over the country's nuclear negotiating strategy, with some praising a tougher approach and others cautioning against dogmatism.
6 hours 8 min ago

There will be no meeting of the Iran nuclear deal participants on the sidelines of the UN General Assembly this week, the EU and Iran have announced.
11 hours 29 min ago