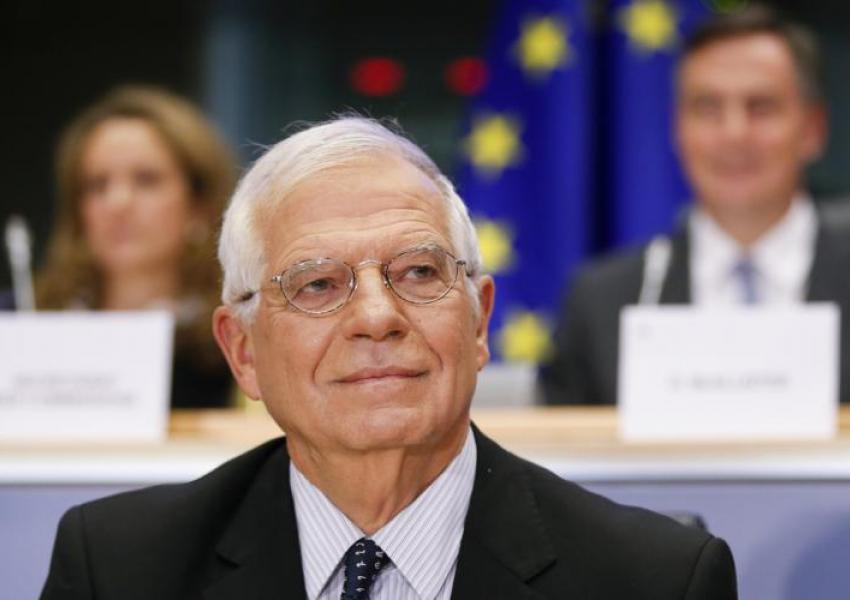 The European Council in a statement released January 11 reiterated its “strong” support for the 2015 Iran nuclear agreement (JCPOA) and voiced “deep regret” over Iran’s decision to enrich uranium to 20 percent, which is a violation of the accords.

The statement released by the office of the High Representative for Foreign Affairs and Security Policy, Josep Borrell, recalled that the EU has repeatedly urged Iran in the past two years to reverse its actions “that are inconsistent” with the JCPOA.

Iran declared in May 2019 that it will take gradual steps away from the agreement as long as the United States continued its sanctions. A year earlier, President Donald Trump withdrew from the JCPOA and began imposing sanctions on Iran, demanding to renegotiate the agreement that he said was weak.

Iran announced January 4 that it started enriching its stockpiled uranium to 20 percent purity. Although not weapons-grade, but stockpiling 20 percent enriched uranium takes Iran closer to obtaining the highly purified uranium it would need to make a bomb.

“The initiation of uranium enrichment to up to 20% by Iran at the underground Fordow Fuel Enrichment Plant, which was confirmed by the IAEA on 4 January, is a very serious development and a matter of deep concern. Iran's action is also inconsistent with the JCPoA's clear provisions on Fordow and has potentially severe proliferation implications,” the statement said.

The European Commission had also expressed regret January 5 over Iran's has resumption of uranium enrichment at a higher level. "We are highly concerned by the measures taken by Iran. This action is in breach of Iran's nuclear commitments and will have serious implications," a spokesman for the Commission told a regular briefing. "It is regrettable, but it is also highly important... that we maintain the agreement," he said.

The EU hopes that Joe Biden will take steps to return to the JCPOA and urged Iran not to make diplomacy harder. “In this context, we also express our support to intensive diplomacy with the goal of facilitating a US return to the JCPoA and Iran's return to full JCPoA implementation.”

Biden has clearly indicated he intends to return to the nuclear agreement, but many experts believe that it will not be a simple process after three years of tensions and violations of the agreement.

The EU welcomed “President-elect Biden’s positive statement” on the JCPOA, and said it looks forward to working with the new administration.

City officials in Iran's capital Tehran are planning to put locks on large waste containers in the streets to prevent garbage pickers from accessing waste. END_OF_DOCUMENT_TOKEN_TO_BE_REPLACED

The Biden Administration has confirmed to the US Congress that sanction imposed by its predecessor on Iran have drastically reduced Iran's trade with the world. END_OF_DOCUMENT_TOKEN_TO_BE_REPLACED

The UK government said on Sept 20 that Britain would "not rest" until all its dual nationals being held in Iran were returned home. END_OF_DOCUMENT_TOKEN_TO_BE_REPLACED