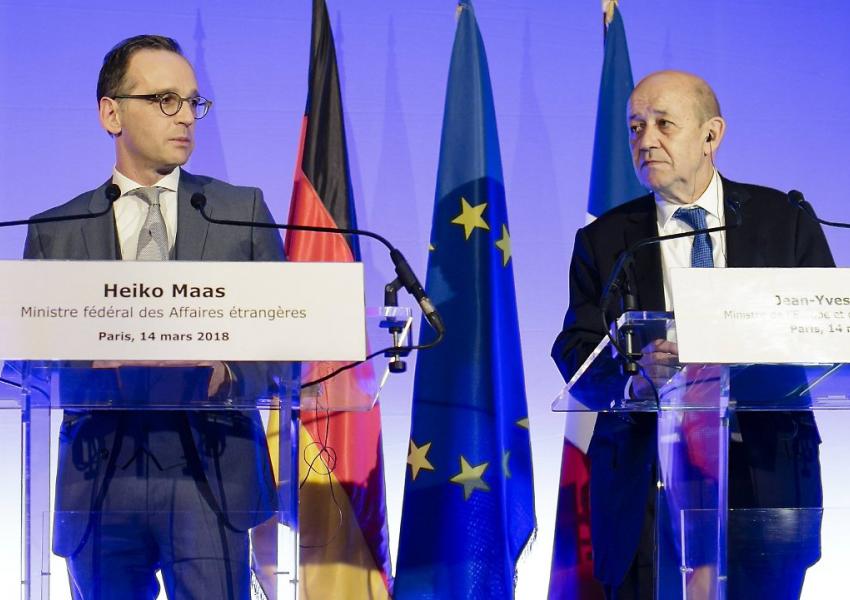 France and Germany Wednesday urged Iran to return quickly to talks in Vienna aimed at reviving Tehran’s 2015 agreement with world powers, which have been suspended since June’s presidential election pending the transition to a new government.

Germany earlier called for talks to resume “as soon as possible.” A ministry spokesperson told a briefing that “the time window won't be open indefinitely.”

Amir-Abdollahian’s suggestion Monday that talks might not restart for “two to three months” may have prompted fresh concerns in Europe over Iran’s intentions.

President Ebrahim Raisi (Raeesi) has so far said little about the nuclear talks, which began in April to revive the 2015 agreement, the JCPOA (Joint Comprehensive Plan of Action).

Raisi told the cabinet Wednesday that diplomatic efforts should focus on expanding regional ties, even though there was little tangible progress at last week’s Baghdad conference, where hopes of a meeting between Amir-Abdollahian and the Saudis came to naught.

France, Germany, and the UK – known as the ‘E3’ – have alongside other JCPOA signatories of China and Russia called on Iran to reverse steps taken in its nuclear program beyond the deal’s limits.

Facts on the ground

While Iran began these steps in 2019 in response to the United States in 2018 leaving the agreement and imposing ‘maximum pressure’ sanctions, Europe senses that Iran may be seeking to establish ‘facts on the ground,’ with a resumed agreement accepting some of the nuclear progress – if only in research and development – that Iran has made.

Europe’s main bug-bears are Iran enriching uranium to 60 percent, far above the JCPOA limit of 3.67 percent and close to the 90 percent considered ‘weapons grade,’ and its use of more advanced centrifuges, ostensibly after older machines were damaged by April’s attack on the Natanz atomic site widely attributed to Israel.

It appears that Tehran is trying to buy time, although its economy is suffering under US sanctions. The Raisi administration and its hardliner supporters believe closer ties with China, Russia and others in Asia can compensate for Iran's economic isolation created by disagreements with the West.

At the same time, Tehran’s foreign currency reserves are low and while China will remain an important buyer of Iran’s oil, Tehran’s exports at several hundred thousand barrels a day (bpd) are nowhere near the 2.5 million bpd before ‘maximum pressure.’

Tehran also faces continuing problems repatriating billions for past exports frozen by Asian banks fearful of punitive US actions. Raisi’s latest appeal to Japan is unlikely to bear early fruit, while around $7 billion is stuck in South Korea.

Iraq’s electricity ministry warned Tuesday that Iran’s natural gas exports had dropped to one-sixth of agreed supply, creating power shortages. But even without growing domestic gas consumption including demand from domestic electricity stations as drought reduces hydroelectric power, Iran faces problems getting paid by Baghdad in the face of US sanctions.

Iran's president Ebrahim Raisi addressed the UN General Assembly saying his country wants a resumption of nuclear talks with world powers to lead to the removal of US sanctions. END_OF_DOCUMENT_TOKEN_TO_BE_REPLACED

President Joe Biden told the UN General Assembly on September 21 that he will prevent Iran from getting nuclear weapons. END_OF_DOCUMENT_TOKEN_TO_BE_REPLACED

India has seized nearly three tons or $2.72 billion worth of Afghan heorin shipped from Iran. END_OF_DOCUMENT_TOKEN_TO_BE_REPLACED

Iran's foreign ministry spokesman has said that nuclear talks with world powers will start in a few weeks but has not given a firm date. END_OF_DOCUMENT_TOKEN_TO_BE_REPLACED