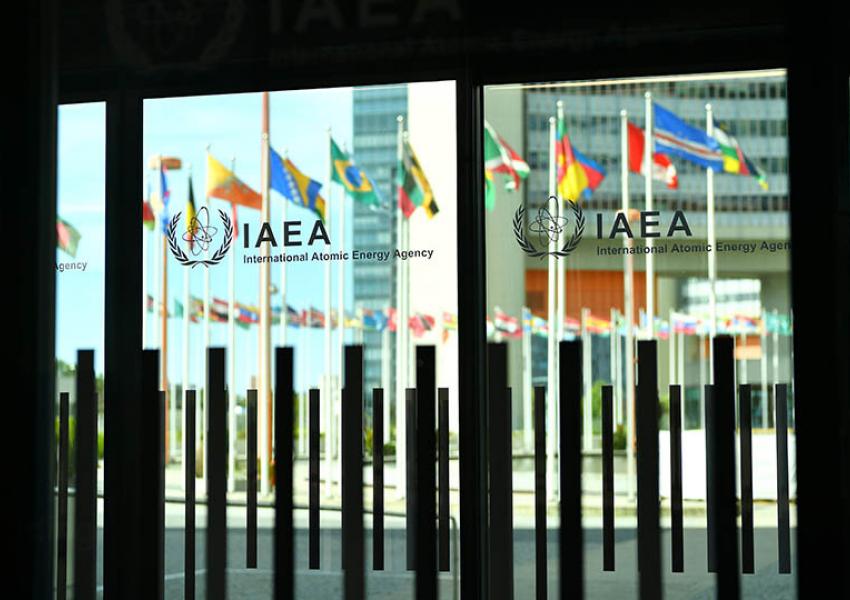 As the International Atomic Energy Agency (IAEA) Board of Governors met in Vienna, the E3 − who with China and Russia − are signatories of the JCPOA wrote: “We remain deeply concerned at Iran’s continued violations of its nuclear-related commitments, including the escalatory steps taken since January 2021. Collectively, these steps present a significant nuclear proliferation risk, have irreversible consequences for Iran’s nuclear capabilities, and undermine the non-proliferation benefits of the JCPOA.”

Iran announced in 2019 it would begin taking steps beyond JCPOA limits in response to draconian sanctions imposed by President Donald Trump after he withdrew the United States from the deal. The E3 joined Russia and China in condemning Trump’s move but failed to offer Iran relief from the sanctions as its economy went into recession.

Iran’s nuclear steps beyond the JCPOA extended in response to tightening US sanctions, November’s killing of nuclear scientist Mohsen Fakhrizadeh and the April attack, widely attributed to US ally Israel, on the Natanz enrichment plant. The reference to January in the E3 statement is to Iran beginning uranium enrichment to 20 percent, beyond the 3.67 percent allowed under the JCPOA. Iran has said all fresh nuclear steps it has taken can be easily reversed once the US withdraws all sanctions incompatible with the JCPOA.

As President Joe Biden’s administration entered talks in early May in Vienna to revive the JCPOA, it has continued Trump’s sanctions. In response to the Natanz attack Iran began enrichment to 60 percent, close to the 90 percent required for a nuclear device and a level the IAEA says has no civil purpose. Many analysts argue this was not just a response to the Natanz attack but a means to put pressure on the US to reach agreement in Vienna.

The E3 statement expressed regret that Iran’s latest steps had “come at a time when all JCPOA participants and the United States are engaged in substantive discussions, with the objective of finding a diplomatic solution to restore the JCPOA.”

The E3 statement highlighted Iran’s production of uranium metal, a potential component of an atomic bomb as well as a fuel for the Tehran research reactor. This, and enrichment to 60 precent, it called “critical steps for nuclear weapons production and provide irreversible nuclear weapons-related knowledge gains.”

The US State Department spokesman Ned Price said Wednesday said Washington was disturbed by Iran’s failure to satisfy the IAEA over potential undeclared nuclear material. An IAEA report at the end of May said Iranian explanations of uranium traces at several sites were inadequate.

Some of the IAEA’s investigations relate to a trove of documents highlighted by Israel in 2018, which is said had been stolen from a warehouse in Iran. The documents, which Israel has not released, and which Tehran claims at least some of which are forged, relate to nuclear activities taking place prior to 2003.

Rafael Mariano Grossi, the IAEA director-general, reiterated a call for Tehran to provide information, and for Tehran to return to the enhanced inspections regime required by the JCPOA and United Nations Security Council Resolution 2231, which in July 2015 endorsed the nuclear deal.

Iran's president Ebrahim Raisi addressed the UN General Assembly saying his country wants a resumption of nuclear talks with world powers to lead to the removal of US sanctions. END_OF_DOCUMENT_TOKEN_TO_BE_REPLACED

President Joe Biden told the UN General Assembly on September 21 that he will prevent Iran from getting nuclear weapons. END_OF_DOCUMENT_TOKEN_TO_BE_REPLACED

India has seized nearly three tons or $2.72 billion worth of Afghan heorin shipped from Iran. END_OF_DOCUMENT_TOKEN_TO_BE_REPLACED

Iran's foreign ministry spokesman has said that nuclear talks with world powers will start in a few weeks but has not given a firm date. END_OF_DOCUMENT_TOKEN_TO_BE_REPLACED