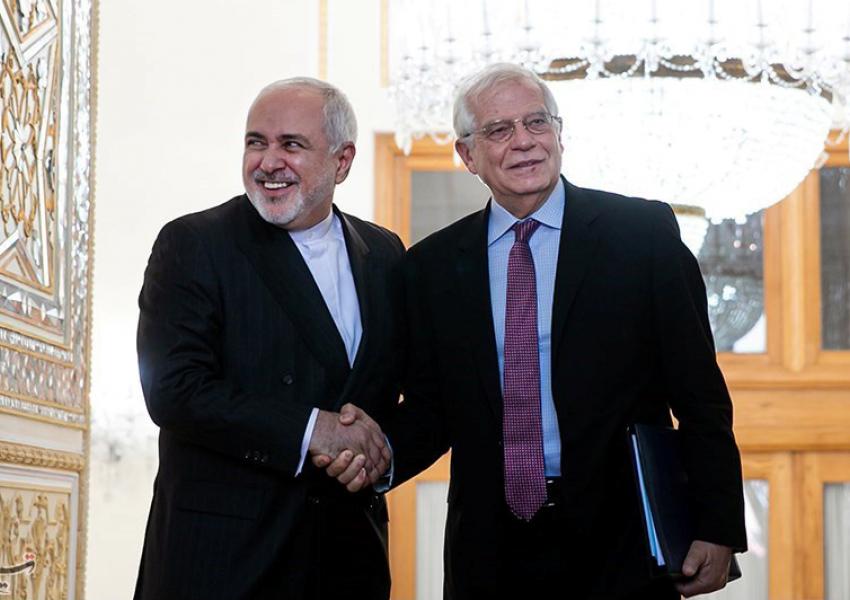 More than 20 former European foreign ministers and leading officials have issued a statement demanding that Iran’s Foreign Minister Mohammad Javad Zarif be held responsible for a bomb plot allegedly organized and planned in 2018 by an Iranian diplomat serving at Tehran’s embassy in Vienna.

The diplomat, Assadollah Assadi, was arrested in Germany and extradited to Belgium after a couple he allegedly recruited to bomb an opposition rally in Villepinte, France, were captured with incriminating evidence. Assadi refused to appear in court alongside three other Iranians in Antwerp, Belgian, in December. A verdict in the case is due on February 4.

Several international figures – including Rudy Giuliani, lawyer to former United States President Donald Trump – were at rally, which was organized by the Mojahedin-e Khalq (MEK), previously allied to Saddam Hussein and considered a ‘terrorist’ group by Tehran.

The former European officials, in a statement sent to the media on Thursday [January 28], draw attention to previous attacks in Europe in which the government of the Islamic Republic was implicated. They note that the European Union in 1997 issued a report finding top Iranian officials responsible for the 1992 Berlin killing of four Iranian opposition leaders including Sadegh Sharafkendi, leader of the Kurdistan Democratic Party of Iran.

Ahead of any court verdict, the statement charges that “23 years later, this time an acting diplomat of the Iranian regime was personally engaged, bringing the bomb from Iran via commercial airline” and that he “hand-delivered it to the would-be bombers.” The signatories express concern that the EU “has failed to take adequate measures” and Iranian intelligence had “continued business as usual.”

The statement demands that Iran’s foreign minister, Mohammad Javad Zarif “be held accountable for his diplomat’s proven role in plotting to blow up a peaceful rally in Villepinte, France.” It advocates the downgrading of diplomatic relations with Iran and that “the activities of Iran’s embassies, religious and cultural centers…be scrutinized,” with the restoration of “normal diplomatic relations” made “subject to Iran packing-up its terrorist apparatus in Europe and giving assurances that it will never engage in terrorism in Europe again.”

The former ministers and officials pinned blame on their own leaders: “Europe’s lack of proper action has emboldened the Iranian authorities in pursuit of their malign activities including terrorism in Europe, convincing them that they have impunity and whatever they do in Europe, even bombing a peaceful rally which could lead to hundreds of deaths, there will be no consequences.”

City officials in Iran's capital Tehran are planning to put locks on large waste containers in the streets to prevent garbage pickers from accessing waste. END_OF_DOCUMENT_TOKEN_TO_BE_REPLACED

The Biden Administration has confirmed to the US Congress that sanction imposed by its predecessor on Iran have drastically reduced Iran's trade with the world. END_OF_DOCUMENT_TOKEN_TO_BE_REPLACED

The UK government said on Sept 20 that Britain would "not rest" until all its dual nationals being held in Iran were returned home. END_OF_DOCUMENT_TOKEN_TO_BE_REPLACED