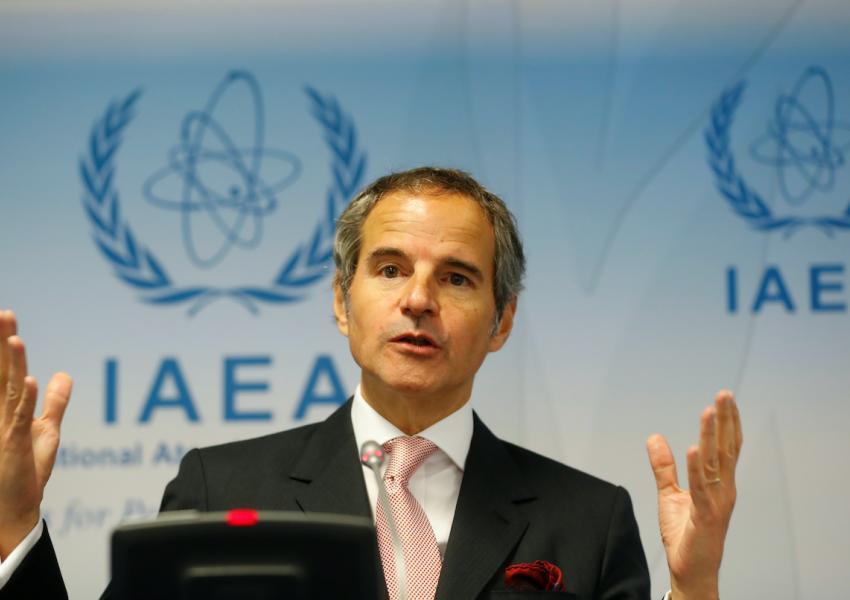 Rafael Mariano Grossi, Director-General of the International Atomic Energy Agency (IAEA), said on Monday that “weeks” rather than “many months” remained if efforts to revive Iran’s 2015 nuclear deal with world powers were to succeed.

Grossi gave an interview with Reuters after claim and counter-claim in Washington and Tehran over Iran expanding its nuclear activities beyond limits laid down by the 2015 deal, known as the JCPOA (Joint Comprehensive Plan of Action).

Behruz Kamalvandi, spokesman for the Atomic Energy Authority of Iran on Monday rejected Saturday’s claim from US Secretary of State Mike Pompeo that legislation passed by the Iranian parliament would end all access of IAEA inspectors if international sanctions on Iran were not lifted in two months.

Grossi said the agency’s role was to carry out its monitoring responsibility – “policing agreements that are made by politicians” – and that it was not for him “to tell the president of the United States and the presidents of France and the prime minister of the United Kingdom and China, Russia, etc., Germany, what to do.”

Grossi said that while he had not been informed by Iran of “an impending suspension of our inspectors’ activities,” he was aware that restrictions were in the law passed in Tehran. “I take it seriously,” he stressed. “And I’m concerned.”

In an interview with Reuters on December 17, Grossi pointed out that a return to the JCPOA, as envisaged by both Iranian President Hassan Rouhani and US President-elect Joe Biden, who takes office in January 20, was not simple but required discussion and agreement over timing and phasing that the IAEA would then monitor.

Since President Donald Trump in 2018 abandoned the JCPOA – an agreement to lift many but not all international sanctions – the US has extended its sanctions regime, a process continued even since Trump lost November’s election as many pro-Trump analysts suggested this could complicate Biden’s challenges in reviving the JCPOA.

Iran’s expansion of its atomic program since 2019 beyond JCPOA limits most recently saw enrichment reach 20%, considerably above the 3.67% permitted by the deal. Iran is also using relatively advanced centrifuges banned by the JCPOA and has expended its stockpile of enriched uranium to around 12 times JCPOA limits.

While the program remains below the scale Iran operated before 2015, monitoring the sequencing of reductions as sanctions are eased would represent a challenge for the IAEA.

“It is obvious that the situation on the ground had changed and is changing and is going to change even more,” Grossi told Reuters in this latest interview [January 11]. “So, there will have to be some clear understanding on how the initial terms or the initial provisions of the JCPOA… are going to be re-complied with…I’m trying to figure out myself how you would do that.”

City officials in Iran's capital Tehran are planning to put locks on large waste containers in the streets to prevent garbage pickers from accessing waste. END_OF_DOCUMENT_TOKEN_TO_BE_REPLACED

The Biden Administration has confirmed to the US Congress that sanction imposed by its predecessor on Iran have drastically reduced Iran's trade with the world. END_OF_DOCUMENT_TOKEN_TO_BE_REPLACED

The UK government said on Sept 20 that Britain would "not rest" until all its dual nationals being held in Iran were returned home. END_OF_DOCUMENT_TOKEN_TO_BE_REPLACED