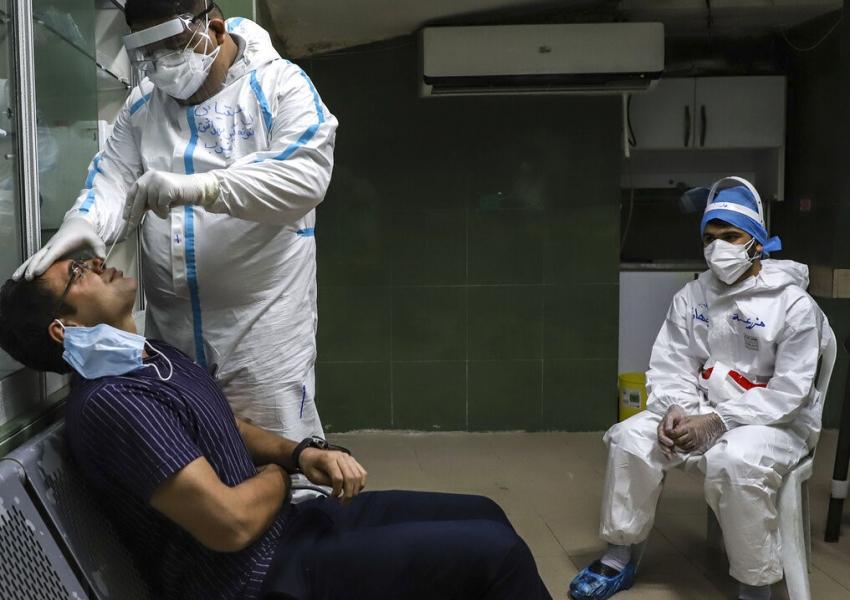 Iran said on Saturday that it would bar travelers from India over a COVID-19 variant to avert its spread in the already stricken country. Officials, however, did not say if any cases of the variant first identified in India in late March had been detected in Iran, the epicentre of the pandemic in the Middle East.

Infetions and deaths have spiked in Iran since late March, when officials did not ban inter-city travel over the Nowruz Iranian New Year holidays. Before the week-long break, the government was announcing less than 100 deaths per day. In mid-April that number shot up to more than 400 deaths.

“The Indian coronavirus is a new threat we face,” President Hassan Rouhani said in remarks broadcast on state TV.

“The Indian virus is more dangerous than the English and Brazilian variants,” he added.

“All the eastern provinces should make sure people infected with the virus do not cross the borders into the country,” Rouhani said. Iran's eastern provinces border with Pakistan and Afghanistan. Visitors can also travel Iran by way of the Gulf.

Iran's civil aviation organization announced on local media that all flights to and from India and Pakistan would be halted from midnight Sunday.

Health Minister Saeed Namaki has asked the interior minister to “halt the direct and indirect transport of travellers from India”, Iranian media reported.

Most of Iran, whose coronavirus cases have surpassed 2 million, has been under a lockdown for the past two weeks as it grapples with a fourth wave of the pandemic. However the government annouced that religious gatherings during the month of Ramadan will not be banned. In cities designated as "red" for the high number of new infections, religious ceremonies can be held outdoors, while in "orange" cities gatherings can be held indoors.

The health ministry has reported a daily average of over 20,000 infections. Nearly 70,000 have died. These numbers have been questioned by some local government officials and health experts who have said the real figures are much higher.

The country's vaccination drive, meanwhile, has been slow going. The latest figures show that just 0.4 percent of the population, mainly health workers, have been inoculated by Russian and Chinese vaccines.

Iran's Supreme Leader Ali Khamenei banned American and British vaccines in early January, saying he does not trust them and urged the development of local variants. Officials have repeatedly claimed progress in the development of at least four domestic variants but it might take months before any reach mass production.

City officials in Iran's capital Tehran are planning to put locks on large waste containers in the streets to prevent garbage pickers from accessing waste. END_OF_DOCUMENT_TOKEN_TO_BE_REPLACED

The Biden Administration has confirmed to the US Congress that sanction imposed by its predecessor on Iran have drastically reduced Iran's trade with the world. END_OF_DOCUMENT_TOKEN_TO_BE_REPLACED

The UK government said on Sept 20 that Britain would "not rest" until all its dual nationals being held in Iran were returned home. END_OF_DOCUMENT_TOKEN_TO_BE_REPLACED

There will be no meeting of the Iran nuclear deal participants on the sidelines of the UN General Assembly this week, the EU and Iran have announced.
2 hours 57 min ago

Iran’s nuclear supremo Mohammad Eslami has told the IAEA general assembly in Vienna that Iran expects US sanctions removed for Tehran to return to 2015 nuclear deal.
20 hours 5 min ago